Q&A with Ed Park on his debut novel "Personal Days" 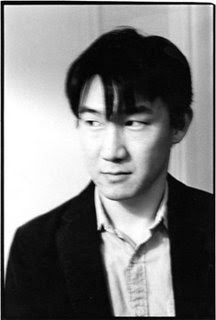 (Originally published in the Newark Star-Ledger on June 22, 2008)

“The Ninth Circle of Cubicle Hell”

In Ed Park’s hilarious debut novel “Personal Days”(Random House, $13), a crew of office drones wait at a unnamed New York City corporate hell for the downsizing ax to fall. In a witty satire of office culture, Park harnesses the Orwellian doublespeak of corporate bloodletting, where workers are stripped of tasks and fired by speakerphone, while the survivors wait for the ominous “Californians” to fly in and brutally fire the rest. An eerie calm settles in as the workers realize that someone is out to destroy the company.

“Personal Days” was inspired in part by the corporate gutting of the once-venerable Village Voice, where Park was fired as an editor in 2006. In his dead-on character studies, Park introduces the reader to Pru, the ex-graduate-student-turned-cubicle inmate, and Jack II, who gives unwanted “jackrubs.” There is Sprout, the Canadian boss who may be evil, and the bizarre Grime, a British worker who has a murky past and an impenetrable accent. There is the highly neurotic Lars, and Jill, who compiles the “Jilliad,” a collection of ludicrous business writings that becomes an almost holy text for the remaining workers. The literary coup at the end of the novel is a 52-page sentence, written by a worker trapped in an elevator with a dying laptop, answering all mysteries and making a strangled plea for love.

Park, 37, was raised in Buffalo and educated at Yale and Columbia universities. He was the editor of the Village Voice Literary Supplement and is a founding editor of “The Believer.” Park spoke with freelance writer Dylan Foley at a cafe not far from his Manhattan apartment.

Q. You started writing fragments of “Personal Days” during the mass firings and layoffs at the Village Voice. What was the process?

A. At some point in 2005, I started writing and didn’t really know what I was working on. “Personal Days” is definitely not a roman a clef about the Voice, but as things at the Voice started going downhill more and more, there was more material. I had never written about the office before and all of a sudden, I was sitting on this great material--all these interesting hierarchies, the interactions between people in the office and the language they use. As the downsizing accelerated, this chaos and confusion magnified everything. The stories were screaming to be used.

For most people at work, there is the mystery, who rules over me? During the Voice downsizing, you had executives flying in from out of town. They have this embarrassingly dumb swagger and they pretend they know everything, which they clearly don’t. I was treated shabbily, but there were people treated worse. I eventually was fired over speakerphone.

Q. The novel is written in three distinct sections--a breezy, first-person narrative, an ominous report written in outline form and a 52-page single sentence. Why?

A. If you are going to write a novel about restructuring a company, you should have a structure that is changing, that is being restructured. That’s why there are three distinct narratives in the novel. The first section is “bad things are happening,” but it is entertaining and written in bite-sized sections. The second section is more anonymous. You have this report but who wrote it? The third section needed to be radically different. It is a love letter and a solution to various mysteries.

Q. The boss Sprout seems to be evil, but with a human face. How did he evolve in the novel?

A. I thought it was funny to have a character like Sprout who was described as “a proud native of Canada.” I started trying to make Sprout be seen as a bad guy through the eyes of his employees. By the end, I wanted him to be a more sympathetic character. You have to figure out the position that he was put in with the firings and who put him there.

Q. In one hysterical section, a fired worker named Jill leaves behind a notebook called “The Jilliad,” a compilation of absurd business sayings. How did you write this?

A. The Jilliad is the one part I didn’t write on my laptop. I wrote it using an old-fashioned typewriter. The typewriter gave the section a neat tone. Jill is this milquetoast character who won’t go into therapy because she is too shy. On the other hand, she is this incredible project going on, that speaks to incredible depths of character. I made all the business homilies up. It was me doing a workout on the typewriter.
Posted by Dylan Foley at 6:50 PM