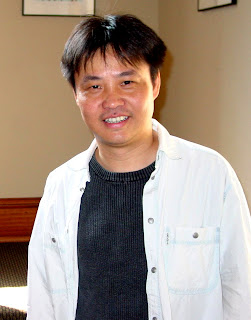 Yu Hua is one of China’s most prominent writers, author of the modern classic novels “To Live” and “Chronicle of a Blood Merchant,” which examine the horrific abuses in Maoist China and the corruption of the present day.

In his sublime essay collection, “China in Ten Words” (Pantheon, 228 pp., $25.95), Hua explores his often spartan childhood during the Cultural Revolution in the 1960s and 1970s and the rampant corruption of modern China. Hua starts each chapter with a thematic word. In “Reading,” Hua looks at the period after most literature had been burned by zealots. In “Writing,” he reads sexually explicit posters that attacked local “fornicators.” In “Leader,” he remembers the absurd Maoist cult of his childhood. In “Bamboozle,” he turns his intellectual guns on the present-day culture of lies and swindles that threaten to undermine Chinese morality and social order. Hua’s account is a readable and engrossing look at the perils China faces, with deep roots in the trauma of the past.

Hua, 51, spoke with freelance writer Dylan Foley by telephone from the Pomona, Calif., office of his translator, Allan Barr.

Q. You address the tortured history of the Cultural Revolution and the greed and corruption of modern China with mostly amusement, but write about moments of sheer horror without editorializing. How did you create this voice?

A. Because this is a work of nonfiction, my approach to writing it was different from my novels. I considered the importance of keeping this book grounded on a realistic level. Rather than making a polemical case, I felt it was more important to tell a vivid story and then let the story speak for itself, rather than to add a layer of commentary. Q. During the Cultural Revolution, you grew up in a China almost completely stripped of literature. How did you cope with this?
A. A lot of real literature had been burned by the Red Guards in bonfires. All that was left was the poetry of Chairman Mao and the works of a writer named Lu Xun. When your reading is limited to the works of two writers, it is very dry, arid and unappetizing. We were terribly keen to read other books, but the few remaining books had been read by many people and were missing many front and back pages.

Q. Toward the end of the Cultural Revolution, you and your friends became street toughs, harassing people who were selling cooking oil coupons on the black market. In one case, you mercilessly beat a young farmer. How do you view this attack 35 years later?

A. Often, people don’t have ideas of their own and are very affected by their environment. I was proud back then to be catching people who were selling coupons. I look back at (the beating) as very shameful. It was part and parcel of living in that society, where the environment shapes your values.

Q. You have quipped that “revolution” in the modern China means evictions and greed. There is now tremendous wealth and tremendous poverty in China, with little sympathy for the 100 million destitute Chinese. What warnings do you have for the new China?

A. These trends are all effects of what happened in 1989. In the wake of the suppression of the democracy movement, efforts at political reform came to a standstill, whereas economic reforms and changes accelerated. In a society where there is a lack of political transparency and an autocratic control of resources, there are bound to be all kinds of abuses that take place against that backdrop. Chinese society is like a huge box of explosives, a bomb waiting to go off. All that is missing is the fuse that would lead to detonation. There are two roads for China — democratization or revolution. Democratization should be the better one, because it will be incremental. Revolution would create disruption and turmoil.
Posted by Dylan Foley at 6:35 AM