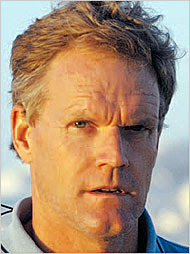 In his engrossing new book, “The Media Relations Department of Hizbollah Wishes You a Happy Birthday: Unexpected Encounters in the Changing Middle East”(Public Affairs, $27), former New York Times Cairo bureau chief Neil MacFarquhar takes a sledgehammer to monolithic views and stereotypes of the Middle East by profiling dissidents, rebels and bloggers who are battling repressive regimes from Egypt to Saudi Arabia and Jordan.

Raised in Libya in the 1960s and fluent in Arabic, MacFarquhar spent two decades as a journalist in the Middle East. In his book, he sets out to show a widely diverse region where wit and black humor are used to combat dictators and the omnipresent secret police. MacFarquhar interviews the host of a Lebanese game show glorifying suicide bombers, but then spends time with a Kuwaiti sex therapist who is a satellite TV icon in the Arab-speaking world. He finds that the Jordanian secret police has their own website, and wonders if one of the FAQs should be, “How do I find what dungeon my relative is in?” MacFarquhar’s book is a combination of history, memoir and travelogue, taking the reader through a vibrant, modern Middle East that is on the cusp of dramatic social and political change.

MacFarquhar, 49, worked for the Associated Press and the New York Times in the Middle East, and presently covers the United Nations for the Times. He met with freelance writer Dylan Foley in a cafe in Manhattan.

Q. What motivated you to write this book?

A. The book was something I always wanted to do, having spent so much time in the region. I got the end of my stint in Cairo, and I wasn’t sure if I had a book because I covered so much violence. The overwhelming amount of time I spent in the region was running off to bombings and all sorts of mayhem. I took all my notebooks, packed them in a trunk and went to the MacDowell Colony in New Hampshire. They gave me a cabin and for six weeks I read through my old notebooks. I downloaded my stories that I had written in a five-year period. There were 460. I took out all the stories that dealt with violence or explosions. There were 60 stories left.

A. The people who live in these countries are great. The Egyptians and Lebanese have wicked senses of humor, which makes surviving in difficult situations possible. The food is wonderful. The people are incredibly hospitable, despite the hostility towards Americans because of American policies towards the region.

Q. Jordan is viewed by some its own dissidents as the “best of the worst” dictatorships in the region. Could you tell me the story of Emad Hajjaj, the Jordanian cartoonist?

Q. You profile Professor Bakr, a woman Saudi rebel who fights the brutal regime against impossible odds. What are Saudi women like?

A. The Saudi women are amazing. They are so strong. You don’t know if it is because they have been repressed for so long or they have always been that way. The women are outspoken and educated. It is a source of frustration that the system doesn’t let them exercise their ambitions. Saudi Arabia has a horribly repressive system. When you spend any time there, you appreciate our separation of church and state.

Q. Opponents to the Syrian dictatorship have no newspapers and are almost completely blocked from the Internet. How do see the situation in Syria?

A. It is sad because it is a country where so much potential has been squashed. A lot of people with talent and brains don’t leave the country because they don’t want to spend their lives fighting the system. I knew this [human-rights] lawyer named Bunni who wound up in jail. He was a giddy optimist, but you have to be one to take the system on.
Posted by Dylan Foley at 9:30 AM