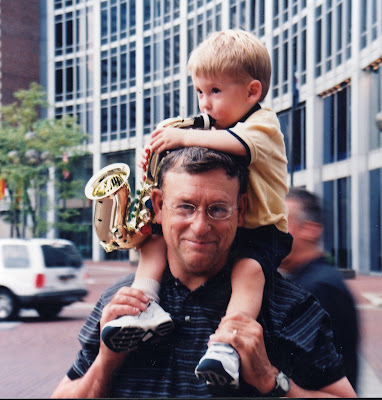 In 1971, Mark Vonnegut published his memoir “Eden Express,” a blistering account of his three mental breakdowns in the late 1960s, set against the backdrop of social unrest and hippie communes. The son of Kurt Vonnegut, America’s great cynical novelist, Mark Vonnegut recovered and became a beloved doctor outside of Boston.

Four decades later, Dr. Vonnegut has published “Just Like Someone Without Mental Illness Only More So”(Delacorte, $24), a memoir dealing with his bipolar disorder diagnosis, his work and his turbulent relationship with his famous father, who would matter-of-factly mention to his children that he might kill himself. In the 1980s, Vonnegut had his last mental breakdown and found himself restrained in the same Massachusetts hospital were he taught medicine. Vonnegut’s account of his recovery, his family and maintaining his mental health is a humane look at his own situation, as well as the patients he treats with compassion.

Vonnegut, 63, is a practicing pediatrician, and spoke with freelance writer Dylan Foley by telephone from his home in Milton, Mass.

Q. After four decades of swearing off another book, why did you write this one?

A. I wrote the introduction to my father’s book of essays “Armageddon in Retrospect” and liked it. I realized, “I can write pretty well.” My wife and friends have been telling me for years that I should write another book.

Q. How do you compare your experience with a crewcut Harvard psychiatrist in the late 1960s and managed care today?

A. When my psychiatrist and I were in charge of my care, each appointment cost $100. He didn’t have to verify my insurance. There was not a quality-improvement criteria like there is now. He did not have to assign a diagnosis. I am faced with this in my own practice. My true diagnosis for a kid may be “School is not his thing.” I can’t say that. It has to be “attention-deficit disorder with or without hyperactivity.” I cannot get paid unless I give him a diagnosis.

Q. How did your medical colleagues handle your fourth breakdown in the 1980s?

A. There were several sessions between my nervous partners and my psychiatrist. My partners would take me out to lunch, then for grand rounds at the hospital, making sure I was okay.
Q. How does society handle mental illness now, compared to when “Eden Express” came out?

A. It is still stigmatizing. People who can pass for normal do. The thing that is different now, and that will help us deal with mental illness better, is the fact that the mentally ill are no longer warehoused. We now have a day-to-day awareness that mental illness exists.

Q. How was it growing up with Kurt Vonnegut as your father?

There was a point when I was 15 or 16 that I realized that my father wanted me to be a loner. I decided, “It’s okay to be an introvert, but I don’t want to be a loner. I want a few other people in my life.”

I came across these photos of my father as a teenager. He was smiling boy, always with his arm around a girl. I’ve come to see him as a sweet nice kid who went to war. He was beaten by Nazi guards, he almost starved to death. In Dresden, he pulled dead bodies out of bomb shelters. I think he had post-traumatic stress disorder. It was after the war that he became able to write with depth. It became easy to forgive him, but also he’s not around to pick on anymore.

Please check out my interview with Charles Shields' on his fascinating and tortured portrait of Kurt Vonnegut: