James Traub on the Debacles of the United Nation 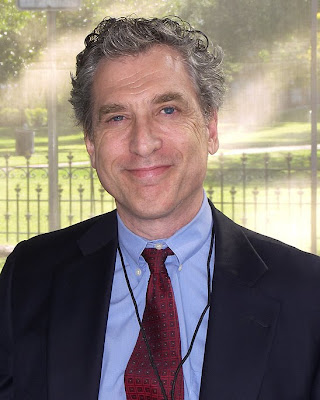 (Originally published in the Newark Star-Ledger in November 2006)

In his book “The Best Intentions: Kofi Annan and the UN in the Era of American World Power” (FSG, $26), journalist James Traub focuses on the last 10 years of the United Nations and its turbulent relationship with the world’s only superpower, the United States of America.

Since 1997, United Nations has been personified by its Secretary General Kofi Annan, a soft-spoken, charming career diplomat. The work of the United Nations and its elusive quest for world peace and stability is hobbled by its massive bureaucracy, slow decision-making process and a need to pander to the United States. Traub shows a United Nations battered by scandal and the institution’s refusal to support the U.S. war in Iraq . It is also a grim chronicle of the moral failure of the U.N., the United States and the other Western powers to address and stop ethnic cleansing in Bosnia, genocide in Rwanda and large-scale, ongoing massacres in the Darfur region of the Sudan. Thrown into the mix is the verbally abusive U.S. Ambassador John Bolton, who almost singlehandedly scuttles a U.N. reform plan in 2005.

Traub, a contributing writer to the New York Times Magazine, spoke to freelance writer Dylan Foley at a coffee shop in Manhattan.

Q. Why did Kofi Annan consent to three years of extensive access for you to write this book?

A. I had written a profile of Kofi Annan for the Times Magazine in 1998 and wrote about the U.N. and U.N. operations at various times up to 2003, when I started the book. The reason he said yes to access, given understandable reluctance, was because he knew me and he knew my work. He knew that I was no U.N. loyalist, but that I was a sympathetic critic. He felt that this book would be good for the institution. It’s not as sympathetic as he thought it was going to be.

Q. In your book, Annan comes off as a soulful, distant character. How would you describe him?

A. A longtime colleague of Annan’s, Kieran Pendergast, made a comparison of Kofi Annan to Ronald Reagan. He has that capacity to project warmth and so on. He’s not the self-deluded person that Reagan was, but there is this kind of empty space in the middle. His identification with the U.N. is total. For Annan, it is difficult to separate good for the institution from bad for the institution, from good and bad generally.

Q. Your book details the U.N.’s failure, along with the United States and the Western powers, to prevent ethic cleansing, genocide and mass murder in Bosnia, Rwanda and Darfur. Where does this failure come from?

At the United Nations, there is this kind of really dysfunctional adaptation. It works something like this: “We in the Secretariat have learned from from long experience that the members are unwilling to grasp the nettle in the face of violence, to do the difficult thing and make a robust response. We adapt to this by not putting ourselves in a position where we will be demanding something that will not be forthcoming.” The culture of the institutions is shaped by its limitations.

Q. How do you compare the American relationships with the Clinton and George W. Bush administrations?

A. One can easily romanticize the Clinton era at the U.N., but that would be wrong. We tend to simplistically think that under Clinton, we were a multinational country and everybody liked us. Then along came George Bush and we became a unilateral country and everybody hated us. Under Clinton, we single-handedly toppled the last secretary general. We refused to pay our dues. By the time Kofi Annan became secretary general in 1997, the relationship between the U.S. and the U.N. was very bad. With the Bush administration, you had a toxic combination of America at the flood-tide of its powers, an administration skeptical of the virtues of multilateralism and the mobilizing force of 9-11, which says to the administration that we could not accept constraints on our behavior.

Q. During his second term, Annan was battered by scandals at the U.N. What was the effect on him?

A. He had a completely charmed life for the first six years of as secretary general. He was completely unprepared to be beaten up. Because of his glamorous existence, fate was waiting to get him, fate in the form of the Bush administration and the Iraq War. Starting with 2002, he was getting hammered--the Iraq War resolution, the U.N. officers killed in Iraq, the “Oil for Food” scandal, as well as the sexual abuse scandal in the Congo. Everything took a toll on him. If you suck all that poison in, it corrodes you.

Q. What was the U.S. Ambassador to the U.N. John Bolton’s effect on the latest reform process?

A. The irony was John Bolton is like Secretary of Defense Donald Rumsfeld. He’s going to be gone now, but he already did the damage. Vice President Cheney’s team demanded that they have a guy at the U.N. who believed the U.N. was bad and could be prevented from doing the bad stuff it does. Bolton has been an adroit, intelligent figure on Iran and North Korea. I don’t believe Bolton consciously thought he was going to wreck the reform process, but by infuriating everybody and by increasing everybody’s ill-favor, he made getting what the U.S. wanted with U.N. reforms that much harder.