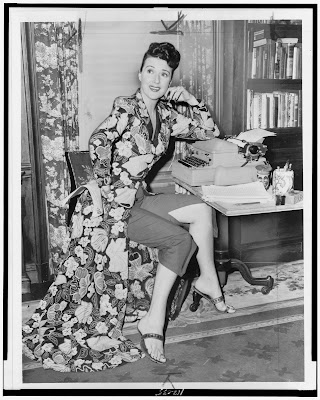 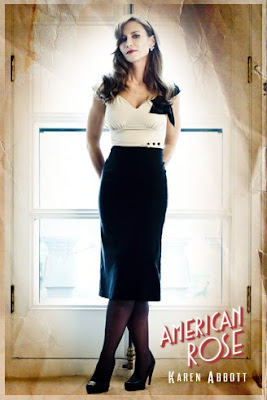 In her new book, “”American Rose: A Nation Laid Bare, The Life and Times of Gypsy Rose Lee”(Random House, $26), the journalist Karen Abbott has written a thrilling history of America’s last and best burlesque star, whose career went from the Jazz Age, through the Depression and into the prosperity of postwar America.

Born in 1911, Louise Hovick was an awkward vaudeville kiddie performer, overshadowed by her talented sister June and her stage-mother-from-hell Mama Rose, who may have murdered two people. At 18, faced with destitution, Louise remade herself into Gypsy Rose Lee, star of Broadway burlesque. Gypsy became one of America’s most famous celebrities, a public figure that no one really knew, consorting with mobsters and politicians. In a meticulously researched book, Abbott takes readers on a wild ride through the middle American roadhouses to Broadway and Beverly Hills, digging through the complicated, dark and triumphant life of Gypsy Rose Lee.

Abbott, 37, is the author of the acclaimed “Sin in the Second City,” a book about Chicago’s most notorious brothel. Abbott spoke with freelance writer Dylan Foley in a cafe in New York City.

Q. Gypsy Rose Lee made up big chunks of her life story. How did you separate fact from fiction?

A. You go through all the material. I tried to tell the story as truthfully as I could. If something was not clear or there were several versions of the story, I backed it up in the end notes. Sometimes little bits of truth were found between stories. Gypsy kept these meticulous scrapbooks of her career and there were many letters between her and Mama Rose.

Q. Gypsy’s career goes from vaudeville to the rise of burlesque in the late 1930s, and she ends up with a talk show in the 1960s. How did you tell her story?

A. Gypsy’s story is a microcosm of the 20th century. Her life unfolds through these events, including the Depression. I structured the book as a striptease. You drop stuff here, you tease, then pull away. I literally had scraps of paper all over the floor, trying to arrange things. I really liked that Gypsy’s life dovetailed with all these important events.

Q. In the musical “Gypsy,” we see a young Louise being pushed into becoming the great stripper Gypsy Rose Lee. Is that an accurate account?

A. In the musical, we see her as a fluke, with her mother pushing her out on stage. In my research, I see her as smarter and more calculating. She was always jealous of her sister June. When she opened her mouth for the first time onstage, she was Gypsy Rose Lee. Here was this force of nature, this steely woman who suffered from ulcers. June said that Gypsy’s body reacted because her soul protested. Gypsy had a hard time reconciling everything that she had to do as Gypsy with what she had been.

Q. After three years of research and writing, how did you view Mama Rose?

Q. At the end of the day, how do you see Gypsy Rose Lee?

A. She was not an inherently likable character, but I did like her. Sometimes she was awful, sometimes I was intimidated by her. It shifted every page. Her story was the quintessential rags-to-riches story, but it was Cinderella as shot by the director Tim Burton.
Posted by Dylan Foley at 9:44 PM