The Horrors and Obsessions of Russian Literature 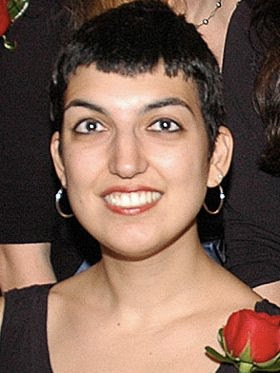 In her delightful debut nonfiction book “The Possessed: Adventures with Russian Books and the People Who Read Them”(FSG, $15) the writer Elif Batuman explores the eccentrics, the obsessives and the romantics like herself who study the dark works of Leo Tolstoy, Dostoevsky and Pushkin.

In 2001, Batuman was a recent college grad struggling to finish a novel. A broken arm and several other occurrences led her to enter a Ph.D. program in comparative literature at Stanford University. Batuman became immersed in the melancholy world of Russian studies. Mixing hilarious personal stories with astute observations on the the world of academia, Batuman chronicles a California symposium on the murdered writer Isaac Babel, whose elderly daughters are fighting tooth and nail, a conference at Tolsoy’s farm in Russia filled with professors and lunatics and a trip to an ice palace in St. Petersburg. Batuman recounts the comic summer she spent in Uzbekistan, as well as the psychodrama of graduate students at Stanford acting out the tortured love stories in Dostoevsky’s “The Possessed.”

Batuman, 32, was raised in New Jersey, and got her Ph.D. in comparative literature at Stanford, where she still teaches. She spoke with freelance writer Dylan Foley by telephone from her home in San Francisco.

Q. Could you tell us what draws people into studying Russian language and literature?

A. By the time I got to college, the Cold War was basically over. Even for my generation, the appeal was that Russia was the only place in the world that was exactly like America, but everything was opposite and everything was secret. The difficulty of the language attracts ambitious people, but also people who are attracted to things that will always be hard and challenge them.

As for the literature, the darkness and depressing nature is a big part of it. I grew up in New Jersey, in Florham Park and Summit. In high school, my friends and I were always phenomenally depressed, even though we weren’t Russian. There was something about the (Chekov play) “The Three Sisters,” where the sisters were trapped: “Oh, someday, I am going to go to Moscow.” There was something very familiar to me about growing up in the suburbs. It was a very strange place, where nothing was accessible. New York was very close, but it was also somewhere else.

Q. You won a grant to study the Uzbek language in Samarkand, Uzbekistan, but found out the language wouldn’t help your academic career. You were told if you rejected the grant, you would never get another one, so you and your soon-to-be ex-boyfriend went to Uzbekistan for a summer. Why?

A. There is a Henry James line, “You should never regret a generous error.” That has been a policy of mine. When in doubt, it is better to do the less conservative thing and to err on the side of the more colorful, possibly terrible mistake. That comes from thinking of yourself as a writer. Even if I have a completely horrible time, I will have some material I wouldn’t of had otherwise. The mid-twenties is also such a bad time in your life. You will probably be depressed and miserable anyway. If you are in a breakup, you might as well go all the way and spend the summer in Samarkand, with no air-conditioning, learning a language you have no use for. At least it adds some romance to a depressing situation.

Q. Led by a charismatic Croatian grad student, you and a small group studied Dostoevsky’s “The Possessed” and accidentally mimicked the unhealthy love triangles in the book. What happened?

A. We were all very young, but we were all graduate students and used to analyzing and overanalyzing everything. The creepy quality was how we all played out our roles, even though they were potentially very damaging and even though we knew better and knew what was happening.
Posted by Dylan Foley at 6:25 AM