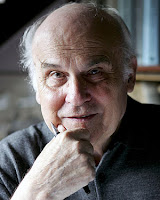 (Originally published in the Newark Star-Ledger)

As the Polish journalist Ryszard Kapuscinski battled terminal cancer during the last several years of his life, he worked on his final book “Travels with Herodotus,” which weaved memoir together with an examination of the role that the writing of the ancient Greek historian played in his 50-year reporting career. Kapuscinski died in Warsaw last January.

When Kapuscinski, a legendary foreign correspondent, was being sent to his first disastrous posting in India in the mid-1950s, his editor handed him a copy of Herodotus’ “The Histories,” written in the 5th century B.C. He wound up using Herodotus as a guide and mentor while covering 27 wars and revolutions, including the disastrous civil wars in Nigeria, the Congo, and Angola. Kapuscinski was sentenced to death four times in different countries.

Kapuscinski’s books first hit the United States in translation in the 1980s. “The Emperor,” his sublime account of the fall of Haile Selaisse in Ethiopia in the mid-1970s was told through pompous voices of Selaisse’s courtiers, in hiding after the Marxist coup. “Another Day of Life” told the descent of Angola into two decades of civil war, as the South African and Cuban armies stood poised to invade. His best work came from covering the grotesque wars of postcolonial Africa.

In India, Kapuscinski picked up the role of the eternal outsider, the Western observer, that informed his stoic, matter-of-fact writing. He used Herodotus to explore India.

By the early 1960s, Kapuscinski was working for the Polish Press Agency. He was sent to Ghana to cover Kwame Nkrumah and the liberation of Africa. Meanwhile, he was still reading Herodotus. The central conflict in “The Histories” is the 6th century B.C. battle between the Greeks and the Persians. The democratic Greek city states could not get themselves organized in confronting the rapacious Persians under Darius the Great.

For Kapuscinski, Herodotus is the first reporter in history: “[Herodotus] keeps conducting his investigations, citing various opinions about an incident or else rejecting them all outright as being absurd or contrary to common sense.” In his detached, amused prose, Kapuscinski fixated on Herodotus’ tireless work ethic, his almost modern assimilation of information, and the lack of fear or complaint shown in his writing.

The style and philosophy that Kapuscinski developed covering the bloody and usually pointless wars in Africa and South America was a profound distrust of authority, accentuated by growing up under the Nazis and the Soviets, and compassion for the civilian populations who pay the price. In “The Emperor,” he outlines the greed that led Haile Selaisse to steal foreign aid to build palaces while hundreds of thousands died. He pulled the little emperor off his mythical pedestal.

Immediately after Kapuscinski’s death in January 2007, Jack Shafer of the political website “Slate” published a snide polemic called “The Lies of Ryszard Kapuscinski,” detailing several outright fabrications in Kapuscinski’s reporting, especially in “The Emperor.” The material was troubling, meaning that Kapuscinski’s work now has to be read with other histories to confirm its accuracy.

Like most polemics, the “Slate” piece missed the larger picture, in this case being the true beauty of Kapuscinski’s work, from the absurdity of El Salvador’s invasion of Honduras after a questionable loss in the quarter-finals in the 1969 World Cup to the poignancy of his 40-year-old houseboy breaking down after his 9-year-old son was murdered by the Idi Amin’s soldiers in 1970s Uganda. No other books bring to life the fractured horrors of 1960s African independence, a period of turmoil that led to the corrupt, evil leaders in Zaire (now the Congo) and Kenya. This was the bill from the Cold War, the proxy wars played out on the African soil.

One thing that Kapuscinski never did was bang the drums of war or indulge in shameless bloodlust, as much of the American media did in the 1991 Gulf War or in the invasion of Iraq in 2003. In the new book, he questions to depth of the work he did, covering riots with burning cars and dead bodies. What did this all accomplish?

At the end of “Travels with Herodotus,” Kapuscinski sails to Halicarnassus, the Greek island (now part of Turkey), where Herodotus was born. Kapuscinski appears worn out, and muses on his relationship with the historian he calls “The Greek.” “We wandered together for years...For although Herodotus was always straightforward, kind and gentle in relation to others, there was always in me the feeling of rubbing shoulders undeservedly, perhaps presumptuously, but always thankfully, with a giant.”

Now Kapuscinski is dead, but his books will remain as standards for writing with compassion about the horrors of war, about corrupt dictatorships that trample their citizens to satisfy pure greed. If we are lucky, maybe a sophisticated editor will pass on copies “Another Day of Life,” “The Emperor” or “The Soccer War” to an untested, newly minted foreign correspondent going out into the field.

Dylan Foley is a freelance writer from Brooklyn, N.Y.
Posted by Dylan Foley at 4:17 PM