Ann Patchett on her new novel "State of Wonder" 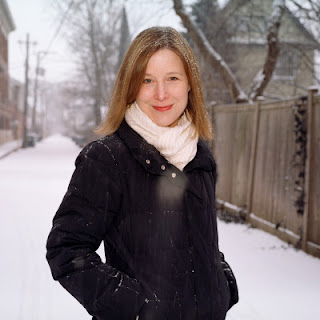 In her new book State of Wonder(HarperCollins, $27), the novelist Ann Patchett explores the staid life of the medical researcher Marina Singh who works for a pharmaceutical company in Minnesota. Marina’s world is broken open when it is reported that her officemate Anders Eckman has died of fever in the Amazon while tracking down the fierce and mysterious Dr. Annick Swenson, a research scientist.

Marina’s boss and the dead man’s widow demand that she travel down to the Amazon to find both Ander’s body and Swenson. Swenson is living with an Amazonian tribe where women give birth until the end of their lives, doing research on the holy grail of fertility drugs. Marina’s quest is personal-- twenty years before, Swenson destroyed Marina’s career as a doctor. In a wild tale inspired by Werner Herzog’s film “Fitzcaraldo”, and Henry James’ novel “The Ambassadors,” Marina is stripped and battered by the jungle in her quest for the truth. In her lowest moments, Marina finds sources of great resilience and even triumph.

Patchett , 47, is the author of six books of fiction, including the bestselling “Bel Canto.” She spoke with freelance writer Dylan Foley by telephone from her home in Memphis, Tennessee.

Q. Where did the book come from?

A. I wanted to write book about an adult student who finds the teacher who shaped her life years before. Everything that happened to Marina was set in motion by her teacher, and that teacher doesn’t remember her. Their meeting was the germ of the book. It went from there. What did they do for a living, where did they go?

Q. Did you go down to the Amazon for research?

A. Yes, I was there for 10 days. It was frankly for the visual. I just wanted to see the leaves and the birds. I loved it for three days, but by the tenth day, I would have sold my soul to get out of the Amazon. The jungle was claustrophobic and oppressive. In his memoir, Werner Herzog wrote just how murderous the jungle was.

Q. In the Amazon, Marina is stripped of her possessions several times and faces numerous hardships. What inspired you to write about her transformation?

A. What interested me was this idea of what can you lose, how far can you go? Marina just loses and loses. At every “giving up,” she comes closer to her strengths, her own self-definitions and knowledge of her own ability.

Q. What were your role models for the brutal Dr. Swenson?

A. My husband’s a doctor. I’ve spent 17 years listening to these colorful and horrible residency stories. Medical education is based on fraternity hazing and there are fantastical stories of cruelty which you fully participate in. Dr. Swenson was very available to me as a character.

Q. Swenson’s decades-long research aims to develop a drug where women can give birth into their seventies and eighties. Was this a commentary on America’s recent infatuation with fertility and in-vitro fertilization?

A. This is not an autobiographical book. I knew I never wanted children. I’ve spent my whole life having people tell me I was wrong, “Get on board, the train is leaving.” The nice thing about being 47 is that people don’t ask anymore.

We as a country refuse to realize that we are making choices. If your choice is that you are going to have a big career and marry later, you are making a choice. At some point, not having a child means you’ve made the choice. What if you got exactly what you wanted, what if the door was open forever? Is that what you want? It doesn’t look very good, having a child at 70.

Q. You are embarking on a big national book tour. Do you enjoy doing them?

A. No. I’d rather go down to the Amazon for a month than go on this book tour.