Rick Moody on the Stories in "Demonology" 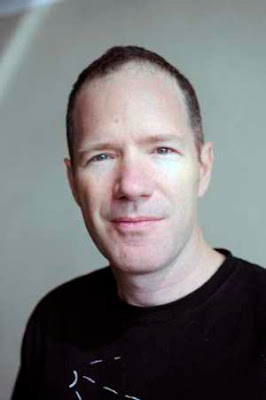 (This interview was originally posted on bn.com in April 2002)


In an apartment filled with natural light high above Brooklyn, New York, Rick Moody spoke to writer Dylan Foley about the unintentional themes behind Demonology, the experimental freedom of short stories, and how he put his life on tape.

Barnes & Noble.com: How long did it take to put Demonology together?

Rick Moody: Some of these short stories are on the older side. The title story "Demonology" itself is five years old. "The Carnival Tradition," the long story, was finished a week before I turned the collection in. Some of the stories were finished before Purple America. They just fit around what I was doing.

B&N.com: At times you were working in two different mediums?

RM: Yes. Maybe it was out of boredom or a short attention span. I guess I need to try to come up with projects that create uncertainty, and that gives me some impetus to solve creative problems.

B&N.com: The themes that appear to be at the center of Demonology are loss, death, mental illness, and social satire. What was your intention with putting this collection together?

RM: The truth is that some of these stories that were published serially were pretty popular. "Demonology" and, to a lesser extent, "The Mansion on the Hill" were being picked up for anthologies. I wanted to have them someplace where people interested in my work could find them. I simply gathered up stuff that had been lying around, but it turns out there were these themes that had been kicking around during this period and crept into things.

It is no secret there was a death in my family and some of the work is about that. There are even stories that aren't about that, where that kind of calamitous event creeps into details as though there were parts of me that were still processing the material.

B&N.com: You put "The Mansion on the Hill," which has a sibling death, first as a farce, and then you put "Demonology" as this piece about your sister at the end. Why did you do this?

RM: The story of my sister kept getting into the work, whether I wanted it or not. If you put "Demonology" first, people would just throw the book across the room. It's a devastating piece. I wanted the collection to rise up to the challenge of it, rather than you get through "Demonology" and it is all warm and jokey after that.

B&N.com: Where did you get the inspiration for "Wilkie Fahnstock: The Boxed Set"?

RM: It started right after I finished The Ice Storm, and while I was writing the stories in The Ring of Brightest Angels Around Heaven [for which Moody won the The Paris Review's prestigious Aga Khan Prize]. I needed a break. I decided to embark on this project, to get totally away from narrative for a while. I decided to assemble every song I'd ever liked in my entire life and make cassettes of them. So I started crazily buying all these CDs that you really don't want to have, like Machine Head by Deep Purple, and once I made the list, the list started to kind of iterate a character, so Wilkie was born as another character for whom this might be the list. Then once I had him, the list started changing, and Wilkie's list started to be different from my list.

B&N.com: So you made the tapes first?

RM: Yes, before there was any text. There's an actual metal box that has the entire anthology.

B&N.com: What kind of different musical tastes do you have from Wilkie?

RM: He likes more bad metalish stuff. The most coherent section of the tapes are the early section, because I liked all that music, and the end of the tapes, the weird experimental stuff. I like that, too. I love Brian Eno. He's one of my heroes. Music for Airports has been a major accompaniment to my work. I play it for days at a time when I am working.

B&N.com: You've said in the past that you don't want the label as a "suburban" writer. Have you continued to move away from this?

RM: Readers from all over the country can find something in my work, and it is not regionally bound. The whole idea was not to get pigeon-holed in this one neighborhood. I don't know if I am a New York writer. Certainly the Northeast is the preeminent locale, but there is a story in this book that is set in California, and some other sites spring up. The truth, however, is that if you know someplace well, you can bring something to the imagining of it.

B&N.com: I see a touch of your history in the new stories, especially in "The Carnival Tradition."

RM: The first half of that short story is more autobiographical than the second. I did live in Hoboken, and I did live with a dancer for a while, but obviously I don't have any broken bones.

With "The Carnival Tradition," the idea for me was to have a two-part story that was sort of a farewell to my first two novels. The first half is about New Jersey, where Garden State was about New Jersey, and the second half was about Connecticut, like The Ice Storm is about Connecticut. I recognize in myself having grown beyond the writer who wrote those two books, but I wanted to go back, to see if I could recreate the time and the mindset that produced that work. I can write better than I could write then. I've matured.

B&N.com: How would you compare the experimentation of your short stories to your novels?

RM: I think the stories are much more recklessly experimental and they're that way because you can try an experiment with a short story, and if it doesn't work, you've only wasted two months. Whereas if you wade into a novel and you find that the very premise of it is unworkable, you are in a disastrous spot. I wrote 100 pages of Purple America and tried it in the first person, and found out it really didn't work. I threw out 96 of the 100 pages and started over again. That was a heartbreaker...that was six months worth of work.

With the stories, I can try something and monkey around and amuse myself. If it works, great. If it doesn't, there is always another short story around the corner.

B&N.com: I took "Demonology" to be an elegy to this sweet person who lived a flawed life, but a good one. Was it an accurate depiction of your sister?

RM: Yes, it is, or at least the people who knew her felt it is. Clearly, I wasn't there when the events happened, but the story was assembled, and it is a writer doing what a writer does, to try to see into things, to try to understand why they happen.

The truth is, I could not have not written the story. I would have loved to have not written it. But that's the only way I know how to get through stuff like this, to make sense of what happened. When I had finished it, I was very conflicted over whether it was worth publishing. I published it in a little quarterly and people have been so responsive. I let it continue to be published.

B&N.com: In "Demonology" there are the tragedies and the random acts of violence -- Gerry's car accident, a woman driving into a gunfight or a brain seizure -- that significantly alter people's lives. Where do these moments of inspiration come from?

RM: Once you have suffered a calamity, you never feel safe from a calamity, under any circumstances. Even if nothing horrible has happened in the year 2001 so far, I feel that I could be hit by a bus, or tomorrow I could be diagnosed with pancreatic cancer. So that sense of vulnerability to traumatic events has become part of me as a writer of these stories. I just can't conceal it.

B&N.com: What is your next project going to be?

RM: It is a nonfiction memoir called The Black Veil. It's almost done. It's supposed to come out in 2002. It's real point of origin was that there was a story by Nathaniel Hawthorne called "The Minister's Black Veil," which is loosely based on the life of a distant relative of mine, Joseph Moody, who had a breakdown in his later life and began wearing a veil in public all the time.

The book is really about the fact that my family claimed we were related to this guy. Isn't it interesting how families create mythologies about themselves to explain who they are? This book is about my life only as an example of how someone grows up feeling about himself after being told they are related to a crazy person.
Posted by Dylan Foley at 8:45 PM