Ted Conover on his brilliant "The Routes of Man" 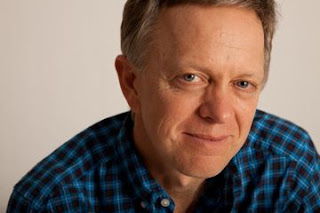 In his new book The Routes of Man: How Roads Are Changing the World and the Way We Live Today(Knopf, $27), the journalist Ted Conover takes his readers on an international road trip going from the illegal mahogany logging camps of Peru to walking a 40-mile long, frozen-solid river in India with young students leaving their isolated mountain village for the first time. By traveling the highways of the world, Conover examines roads as both economic saviors and destroyers of ancient civilizations.
In his breathtaking dispatches, Conover hangs out with an ambulance crew in the mayhem of the megacity of Lagos, Nigeria. He revisits Kenyan truckers who he first met in 1992, where their long-distance driving and numerous sexual encounters may still be a major vector for spreading AIDS through Africa. He travels through the West Bank, meeting with crack Israeli troops stopping suicide bombers and the Palestinian professionals fuming with rage at the daily humiliations and harassment of life in an occupied territory. By riding through the Amazonian jungles on top of an oil tanker and driving on the dangerous highways of China, Conover explores how roads create that essential human connection, bringing societies together with both great and horrific consequences.

Conover, 52, was raised in Denver, Colorado, and is the author of the award-winning book “Newjack: Guarding Sing Sing.” He met with freelance writer Dylan Foley in a coffee shop in Manhattan.

Q. Where does your obsession with roads come from?

A. I imagine that growing up in Denver had something to do with it. Unlike coastal cities, Denver was originally connected to other places only via roads. It was where [Beat writers] Jack Kerouac and Neal Cassady came to. It was before my time, but somehow it got into the air and I must have breathed it. Travel was a means of having adventure, and in an almost wholly American way, it was a route to transcendence.

Q. You open the book by visiting a Park Avenue apartment using miles of rare mahogany moldings, then go on a rough jungle road to illegal lumber camps in Peru where impoverished workers cut down mahogany trees. Why did you travel both high and low for this story?

A. It’s a privilege I have being an educated person. I have access to the highs, but the important thing is linking it to the lows in a meaningful way. Part of me has a perverse interest in unintended consequences. Humans have grand ideas and a road through the jungle is a grand idea. The cost is not just labor and tarmac. It is wildlife and the quality of life, with so many unintended results. I acknowledge the value of roads. Civilizations need them, but like so many things, they show our fallibility in a dramatic way.

Q. You revisit a convoy of truckers in Kenya that you first met two decades ago. What happened to the 12 men you knew?

A. Six are known to be alive. Six are dead. Did they die of AIDS? Some likely did. AIDS has devastated that part of the world, putting the society under great pressure. In this case, roads are the veins that travel through a continent. They carry both nourishment and the viruses. In Kenya, you still hear horrific ideas like you can cure the disease by having sex with a virgin. Consciousness has risen, but it is too late for many people.

Q. How would you describe your experiences immersed in the violence, corruption and hope of Lagos?

A. We are accustomed to reading about megacities for their pathologies, their crime and lack of planning, but for the people from the countryside, the slum that awaits them is better than where they came from. That was the surprise of Lagos. There was Dickensian poverty, but there was energy and ambition, and a refusal to die quietly in the countryside.