Caroline Moorehead on the Masses of Refugees Worldwide in “Human Cargo” 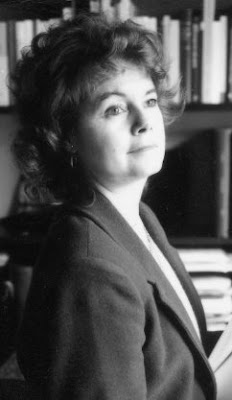 There are an estimated 20 million refugees scattered around the world, forced out of their home countries by ethnic strife, civil wars and religious persecution. Some are survivors from wars in Liberia and Sierra Leone that chased them over the border into Guinea, others are Palestinians pushed out of Israel in 1948 and there are victims of political violence from the former Soviet Union, desperately seeking asylum in London.

The acclaimed British biographer and journalist Caroline Moorehead investigates the plight of these and other world refugees in her new book “Human Cargo: A Journey Among Refugees” (Holt, $26). Moorehead’s refugee project started when she went to Cairo four years ago to meet with Liberian asylum seekers hoping to resettle in the West.

“When I got there, it was clear that the asylum situation was chaotic,” said Moorehead, from her publisher’s office in New York. “We put together a system of taking refugee testimonies. Their stories became their passports. I went back to England and helped raise money for a legal office in Cairo.”

Moorehead’s Cairo trip started her own odyssey, with journeys to Guinea to look at the refugee camps and to Australia where Iranian Christians are kept in a desert gulag, helplessly watching their children go insane.

She went to Sicily to see how Liberian refugees fare after incredibly dangerous boat journeys, to San Diego to see how the U.S. border is crossed and to London and smaller English cities to meet with refugees warehoused in hostels, waiting in depression and anxiety for asylum.

Moorehead is no stranger to human right journalism. “In 1980, I was a feature writer at the Times of London,” she said. “My editors asked me if I’d like to do a column on this new sort of thought, these ‘prisoners of conscience,’ the Amnesty International idea. I wrote pieces about human rights and became involved in the human rights movement.”

The interview is interrupted by Moorehead’s cell phone. After a quick, animated conversation, Moorehead said sheepishly, “I feel like I am a human rights groupie.” She came to New York to meet with one of the Liberian men she mentored in Cairo, who has gained asylum in the U.S. and now drives a cab.

The 60 year-old Moorehead’s cultured manner doesn’t hide her steely determination. After her New York visit, she planned to jet up to Montreal, to find a human rights lawyer to help obtain a Canadian humanitarian visa for another Liberian refugee who is working as a virtual slave in a cement factory in Israel.

The personal involvement in the book came as a surprise. “When I first started, I never realized to what extent that I would become involved,” she said. “I think of a lot of these young men as friends, because I have a proper relationship with them. For many of these asylum seekers, they’d never really told their story to anyone. When they began talking, the conversation became important in itself.”

To write the book, Moorehead took nine journeys of her own in 18 months, including a trip to a harsh refugee camp in Guinea, where refugees from strife in Liberia and Sierra Leone wind up. Moorehead shows the dignity of a mother trying to care for her children in destitute
conditions.

“It was the first time that I had ever seen a big refugee camp,” she said. “What I felt was the utter poverty. None of us in the West literally have the experience of having nothing. There are very few words to describe nothing. In the West, we go into a restaurant and eat what we want. These refugees, year after year, eat bulgur and a few greens. There is no milk, no meat, no dairy products, no coffee, no sugar, no tea. It is extraordinary what nothing means. And the hardships the children experienced, I found that very hard to take.”

Throughout the book, Moorhead puts a human face on dozens of refugees. There is one young Liberian man who dreams of a philosophy degree while he washes dishes, and there is Mary from the Sudan, who watched family members murdered and is now in the strange safety of Finland. In a humane, touching chronicle, Moorehead reveals the great determination of the refugees to survive and explores their few shreds of hope.

Turning her gaze homeward to her native England, Moorehead found the condition of asylum seekers to be quite bleak. “There was much desperation,” said Moorehead. “One of the insane rules in Britain is they can’t work, so they’ve got not money or self worth. Because they are treated as non people, all the horrors they’ve fled are magnified. They arrive in the West and they are treated as spongers. They are anxious and terrified, and all they have are their memories.”

Moorehead noted that a better foreign policy might prevent the creation of new refugees. “We are making refugees by selling arms and by unfair trade practices,” she said. “Western countries could stop countries from producing refugees if we put more money into improving conditions (in the refugees’ home countries), so they stayed home and did not become refugees in the first place. The notion of an ethical foreign policy is very attractive, but who is practicing it?”

In Cairo, Moorehead found the 57 Liberian men and women she mentored hungry for education, despite their uncertain futures. They rented a flat and held classes. “It was so terribly touching when we asked them at the beginning what they wanted to learn,” she said. “They wrote down nuclear physics, philosophy, biology and dentistry, as if they were possibilities.”

The Egyptian police had other ideas. “Egypt is a police state,” she said. “Eventually, the authorities started picking up and questioning our students on what we were teaching them and it became too dangerous. We closed down the school, but moved the classes to American University in Cairo.”

Dylan Foley is a freelance writer in Brooklyn, N.Y.
Posted by Dylan Foley at 7:32 PM