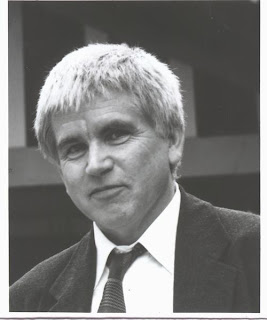 Mike Davis calls the car bomb the "poor man's air force," delivering the payload of a WWII-era bomber to a target. (Special to The Post)

Historian Mike Davis' grim, entrancing new book, "Buda's Wagon: A Brief History of the Car Bomb"(Verso), tracks the murderous life and evolution of the car bomb from the 1920 bombing of Wall Street to the daily multiple suicide car bombs in Iraq that cause death, terror and mayhem.

Davis calls car bombs the "poor man's air force" that can deliver the bomb payload of a World War II-era bomber right to the door of a police station or barracks from Baghdad to Sri Lanka, where collateral damage, otherwise known as civilian deaths, is a given in sowing more terror.

The Buda's wagon of the title was not technically a car - it was a horse-drawn wagon packed with explosives and iron slugs that exploded in front of the headquarters of J.P. Morgan and Co. in Manhattan, parked there by Mike Buda, an anarchist angered by the U.S. government's execution of his friends Sacco and Vanzetti. The bomb killed 40 and injured 200, and was an explosion heard around the world.

"Buda's Wagon" is relentless, where the bodies mount from IRA car bombs in the 1970s to the Hezbollah suicide attacks against the U.S. Embassy and the Marine barracks in Beirut in 1983, sending reinforced concrete buildings shooting 100 feet in the air and forcing the U.S. to withdraw from Lebanon.

In the 87-year history of car bombs, the state apparatus of terror is never far away. Bill Casey's CIA in the 1980s gave car-bomb technology to the mujahadeen in Afghanistan, which later used the technology to attack the World Trade Center for the first time, in 1993. The Indian Army taught the Tamil rebels of Sri Lanka how to build such bombs, and the rebels later used suicide bombs with zest against the Indian soldiers.

For Davis, the desire to write about car bombs came from witnessing their hypnotic power. "It's an awful subject," Davis said in a telephone interview from his home in San Diego. "I lived in Northern Ireland in 1974-75 (during the height of the Troubles). I witnessed several car bombs. I was horrified by the unbelievable violence of them."

Davis, a 61-year-old history professor at the University of California at Irvine, said the conventional wisdom was that car bombs had started with the IRA, but his reading of history proved otherwise.

Car bombs were used with great effect by the Stern Gang, a Zionist terrorist group that targeted military, civilian and economic targets in 1940s Palestine to derail peace talks between the British and more moderate Zionists. Arab terrorists responded by using car bombs against Jewish settlers. The Viet Cong used car bombs against American targets in Saigon in the 1960s.

The true democratization of the car bombs came with the fertilizer bomb, used by leftist radicals in Madison, Wis. In blowing up the Army Mathematics Research Center at the University of Wisconsin, a blast that killed a physics researcher, the student bombers used an obscure pamphlet from the Wisconsin Fish and Game Department. "It was how to have fun making new duck ponds by blowing them up with ammonium nitrate fertilizer," said Davis. Now two men with fertilizer, gasoline and shovels could make a very powerful bomb.

"Car bombs are used by state intelligence agencies and groups that have genuine grievances, like the Provisional IRA and the Basques," said Davis. "Car bombs have huge seductive power. It gives the user exponentially more striking power, and the ability to dismantle a part of the economy," like blowing up London's financial district or destroying Indonesia's tourism industry.

"The seduction overpowers any realization of how much moral damage has been done," said Davis, "and how civilian deaths are inescapable. Like (former Defense Secretary) Donald Rumsfeld's 'smart bombs,' there is no way you can use a car bomb precisely."

The middle of the book recaps the horrors of Beirut in the early 1980s. With 52 armed groups vying for control, the CIA, Israel's Mossad, and Syrian, Iranian and Iraqi intelligence agencies all had a hand in financing car bombs. Hezbollah's suicide car bombs upped the ante.

"Hezbollah used suicide bombers to ensure the bombs got up the steps of the buildings," said Davis.

"Buda's Wagon" speeds up as it goes on, with car bombs destroying U.S. Embassies in Africa, a synagogue in Tunisia and Russian targets in Chechnya. Though Davis mostly uses existing sources, he lays out the geopolitical consequences in a clear, brutal manner. Groups like the ISI, Pakistan's secret service and America's alleged ally in the War on Terror, seem to be bankrolling a lot of terrorist groups, from India to Afghanistan and Indonesia.

"The ISI more closely fits the image that the public has about al-Qaeda of centralized terror," said Davis. "Arguably, the ISI has been the most powerful terrorist network in the world, certainly since the war in Afghanistan.

Found on the Internet

"I argue in my book that the state intelligence agencies are the principal vector for spreading car-bomb technology internationally," said Davis. "Now we've come to the point where you can find this information on the Internet. You don't need specialized training anymore."

In Iraq, the car bomb is king. Suicide bombs are the weapon of choice, accelerating from one a week to one every eight hours nationwide. "A lot of the suicide bombs in Iraq are unnecessary," said Davis. "They could use many kinds of sophisticated detonators, but there are a surplus of martyrs."

On why there has not been a flood of car bombs in the United States, Davis has few consoling words. "We've been very lucky," he said. "This is not a situation where you can count the rational probability. Safety depends on an absence of groups of radicals who want to kill hundreds of people.

"The car bomb just seduces people with its cheap, destructive power," he said. "It's a Pandora's box. Once you open it, it is hard to understand how you would close it."

Dylan Foley is a freelance writer in Brooklyn, N.Y.
Posted by Dylan Foley at 8:09 PM