Vincent Virga on the Truths and Lies that Maps Tell 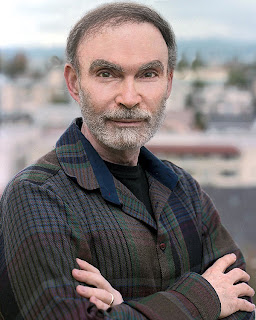 Between the lines of maps Cultural history and hypocrisy, writ large
By Dylan Foley
Special to The Denver Post


In 1966, the CIA completed a map of South Vietnam that showed the country slashed and cut into bits by red lines. Each red line represented a Viet Cong line of control, forming administrative districts for their underground governing of the country they would eventually conquer.

The horrified Joint Chiefs of Staff classified and buried the map, prolonging American involvement in the war for another bloody nine years.

The map of South Vietnam is one of the stars of the legendary photo editor Vincent Virga's "Cartographia: Mapping Civilizations." The book is a gorgeously illustrated history of the world as told through the maps that civilizations make and that are made about them.

Working with the Library of Congress' extensive map collection, Virga starts with Babylonian world map and the Egyptian map of the afterlife, and moves to the carved wooden maps of Africa. He scrutinizes the maps for the exploitation of the New World by the Portuguese, and explores the American soul through a 1930 car map and the polarizing blue state-red state map of the 2004 presidential election. After reading "Cartographia," you will never look at maps the same again.

It turns out that Virga was not a natural to maps. "I didn't like maps. I didn't get maps," said Virga in a telephone interview from his office at the Library of Congress in Washington. "I told this to the library's maps curator Ronald Grim in 1997. 'Oh my God, maps are the story of my life,' he said. 'I'll teach you about maps.' "

This conversation led Virga on a 10-year odyssey, exploring the more than 4.8 million maps in the library's collection.

"Ron taught me how to look at maps as cultural landscapes," said the 65-year-old Virga. "He taught me to look at maps as political statements. Everybody who makes a map wants to tell me something. They want to connive with the images to make me think that what I am looking at is the truth."

As Virga takes the reader on an intriguing guided tour through Africa, Asia, Europe and North America, he argues that maps are metaphors for the countries and cultures they are defining. A racial segregation map from apartheid- era South Africa is "Map as Blueprint for Hardship." A trench warfare map from World War I is "Map as War Butchery." Virga digs out the stories, hidden agendas and national aspirations of 200 of the most fascinating maps in 3,500 years of world history.

Virga's intent was to show how civilizations create and reveal themselves through their maps. "I want to show how the people making the maps are expressing their entire social selves in those maps," said Virga. "In something as basic as the book's first map, a Babylonian clay tablet, you see a people who worked hard and used canals to change their worlds. Each map I chose is expressing the culture that made the map. You should read the maps in the book with an open mind."

The CIA map of South Vietnam was a wonderful example of governments hiding the truth. For Virga, it was an accidental find.

"I literally found the map by going through the Vietnam folders," said Virga. "Ron Grim and I would go downstairs where there were two football fields of maps on Vietnam. We went through folders. All we knew about the map was that it had been classified. I said to Ron, 'This looks like a broken arm.'"

It was a map of South Vietnam crisscrossed by numerous red lines of Viet Cong-controlled areas. "The U.S. government and the Pentagon were fighting a war hither and thither," said Virga. "That's how they planned to fight the war. The people who made the map said, 'You're wrong. We have discovered that the Viet Cong have divided the country up in their own way. This is how they are underground and secretly governing (South Vietnam).' The Joint Chiefs of Staff did not want to accept this because that was not their plan of attack. They put that map on hold and prevented people from seeing it."

In Virga's 40-year career in book publishing, he helped revolutionize the use of photography in nonfiction books. Virga took haphazard photo inserts with stale captions and brought the photography alive.

Narrowing down millions of maps to the 200 used in the new book was an enormous task. There were two tests. "We decided which maps were the most beautiful and which had the best stories," said Virga.

Virga felt duty bound to include such horrific historical periods as the trench warfare on the Western Front of World War I and later the evils of Serbian ethnic cleansing of Bosnia.

The Serbian ethnographic map of Bosnia nonchalantly lays out the future terror that destroyed a multiethnic Yugoslavia in the 1990s. "I was fascinated by Bosnia," said Virga. "I found the Serbian map that was a template for ethnic cleansing. I was reading a book on ethnic cleansing; they referenced the map. I went downstairs in the library and they had the map."

The 1915 British trench map looks like a harmless map of France, but it marks where millions of German and Allied soldiers met horrific deaths. "The text for the trench map was the one I had to work very hard on," Virga said of his need to hide his outrage at the senseless slaughter.

"There were 20 drafts of the book. My anger had to be removed. The sections had to be rewritten to find a neutral storyteller tone."

Dylan Foley is a freelance writer in Brooklyn, N.Y.
Posted by Dylan Foley at 7:20 PM