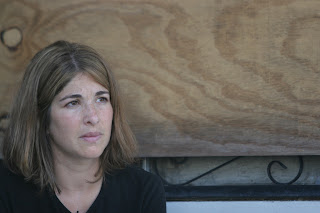 Commentary: I interviewed Naomi Klein on her damning new book "Shock Doctrine," which links the late right-wing economist Milton Friedman and the University of Chicago School of Economics with the shock therapy school of economics used after the 1973 coup in Chile, in Russia in the 1990s and throughout Latin America. It was a great book , a blizzard of statistics and depressing stories. After reading it, I felt like I was reading a 19th century tract on the Masons, ascribing all the world's evil to a small group of men, in this case being the now-dead Friedman and his crew of acolytes.

At the end of our intense 45-minute phone call, I asked the hyper-articulate Klein why she did not mention anywhere in her book that Friedman spent the last 20 years of his career at Stanford University. She froze on the phone and mumbled that she really wanted to focus on Friedman and Chicago. Hmmm...the book began to take on more of a polemical feel after that.--Dylan Foley


(Originally published in the Newark Star-Ledger in October 2007)

In her new book, “The Shock Doctrine: The Rise of Disaster Capitalism”(Metropolitan, $28), Canadian critic Naomi Klein has taken a sledgehammer to the legend of neoconservative economist Milton Friedman and the Chicago School of economic theory. In her grim a=but engrossing account, Klein argues that Friedman’s view of the pure free market theory and the shock therapies the grew up around it caused immense hardships, social unrest and misery in countries from Chile to Bolivia, Poland, Russia, Thailand and now Iraq.

The story starts in the University of Chicago in the 1950s, where Friedman advocated a fringe theory of massive privatizations, cuts in government spending and payrolls , and deregulation, including ending tariffs and price controls. The U.S. government recruited South American students to study with Friedman and sent them back to South America. According to Klein, the “Chicago Boys” in Chile worked hand-in-hand with the Pinochet government in his bloody 1973 coup. In the aftermath, Chicago economist applied economic shock therapy to Chile, m,moving unemployment from three percent to 30 percent and destroying local industries. The local populace may have been miserable, but local elites and multinationals made buckets of money.

Over the next 30 years, Friedman’s ideas were used in dozens of countries, causing massive unemployment and reducing millions to complete poverty. The same figures come up constantly--Donald Rumsfeld and Dick Cheney, with there massive conflicts of interest, were all Friedman followers. Iraq was supposed to be the shining free trade zone after the invasion. Price controls were lifted, factories and the army were shut down and unemployed men flooded into the Iraqi insurgency, helping the country to descend into hell.

Klein, 37, was born in Canada to American parents, and was educated at the University of Toronto. She is the author of “No Logo,” which was embraced by anti-World Trade Organization demonstrators in 2000. Klein spoke with freelance writer Dylan Foley by phone from Chicago, where she was on tour.

Q. What was your “Eureka” moment on your thesis on “disaster capitalism”?

A. There were many Eureka moments. I knew about Chile in 1973, but the same names kept coming up. I knew about the Latin American program, but I wasn’t aware of how concerted the U.S. government effort was. We’d all heard about the Chicago Boys, but it was part of U.S. foreign policy.

I was living in Argentina in 2002 and 2003 with my husband, making a documentary. I was living in a country that had just experienced an enormous shock, and I was watching the war unfold in Iraq through the eyes of our Argentine friends.

Q. What is the importance of the “Chicago Boys” and the Chicago School in promoting economic shock therapy around the world?

A. We need to make a distinction between the Chicago Boys and the Chicago School. My book is a history of the Chicago School strain of economics, which is this radical vision of the hollowed-out state, where everything is run for profit You can trace these ideas to the University of Chicago in the 1950s as a counterrevolution against Keynesian economics (ie. Roosevelt’s New Deal). In some cases, the presence of the Chicago Boys was very literal. In other places like Russia, it isn’t graduates of Chicago. By that point, the Chicago School ideas has become the dominant ideology. It’s really how this fringe ideology, through this dissemination process with a lot of help from some of the largest corporations in America supporting the think-tank complex spread these ideas. The IMF and the World Bank are also in the thrall of these ideas.

Q. Economists like Milton Friedman and Harvard’s Jeffrey Sachs became like rock stars in Chile and Bolivia, the countries they were shocking. Why?

A. It is very much related to shock therapy, that you have these rock stars. The promise of shock therapy is the quick fix: “You are going to hurt for a while, but you’ll be jolted back to help.” It is a belief in magic to begin with, that you can create this dramatic contraction, everything falls dramatically into place and you then have a healthy economy. It really is voodoo economics.

Q. You attack Friedman’s link between freedom and capitalism. How?

The deeper you study Friedmanism, the more you realize this equation between freedom and capitalism is not really an equation of capitalism and democracy, i.e. political power. What Friedman really believes in the highest expression of democracy is commerce. If democracy threatens this freedom of the market in any way, to hell with democracy. What the Chicago Boys is Chile thought they were doing was building the freest country in the world. The fact it was run by a brutal dictatorship was a mild inconvenience.

Q., After the “structural adjustments” in the Asian economies in the 1990s, 24 million people were unemployed. What are the long-term consequences of shock capitalism?

A. We have this very bloodless view of history. In Russia, there was great reporting on the human hardships of economic shock therapy. In all the other places, there is bloodless reporting on the business pages. By the time the World Health Organization issues reports on how many people have been reduced to abject poverty, the news has moved on. There is a phrase by Rudofo Walsh, who was gunned down during the Argentine junta’ called “planned misery.” The goal of structural adjustments is profit, but misery is the flip side of that profit.

Q. In your book, you point out we’ve had some blowback on economic shock therapy in the United States--privatization of schools after New Orleans, private contractors undermining the readiness of FEMA in New Orleans and private mercenaries to fight in our wars. Could you explain this?

A. This is an interesting phase in capitalism. You have a country going to war to loot itself. Not just the Iraq War, but the whole War on Terror, is the new economy that was deliberately constructed after September 11th. The new economy is about mining the core of government. The 1990s was about the privatization of water, electricity and roads. What’s left is the core of government--border, the way we fight wars and servicing U.S. soldiers. It is a shifting of national wealth through private contracts.

Q. Iraq was supposed to be the most free trade zone in the world. What happened?

A. Plan A in Iraq was a baldly colonial enterprise, riding into the country while it was still burning, seeing the destruction as a cleaning of the slate for a brand-new country. They came in with the idea to make Iraq the most radical version of Friedmanism in the world. When Plan A failed and spiraled into chaos, the New Economy became the war itself. Because the U.S. government didn’t send more troops, the needs for interpreters, security and everything was met by private contractors. You have dramatic, corporate mission creep in the field. U.S. government ordered ill-trained interrogators like pizzas.
Posted by Dylan Foley at 3:15 PM