Khaled Hosseini Returns to Afghanistan in “A Thousand Splendid Suns” 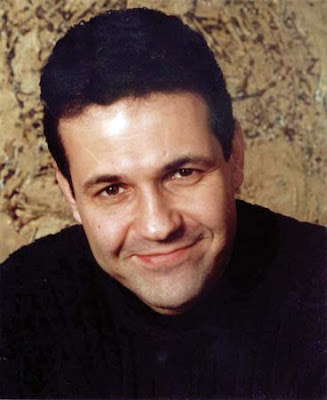 In 2003, the Afghan-American writer Khaled Hosseini exploded on the
literary scene with his novel “The Kite Runner,” about a friendship
between two boy in war-torn Afghanistan. The book sold more than four
million copies. His engrossing, new novel, “A Thousand Splendid Suns”(Riverhead, $26), has also shot to the top of the national bestseller lists. In the new book, Hosseini covers 35 years in Afghanistan’s turbulent, tragic history through the eyes of Mariam and Laila, the two abused wives of a Kabul shoemaker.

Mariam is the illegitimate daughter of a wealthy man. After her
mother’s suicide in the mid-1970s, the 15-year-old girl is married to
Rasheed, a man 30 years older who starts beating her after they find
she cannot bear children. For 19 years, she lives alone with Rasheed, forced to wear the burkha, the head-to-toe covering, and suffers his abuse as Afghanistan undergoes Soviet occupation and genocidal civil war.

In 1992, Rasheed marries the war orphan Laila, also 15 years-old. The
two women are at first adversaries, but then find a bond against their
hateful husband. As the country descends into the hell of endless war
and the Taliban, the women’s affection for each other grows, as they raise two children. Out of the grim environment of war and domestic abuse, they are able to pull out a common joy in each other’s company.

For Husseini, the story of two women trapped in an abusive marriage to
the same man came from his 2003 visit to Afghanistan.

"When I went to Kabul, the things I heard were really
astonishing," said the 42-year-old Hosseini in an interview at a New
York City hotel. "Women had seen their children starve to death. A
woman’s sister had been raped and killed herself. There were women
living in abject poverty who were beggars."

Then there was the grim execution video. "It is a rather famous video
out of Afghanistan," he said. “It is a grainy shot of a woman wearing a
burkha being led to a spot in a soccer stadium. The Taliban guy behind
her shoots her in the head rather casually. She collapses. It disturbed
me, but the writer in me thought, ‘What was her crime? Who was she?
What kind of dreams did she have? What was she like as a child?’”

Mariam and Laila come from vastly different experiences. "The key word with Mariam is that she is isolated in every sense of
the word,” said Hosseini. “She is a woman who is detached from the day-to-day norms of human existence. Really, she just wants connection with another human being. Until Laila comes along, you hasn’t found these things. Laila had much higher aspirations. She had a much more fulfilling relationship with her father, her girlfriends and her childhood friend
Tariq. She expected to finish school and is looking for personal
fulfillment. These are two very different, representative kinds of
women."

Throwing the women together in his novel, Hosseini expected some
friction, but his women found kinship in adversity, despite beatings and emotional cruelty from Rasheed. "Mariam had been there for 19 years, and she would feel her territory infringed upon," said Hosseini, whose family emigrated to the United States in 1980. "What the women found out is they shared a common hardship, namely an abusive, psychologically imposing man. Mariam finally finds a person to connect with, and because she is childless, Laila becomes her
daughter for all practical purposes. Laila finds a friend and a doting alternative mother."

In Hosseini's deft hands, the abusive husband Rasheed is a multilayered
person. "Rasheed's the embodiment of the patriarchal, tribal
character. In writing him, I didn’t want to write him as an
irredeemable villain. He is a reprehensible person, but there are
moments of humanity, such as his love for his son."

To keep centered with Rasheed, Hosseini kept remembering an experience
he had in Afghanistan four years ago. "I had dinner with a man who had a very sweet, subservient wife. He said to me slyly, 'She doesn’t know this
yet, but I have another one coming.' He meant he was getting a second
wife. I would go back to that to put more meat on Rasheed’s bones."

During the four decades that the novel covers, Afghanistan and the
condition of its women become more horrible with each passing year. Despite slaughtering a million people in the countryside, the Soviets had a liberal policy towards Afghani women. Mariam and Leila observe this horrible collapse.

"Once the Soviets left and the international community lost interest in
Afghanistan, Afghanistan fell into the hands of the mujahideen
factions," said Hosseini. "These folks had identical ideas about women
as the Taliban had, but were too busy killing each other to implement
them. When the Taliban came in, they severely restricted women’s access
to jobs and healthcare. Women became invisible to society."

Even with the abusive conditions at home and the cruelty of endless war
and the Taliban, Mariam and Leila find contentment with each other.
"The women find joy in their day-to-day lives, from the children, to
doing chores together and the cup of tea they have at the end of a hard
day," said Hosseini. “People find meaning and redemption in the most
unusual human connections.

Like Sidney Carton in Charles Dickens' "A Tale of Two Cities,' Mariam
chooses death to save Leila and her two children, but goes to her
execution with dignity. "Mariam really matured by the end of this novel," said Hosseini "She had found what
she wanted in life, a companion. She had found love and acceptance, and
a home. It was with peace that she could walk to her death. She did
what every mother does, which is to put the well-being of her child
first."

Dylan Foley is a freelance writer from Brooklyn, N.Y.
Posted by Dylan Foley at 7:23 PM