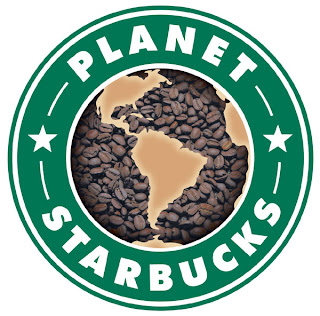 In 2004, residents in Portland, Ore., tried to firebomb a new Starbucks store that had opened in the face of intense community opposition. The Molotov cocktail bounced off the reinforced glass, burning harmlessly on the ground. Starbucks, a corporation with a worldwide reach of 14,000 stores from Seattle to Paris, Beijing and Guantanamo Bay, has long fortified itself against local enemies.

Despite the disgruntled neighbors in Portland, the new Starbucks stayed open.

Starting in 1971 as a storefront selling fresh-roasted gourmet coffee beans to coffee fanatics in Seattle, Starbucks has evolved into a major player in the American cultural landscape, making us into caffeine addicts and connoisseurs of expensive coffee. In "Starbucked: A Double Tall Tale of Caffeine, Commerce and Culture," journalist Taylor Clark has written a rollicking account of the social phenomenon of Starbucks, which has become our national meeting place, filling the void left by the churches and marketplaces of the past and giving us a place where we can sit by ourselves in a roomful of coffee drinkers.

Clark's two-year odyssey to crack the Starbucks nut started over a cup of coffee. "I was sitting with some friends in a coffee shop in Portland, Ore.," said the 27-year- old Clark from his Portland home. "From the window, I could see a Starbucks, and then a Tully's, another chain. I was amazed by the number of coffee shops."

Starbucks has become the world corporate monolith of coffee, holding 73 percent of the gourmet coffee market share in the U.S. and making $7.8 billion in annual revenues.

As the company grows exponentially, striving for its goal of 40,000 stores worldwide, Clark writes that consumer feedback indicates that the relentless expansion of its business in America has hurt the quality of its black gold. Coffee fanatics slur Starbucks by saying that the improved McDonald's coffee is better than Starbucks coffee now.

At the center of Clark's witty and evenhanded book is Howard Schultz, a former housewares salesman from the projects of Brooklyn who bought Starbucks in 1987 when the chain had only 11 stores. Schultz comes off as a mass of contradictions. He's a corporate CEO who preaches that employees are family, but then busts their unions, and a visionary who stresses quality while overseeing the mass- marketization of Starbucks.

In meeting with Schultz, Clark gets into the head of Starbucks' billionaire coffee guru, a man whose driving motivation is opening more Starbucks. "Schultz is very image-savvy," said Clark. "He grasped long before other people the importance of having a high-end image."

Stores like Peet's and Starbucks rescued America from the bad coffee of the 1970s. "In the pre-Starbucks, pre-gourmet coffee years, this was the era of Tang and TV dinners," said Clark, "when people thought science was going to improve everything." Science gave us the undrinkable brands, where flavor is chemically added.

While the Starbucks baristas of the 1980s may have seen themselves as coffee artisans, the high-tech espresso machines that Starbucks has used for the last decade make the baristas' occupation into the ultimate semiskilled McJob.

Starbucks, said Clark, tapped into a great American social need for a place to hang out. "Starbucks was really the perfect storm of a few things," he noted. "By the time coffeehouses started moving into mainstream society, there was really no place to hang out. The malt shops were no longer there.

"People were becoming more cloistered, and there was a missing social dynamic," said Clark. "We are social animals and we need to be around people, even if we don't talk to them."

Behind the Starbucks juggernaut was two decades of astute marketing. "Starbucks had its market research," said Clark, "that found that people wanted to be coddled when they were inside the stores."

Much of the genius behind Starbucks is in its real estate. "Starbucks has an incredibly efficient real-estate machine," said Clark, that grabs the key locations in every major city.

"What is interesting about Starbucks is what it says about us," said Clark. "It says that we were feeling alone, that we were stressed. We needed some kind of indulgence. . . . So many people have dropped normal drip coffee for lattes."

Disgruntled ex-baristas told Clark that they often felt Starbucks functioned like some kind of religious cult. "(T)he first employees to don the green apron lived and breathed the Starbucks ethos," writes Clark. "As Dawn Pinaud told me, 'Our blood was brown.' Part of their zeal sprang from the coffee itself: the product is, technically speaking, a psychotropic drug.

"But an equal share of dedication to the company was due to its charismatic leader (Schultz)."

One longtime barista tells Clark, "You were brainwashed. I know people who are still brainwashed. It's like those Grand Poobah meetings, except instead of elk horns, we had green aprons."

The Starbucks' juggernaut continues unabated worldwide, with the company opening as many as six stores a day and serving 40 million customers.

Like McDonald's, Starbucks is reaching its saturation point. The coffee giant's prestige is evaporating. "Starbucks is just going to lose appeal as it grows," pop-culture analyst Robert Thompson tells Clark toward the end of the book. "Anyone can get Starbucks now. There's no exclusivity anymore."

(Illustration by Jim Carr, The Denver Post)
Posted by Dylan Foley at 7:32 PM