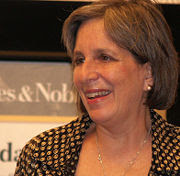 (Originally published in the Newark Star-Ledger in August 2007)

The novelist Mary Gordon has just published “Circling My Mother”(Pantheon,$24), a superb memoir of life with her alcoholic mother and the harsh, extended family in 1950s working-class New York City that forged both women. Gordon’s memoir is crafted out of love, guilt and anger, with her lush prose chronicling a vanished world where the Catholic Church was the center of Irish American social and cultural life.

The five Italian-Irish Gagliano sisters were beautiful, talented and funny. Mary Gordon’s mother Anna Gagliano Gordon was crippled by polio, but that did not prevent her from becoming a financially independent legal secretary in the 1930s. Her determination, however, did not protect her from the brutality of three of her sisters against her and her daughter. When Mary Gordon’s father died when she was seven, she and her mother moved into her grandmother’s house, a home filled with emotional cruelty. The sisters were jealous of Anna Gordon’s success, cutting her down and bullying her bookish daughter. Anna Gordon is a complex character. With one leg six inches shorter than the other, society threw obstacles in her way, but she persevered. At the same time, she was a self-pitying, drunken burden on her young daughter.

“Circling My Mother” is a vivid companion to Gordon’s 1996 book “The Shadow Man,” a memoir of the father she had lost four decades before. Paul Gordon was a Jewish convert to Catholicism who wrote anti-Semitic articles for journals, spent time in psychiatric hospitals and left behind a web of lies.

Gordon, 57, was raised in New York City and educated at Barnard College and Syracuse University. She is the author of the acclaimed novels “The Company of Women and “Pearl. Gordon lives in New York City, where she spoke with freelance writer Dylan Foley from her publisher’s office.


Q. Was it difficult writing about your mother?

A. It was very painful writing this memoir. There was an urgency to tell my mother’s story, because there will never be someone like her again. Polio, thank God, has been eradicated, and the immigrant, European Catholic Church, as a cohesive community organization, doesn’t exist anymore. I wanted to get this down.

Q. Why were your aunts so cruel to you and your mother?

The most charitable way I can say it is my aunts perceived that life was hard, and the way that I was as a dreamy child, they thought life would be harder for me. As working-class women, they saw there was no margin. People assume that if you fall, you’ll go spat on the sidewalk.

My mother loved me, but I knew what it was like to be hated from a young age. Every family event was a minefield. You had to be careful not to know to much. ‘Smart’ was an insult. Some of my relatives rightly perceived that I had my eye on them, that I saw through them. It might have been horrible to be watched by this kid with a gimlet eye. In one way, I understand that hostility., but I don’t understand such cruelty to a child.

Q. The reader’s view of your mother shifts throughout the book-- from defiant handicapped woman, to pioneer professional to emotionally battered alcoholic. How did you construct this?

A. I use the metaphor of a circle to look at my mother,” said Gordon. Every time I thought there was one way of looking at her, I found another point on the circle, another way of looking at my mother that contradicted what I’d said about her. She was really smart, really funny and had great social skills. At the same time, she had enormous self hatred, enormous shame and the bad luck of being severely disabled. The gift and the curse were intertwined with her.

Q. It seems that you and your mother were saved by her close women friendships in the 1950s. How?

A. There was this Catholic retreat movement that took working women seriously. The women were my mother’s friends and treated me tenderly. They were a safe spot for me, and they were a model for me with my own circle of women friends, who became a source of nourishment for me.

Anna Gordon died in 2002 at the age of 94, spending the last decade demented and incontinent in a nursing home. Her daughter writes bluntly of her mother’s misshapen body and the indignities of aging.

Q. You’ve written two memoirs about your very complicated parents. Have these books given you any release?

A. I knew that it was important to look at everything, and to not cover anything up. I found them to be remarkable people and was glad that they were my parents. Their afflictedness, my mother’s handicap and my father’s mental illness, opened me up to a sensitivity to the world. There are a lot of afflicted people in the world that American culture tries to cover up. Affliction is a part of life. It doesn’t make a person inhuman.

I think my parents were funny, smart, passionate and a little wild. In writing these memoirs, I got to recover some of the wonderful parts that brought me to a place of love and gratitude. I think that’s cathartic.
Posted by Dylan Foley at 1:58 PM