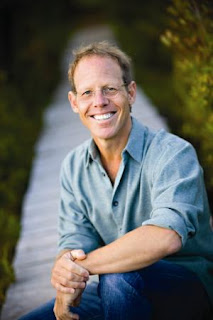 The answer is: plenty, in terms of the exploration and exploitation of the Americas. Horwitz, using his patented version of "You are there and suffering through this" travel literature, goes around the continental United States, Canada and parts of the Caribbean to track down the explorers, conquistadors and missionaries who discovered what is now America.

Horwitz's epic journey starts at Plymouth Rock, the puny boulder in Massachusetts near where the Pilgrims landed.

"Part of it was personal," said Horwitz, a former Wall Street Journal reporter and Pulitzer Prize winner, in an interview by phone from Miami. "I always considered myself a history nerd from way back. It was a surprise to find there was such a huge gap in my knowledge of history. Americans are obsessed with the Revolutionary era, but for some reason we don't explore the founding of America that happened hundreds of years before."

Horwitz visits the Vikings sites in Newfoundland and Christopher Columbus' alleged grave in the Dominican Republic, but the book really sings when he hits the heavy-metal conquistadors like Francisco de Coronado, who headed up from Mexico and worked his way through what is now New Mexico, Arizona and Texas, and Hernando de Soto, who came through Florida, Georgia, the Carolinas and eastern Texas. The meeting of Native Americans and the Spanish explorers was initially comic, then tragic, with massacres and epidemics.

Horwitz's surprise was that the history was easy to find.

"The history was hiding in plain sight," said Horwitz. "I'd love to say that I went to the archives in Seville, but many of the original accounts have been translated and published in English. Also, I found that the early history of European settlement and discovery is much more thrilling than brave Columbus and the Pilgrims in funny hats."

Hernando de Soto had made his fortune raping and pillaging Peru, but was not content to sit on his laurels in Spain, so he obtained a land grant in the Americas from the Spanish king and went to Florida with 400 men in 1539, determined to find gold and riches.

"The conquistadors were basically armed entrepreneurs," said Horwitz. "They raised their own armies and were in it for themselves. De Soto was a conquistador run amok, with no constraints, leading his men in a 3,000-mile death march through the South.

The Spanish in the Americas had a sense of divine right.

"The Spanish were on the jihad of their era," said Horwitz. "They had just kicked the last Moors out of Spain and they were infused with a sense of might and right. They were almost on a crusade, and they were the best fighters in Europe at the time."

De Soto and his men had swords, primitive firearms, crossbows and horses. Contact with the natives often started with a demand for women, blankets and food. If the natives balked, the massacres started.

In their four-year rampage, De Soto and his men were unstoppable. Forty of his men were ambushed by 3,000 warriors, but then killed most of the natives. They were like 16th-century Special Forces, improvising and living off what they could pillage. When they hit the Mississippi River, they smithed their horseshoes into nails to make rafts.

Traveling through draining heat in armor and wool, they kept going. "A military man I spoke to said that the Navy SEALS, the toughest of the toughest, would be dropping if they went through what these guys went through," said Horwitz. "They were tough hombres."

In the end, de Soto's expedition was a disaster — no gold was found and half his men were dead from combat and disease. "When he dies, de Soto's own men are relieved, not to mention the natives he's been brutalizing for years."

During his travels, Horwitz has comic meetings with park rangers and historical re-enactors at almost-forgotten historical sites, like the French Protestant settlement at Fort Caroline, Fla., where the settlers were slaughtered by the Spanish, and he addresses the mysteries of the disappearance of the Jamestown settlers. He explores the myths and legends of the founding of Florida and America itself.

Like his best seller, "Confederates in the Attic," where he chronicled the bizarre world of Civil War re-enactors, Horwitz strikes the perfect balance between history, black humor and his own odyssey of driving thousands of miles to find the few remaining buffalo or an old Spanish massacre site.

At the end, he goes back to Plymouth, attending a quirky, yearly event where old men eat the bad 17th-century English food and fire off a cannon to celebrate the Pilgrims landing at Plymouth. He finds himself in a discussion with an elderly and venerable Harvard lecturer on myth and history.

"I asked Rev. Jones, 'Why do we remember this late-arriving band of Pilgrims as the beginning of the European experience in America, when the facts don't support it?' " said Horwitz. "He surprised me by saying, 'You are absolutely right, but myth is more important than fact, because history is a random set of facts, and myth is what we choose to remember and perpetuate. In this instance, Plymouth is the story we have and we are sticking to it, whether it is true or not.' "

Dylan Foley is a freelance writer in Brooklyn, N.Y.
Posted by Dylan Foley at 7:10 PM