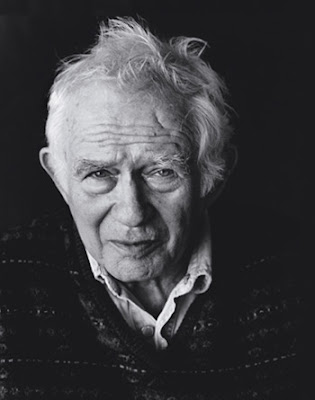 (Originally published in the Newark Star-Ledger in January 2006)

“I can say that I’ve been obsessed with Hitler since I was nine years old,” said the novelist Norman Mailer, from his Provincetown, Massachusetts home. “My mother only had a high school education, but she was a highly intelligent woman. In the early 1930s, she said, ‘This man is going to kill half the Jews.’ She took him seriously long before anyone else did.”

Mailer has turned his obsession into a new novel, “The Castle in the Forest” (Random House, $27), where he imagines the tortured, incestuous history of Adolf Hitler and his father Alois Sr. in late 19th century Austria. The book is narrated by Dieter, the urbane mid-level management devil who is trying to corrupt the young Adolf.

“To me, Hitler has always been very real to me and frightening,” said Mailer in a recent interview from his majestic living room overlooking the Atlantic Ocean, as he referred to his Jewish upbringing in New York City. “There is a part of me that has concentrated on Hitler my whole life. I wasn’t that surprised when I started writing about him.”

The book is narrated by Dieter after World War II, where he served as an SS officer. As a demon, Dieter’s history with the Hitler family starts 80 years before the war, where he follows the career of Alois Sr. as he climbs out of poverty to become a customs official in the Austro-Hungarian Empire. Alois Sr. is a brutal sexual predator, and an abusive husband and father. His third wife is Klara, a woman who in Mailer’s fictionalized tale is almost certainly his own daughter. She gives birth to Adolf. The demonic Dieter uses not pitchforks and claws, but subtle manipulation, otherworldly spies, human agents and implanted thoughts to sculpt Adolf to have the potential for great evil. Battling the angels who try to protect the boy’s soul, Dieter helps crush Adolf’s fragile dreams. At the same time, Alois teaches his son cruelty and bitterness.

Mailer turns 84 this week. Though his knees are shot, forcing him to walk with two canes, the old literary lion’s mind and wit are still very sharp. In the interview, he meditated on Hitler, God and the Devil.

Mailer has been a public literary figure and target since “The Naked and the Dead,” his World War II novel, was published six decades ago in 1948. He has written 35 works of fiction and nonfiction since then, but Mailer ignores the labels that people put on his books.

“I don’t care about the names that people put on things,” he said. “What I try to20do in a book is to get the people as real as possible I don’t see people the way that others do. I’m interested in the double aspect of people.”

Working with his research assistants, Mailer went through more than 400 books about Hitler and related subjects in the four years it took to write the novel. Using novelistic license, he wrote an incest plot. “There were hints all over in Hitler’s family history of incest,” said Mailer. “At this point, you have to grab the nettles, bite the bullet. We need more than a simple explanation of Hitler. As a novelist, I had to make choices.”

Mailer’s gripping and intriguing rewrite of the Hitler family with devils asks dark questions about the human soul and the forces of good and evil.

Mailer’s Dieter is an overworked functionary who takes pride in his work. “For me, it was natural to have the Devil in the book,” he said. “Dieter is the perfect gentleman. I’ve believed that the devil has existed for a long time. My notion is that God is a creator, not a law giver. I’ve always seen God as existential, a God who may succeed or fail. God is doing the best that he or she can do. The Devil is doing his best to overthrow God. That’s the battleground.”

Alois and Klara have a turbulent marriage, with Alois’ violence and infidelity. “I didn’t see their marriage as that terrible,” said Mailer , who lives with his sixth wife, the painter Norris Church Mailer. “Having been married six times, so marriage is a theme for me. I’m very interested in the nature of marriage, what’s good about it, what’s contradictory about it?”

It was Hitler’s father that intrigued Mailer. “I found Alois to be a fascinating character,” he said. “He’s a man who’s had a hard life, and he’s tough and vulnerable, like so many other people. People who are macho are macho here and vulnerable there. People have a tendency to say, ‘What is Mailer up to?’ I can say no more than these are people as well as I understand them.

“How could a man have a life like Alois, without having a great deal of cruelty?” asked Mailer. “I am not a moralist. Moralism is often the first strength of a mediocre mind. In other words, people tend to be moral because it gives them a sense of security that they haven’t earned.”

For Mailer, the life of Adolf Hitler and the crimes that he committed are still beyond human comprehension.

“Hitler is so beyond the pale that, humanly speaking, one can’t understand him,” he said. “If Jesus was born as God’s son, I would go so far as to say that Hitler was born as the Devil’s son. Hitler is the ghost of the 20th century. Speaking as a Jew, Hitler did tremendous damage to the Jews after his death, so that they can’t think of Hitler without becoming paralyzed.”

As the novel progresses, it shifts from Alois Sr. to Adolf. Adolf becomes hardened by the death of his baby brother Edmund, after Adolf intentionally infects him with the measles. “After the death of Edmund, there is a serious change in Adolf,” said Mailer. “There is a huge guilt that he thinks he might have killed Edmund, and he may well have. It poisoned something in him and he began to go through bad years, not only the bad years in school, but the bad years later in Vienna. He was pursued by a profound guilt that he could not accept. I don’t get into it in this book, but maybe we’ll get into in another book. I’m almost 84. I’m not going to make predictions about what books I am going to do.”

In the twilight years of his formidable life, Mailer admitted he thinks a lot more about God and the Devil. “I haven’t spent my life thinking, ‘God’s with me,’ or ‘The Devil’s with me,” said Mailer, “but as I get older, I think about these things.”

Mailer mused that it may have been divine intervention that forced him to remain a novelist. “There were years in my life when I wanted to be anything but a novelist,” said Mailer, referring to his attempts to be a boxer, a playwright and even to be Mayor of New York. “If I had a guardian angel, he would h ave been saying to me, “Don’t think you can be a boxer, you’ll get clobbered. Don’t think you’re the world’s greatest sex object, because you are not.’ This guardian angel kept pushing me back into the novel, whether I wanted it or not.”