Hampton Sides on How the West Was Really Won 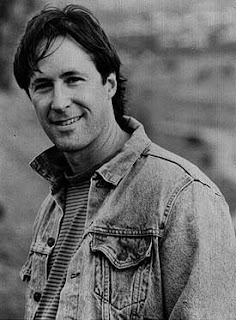 "Blood and Thunder" is the Epic of How the United States Took New Mexico, Arizona and California from Mexico, and How Kit Carson almost Wiped Out The Navajo Indians

In his glorious book, “Blood and Thunder: An Epic of the American West”(Doubleday, $27), journalist Hampton Sides tells a two-decade tragicomic story of how the West was truly won, from the United States’ annexation of New Mexico and California in 1847 and the brutal suppression of the Navajo Indian tribes in 1863-4. With the legendary trapper-solder Kit Carson carrying most of the tale on his squat body, Sides writes history in its most vivid, gripping form, unveiling heroism, cold-blooded murder and folly.

“Blood and Thunder” starts with the three hundred years of warfare between the Spanish and the Indians. Then Sides moves onto Carson, a short, ugly trapper from Missouri, who was a legendary fighter and killing machine. In the mid-1840s, with President James
Polk pursuing an aggressive policy of Manifest Destiny, Carson becomes the scout that helps the U.S. Army in its often comic campaign to conquer the Northern Mexican territories of New Mexico and California.

The tragedy of the book comes during the brutal suppression of the Navajo Indians, where Carson carries out the U.S. Army’s scorched earth policy, burning crops and starving the semi-nomadic Navajos into submission.

In 2001, Sides had a major bestseller with “Ghost Soldiers,” an account of American POWs held by the Japanese during World War II. He was casting about for his next book project when he came across the Navajo’s “Long Walk,” where the vanquished Native Americans were forcibly resettled by the U.S. Army to a reservation.

“The story of a siege, a surrender and a long march sounded very familiar to me,” said Sides, in a telephone interview from his home in Taos, New Mexico, referring to the parallels with the Bataan Death March in his previous book. “It was going to be almost the identical
time frame, but then I asked the question, Kit Carson rounded up the Navajo and who was Kit Carson? That question took three years and many thousands of miles to answer.”

The life of Kit Carson becomes the dramatic center of the book. Using extensive historical documents, including Carson’s own memoirs and contemporary accounts, Sides plunges into his biography and character. Carson came from hardy Scotch-Irish stock and his father was
killed when he was seven. Carson’s fondest memories may be of the time when he was living with his first wife, an Arapaho Indian, and trapping in what is now Colorado and Utah. Despite adopting Indian customs and buckskins, and living with various tribes, Carson participates in occasional massacres of Indians as retribution for murdered friends.

Carson was a tactical genius, but was illiterate. His insecurities about his lack of schooling may have made him pliable in the hands of men from higher classes, including the colorful explorer John Fremont, who pushed the American campaign in California, and the generals of the U.S. Army. “Carson had a deference to men that were better-educated than him,” said Sides. “It was also the realities of the U.S. Army of the day--you were given orders, and you carried them out.”

As the book evolved, so did Hampton’s view towards Carson. “I started with the belief that Carson was a genocidal maniac,” said Sides, referring to the campaign against the Navajo, where a third of the Navajo nation was wiped out due to starvation, forced march and four-year resettlement on a reservation that was more like a concentration camp. “At the end of the book, my view of him was much more nuanced and multidimensional. I came to view him like a Mafia character, someone who would be interesting to meet, a colorful personality, but a man with a code that I didn’t fully understand.”

As the bloody battles of the Mexican-American War are raging in Mexico proper, a small group of American dragoons under General Stephen Kearney were conquering New Mexico. Heroism, valor and foolishness sat side by side at the long-forgotten Battle of San Pasqual, where the courageous Americans were almost decimated by Mexican horsemen armed with lariats and lances. Carson’s quick thinking and deadly aim stops a total slaughter .

Sides’ swirling history includes a segment on the westernmost battle of the Civil War, where Confederate troops captured Albuquerque, New Mexico. The rebel troops were routed in part by Union volunteers from Denver, which included the fearsome Major John Milton Chivington, nicknamed the Fighting Parson, who marched 400 miles to stop the rebel advance through combat on the Santa Fe Trail. At the battle, the commander of the Colorado volunteers, Col. John Slough, was so despised that his troops tried to kill him by firing a howitzer at him.

Sides presents an evenhanded view of the relationships between the Navajo Indians and settlers. There are atrocities and scalping by both sides. Each side raids the other for slaves.

After the U.S. Army has wrested New Mexico and California from the Mexicans, the Navajos continue raiding both Mexican and American settlers. Under the direction of General James Carlton, Kit Carson is ordered to subdue the Navajos in New Mexico through destroying crops and starvation, forcing them to move from their ancestral lands to a distant, inhospitable reservation on the Pecos River.

“It was horrible,” said Sides. “The campaign was thought to be be one of the first modern, premeditated and concerted scorched earth policies. Though destroying people's crops and villages is as old as warfare, this was the first example of a written U.S. Army policy.”

“As horrible as it was, it worked. Carson did in a year what the Spanish couldn’t do in 300 years, which was t o force some kind of surrender. It was a tragic thing, hard to write and probably hard to read.”

After writing two brilliantly received books about death marches and mass killings. Hampton admitted that he’s ready to move on to other subjects.

“For the next book, I’ d like to interview people for it,” said Sides. "The people in this book were really, really dead. I also want to do a book where there is no dysentery, no massacres and no beheadings. I am done with killings for a while.”

Dylan Foley is a freelance writer in Brooklyn, N.Y.
Posted by Dylan Foley at 10:58 AM