John McGahern’s Last Literary Effort in "All Will Be Well" 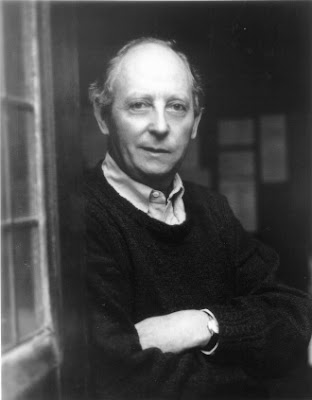 “Writing this memoir, I discovered how treacherous the memory is,” said the great Irish novelist John McGahern two weeks before his death on March 30th. “We tend to telescope things that actually took place over a long period of time.”

In one of his last interviews by telephone from his farmhouse in County Leitrim, Ireland, McGahern discussed his powerful and moving autobiography “All Will Be Well” (Knopf, $25), which chronicles his mother’s death from cancer in the 1940s when he was nine and his survival in the house of his abusive police sergeant father.

Like his novels “The Barracks” and “By the Lake,” McGahern’s memoir is a lyrical telling of a lost rural Ireland. The book opens with the intense bond between the writer and his schoolteacher mother Susan, and her battle with cancer. Her death is inevitable and she is all that protects her seven children from the violent rages of her husband Frank.

The author of six novels and three short story collections, McGahern was known as one of Ireland’s most beautiful prose stylists. He wrote about bleak family relationships and the endings in the novels, all set in the Irish countryside, were not usually happy.

McGahern had a bout with colon cancer, but battled it into remission in 2002. The disease came back with a vengeance this year. McGahern had to cancel his American book tour in early March. “My bags were packed, but the doctors told me it was not a good idea to go,” he said.

Despite his terminal illness, the 71-year-old McGahern was an engaging and witty interview subject, reflecting on life with his mother and father from sixty years ago.

“My father was very attractive and handsome, like a movie star,” said McGahern. “In the marriage, he started behaving badly even before I was born. My mother was very religious. She was committed to one man and would think that was her duty.”

The memoir is a clear-eyed account of the abuse in the McGahern family and how the children survived. It is told without melodrama or self pity. Outside his immediate family, Frank McGahern could be a charming figure. At home, he beat his children often without provocation. “He hated when we were at peace or getting along well,” said McGahern. “He had to cause some incident or violence to break up that happiness. The violence was to direct the attention back at himself.”

One of the father’s cruelest acts was to neglect the mother in the last months of her life. The mother and father were living in separate villages 20 miles away, but he rarely visited. The title of the book comes from a bizarre letter that the father sent the dying mother, telling her that all will be well if she put her faith in god.

Three days before Susan McGahern died, her husband sent men to take the children away and to strip her house of all its furniture, except for the room she was dying in. McGahern was forever haunted by the moment that he ran out of her room for the last time.

“It was extraordinary just to leave one room furnished in the whole house,” said McGahern. “All the furniture was taken out. I can still hear those iron beds being banged apart.”

The children were also banned from the funeral. “My father wouldn’t let me go because he wanted to be the lone star of the funeral,” he said.

In a magnificently written, wrenching scene, at the same time that his mother’s funeral begins, the nine-year-old McGahern runs out to the neighboring fields with a clock, following the rituals of the mass minute by minute as his heart breaks.

“It wasn’t very hard to write because it was so vivid,” said McGahern. “It was as vivid as yesterday.”

It was the memory of his loving and nurturing mother that enabled McGahern and his siblings to live through violent and unstable conditions. “We certainly wouldn’t have survived if we didn’t have the years we had with her,” he said.

McGahern and his five sisters and one brother banded together to subvert their father. “We became a small army to ourselves,” he said. “We organized ourselves against our father. Anyone who tried to curry favor with him would be punished by us. He became isolated in his own home, even when we were just 14 or 15.”

The McGahern children would parody the father’s whining and complaining that he had such ungrateful sons and daughters. “We would have these jazz sessions, where we would imitate him,” said McGahern. Imitating someone is like mastery. We used to laugh at him.”

Despite the abuse at home, all seven McGahern children eventually escaped the father. Several of the sisters became nurses in England and others became civil servants in Ireland. The human toll on the children was heavy, especially on the youngest Frank. “Frank did very well in life,” said McGahern. “He was the financial comptroller of the BBC in London, but he never really recovered. He eventually drank himself to death.”

In the memoir, McGahern explores the roots of his life as a writer. His mother’s burning desire was that he become a priest and say Mass for her. He had the epiphany that he would rather be a writer, to be a god of his own fictional world.

McGahern touches on the early scandals of his 1965 second novel “The Dark,” which includes scene of a father sexually molesting his son. The book got him fired from his job as a schoolteacher by the Archbishop of Dublin. “The Archbishop of Dublin was obsessed with impure books and movies,” said McGahern, laughing at the 40-year-old memory. “He didn’t want a writer of impure books in his school.”

“All Will Be Well” has sold 70,000 hardbacks in Ireland. For his only memoir, McGahern resisted embellishment. “The fiction writer’s instinct is to improve and reinvent, but of course you can’t do that,” he said.

Though John McGahern’s death is a loss to the world literary community, he has given readers his final gift, a starkly beautiful memoir of a boy surviving a harsh childhood to become a world-class writer. “McGahern’s “All Will Be Well” has set a high standard to meet for the memoirs that follow.

Dylan Foley is a freelance writer in Brooklyn, N.Y.
Posted by Dylan Foley at 11:06 AM