Feature: Russell Banks on Tortured Love and Class Conflict in the Adirondacks 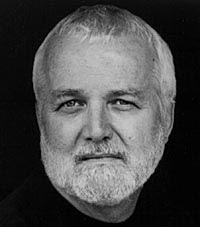 Russell Banks’ lush new novel “The Reserve”(HarperCollins, $25) is set during the Depression and focuses on Jordan Groves, an uncompromising leftist painter who flies his biplane through the Adirondack Mountains of upstate New York where he lives. Groves is torn between the working class that he champions in his art and the wealthy who buy his paintings.

The Hemingwayesque Groves grapples with his political ideals and personal desires against the backdrop of the Spanish Civil War and the growing specter of fascism in Europe. The egocentric painter, though married, is drawn to the Vanessa Cole, a troubled heiress whose father owns a nearby estate in the Reserve, a vast tract of land restricted for use by its wealthy owners. Passion, lust, adultery and family secrets help force a tragedy that leaves a woman dead and Groves’ marriage in shambles.

Jordan Groves great ambivalence toward the American class system is central to the novel. “I don’t think this ambivalence is peculiar to Jordan Groves,” said the 67-year-old Banks, in an interview from a New York City restaurant. “It occurred to me that of the writers, artists and intellectuals of the 1930s, almost all of them, like John Dos Passos and Edmund Wilson, were radical leftists. They identified with the working class and the oppressed, but their social milieu and their readership were the class that they were opposed to, that their politics were lined up against. It is peculiar to Americans. I don’t think that French or German writers have this kind of divide.

“The American culture’s attitude with regard to art is basically that it is an amusement of the elites,” said Banks. “It is not regarded as a necessity in the lives of ordinary people. That is why I made Groves a painter, dependent on the aristocracy to buy his work.”

Twenty-five years ago, Banks moved up to the Adirondacks. He came across the 1930s leftist painter Rockwell Kent and his complicated past, which formed a model for Jordan Groves.

“I have some of Rockwell Kent’s signed first editions and some of his prints,” said Banks. “He was a famous painter, a philanderer and an egomaniac. He lived his life as if it was the most important thing on the planet.

in the Adirondacks, Banks discovered unparalleled beauty and an awkward class system. “I became entranced by the Adirondacks and its class structure,” said Banks. “It is not unique to the Adirondacks. Every place in America that is physically beautiful has the same structure, whether you are in the Outer Banks of North Carolina or Montana. You have people with a great deal of money building houses and the local people become dependent on them economically.”

The fictional Groves sleeps with women from all cultures, from Manhattan heiresses to the Eskimo women he meets in Alaska. Hypocritically, he hits the roof when he finds out that his wife has had a love affair with an Adirondack guide who tends to the wealthy Cole family.

“I think these men like Groves are out there, even if they are underground,” said Banks. “Women know they are out there. I’ve been finding that women readers tend to be sensitive to this book, and they say, ‘Oh yeah, I know this guy.’ Nowadays, they are not that overt. Among my contemporaries, I know a whole bunch of guys who have these values. It’s like racism. It exists, but you can’t say it openly. What Hemingway could say in print, the racist terms and anti-Semitic writing, no writer could put in print today.”

Banks deftly weaves several important historical elements as plot devices into the novel, including the Spanish Civil War, the Hindenberg and the experimental use of lobotomies.

“Even as the private dramas are unfolding in the novel, there is a historical sequence to which they are connected to,” he said. “Today, you’ve got your personal life, I’ve got my personal life, but there’s a war going on, the economy’s tanking, and there is an incredibly important election is happening. It’s the texture of our life.”

Banks was raised in New Hampshire by a violent father and an emotionally unstable mother. Banks also had his own hard-drinking, bare-knucked youth. He once famously said that if he hadn’t become a writer, he probably “would have been stabbed to death in the parking lot outside a bar in Florida at 24, or something like that.”

Since the early 1980s, he has had best-selling novels like “Continental Drift” and “The Rule of the Bone,” and books like “The Sweet Hereafter” have been made into critically acclaimed movies. He still wears the mantle of success, fame and wealth warily.

“Of course I have conflict over success, or I wouldn’t be able to write this book,” said Banks regarding the eternal battle successful artists have over the class they come from versus the the money that surrounds them.

“At some level, the conflict that Jordan Groves has is one that I share, as does Tony Kushner, E.L. Doctorow and many other successful writers,” said Banks. “I don’t see any resolution of this conflict. There is a truth to this conflict, and the truth is that a writer can’t really belong to any class.”

Dylan Foley is a freelance writer in Brooklyn, N.Y.
Posted by Dylan Foley at 7:38 AM