Jane Smiley’s Take on War, Sex and Hollywood in "Ten Days in the Hills" 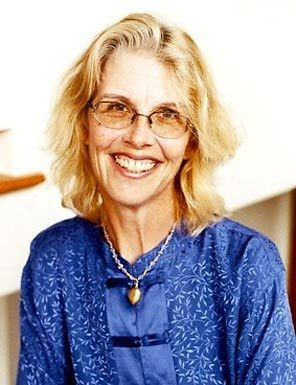 Jane Smiley’s new novel “Ten Days in the Hills”(Knopf, $26) takes place during the opening days of the Iraq War in 2003, where a has-been movie director named Max entertains his family, friends and some unwanted house guests in his isolated mansion in the hills overlooking Hollywood. Inspired by Giovanni Boccaccio’s 14th century stories in “The Decameron,” the participants fight about the war, have sex, discuss movies and tell stories.

With two of her novels, “A Thousand Acres” and “The Secret Lives of Dentists,” having been turned into films, Smiley has her own views on Hollywood. “My experience is that you get screwed one way or the other in Hollywood,” said Smiley, in an interview at a New York hotel, “but there are variations on getting screwed.”

Bringing this experience to bear on the new novel, Smiley has created a witty, talkie fiction about the Hollywood culture, where not much happens. Ten complex characters reveal their angst, humor and fixations, discussing their failed careers and successes while picking a voluntary quarantine in the lap of luxury while a war rages in a distant land.

For Smiley, the origins of the new novel come from her long-burning desire to write a sex novel set in Hollywood. In 2002, the plot developed when she started reading the “The Decameron,” about citizens of Florence trying to escape the Black Death.

“I read ‘The Decameron’ at the same time of the anthrax scare,” said Smiley. “Our press was full of panic over a dozen anthrax cases. In Florence in the 14th century, 50 to 70 percent of the city was dying of the plague. Plagues were on my mind.”

Like “The Decameron,” the book is divided into 10 parts, each marking a day in America’s newest war. Smiley writes explicitly about sex, often using street terms for the various parts involved. The desire to write honestly about sex, she noted, comes from Hollywood’s failures.

“I saw ‘Meet Joe Black,’ a movie about love, and when the characters had sex,” said Smiley, “the cameras focused on their faces. How would you portray lovemaking? It’s very difficult.

In Max’s house, the amicable, dysfunctional family starts to crack after some arguments over the war. The occupants retreat into discussing movies, sex and older horrors, like the Nazi death camps, the Crusades and the Rwandan genocide. Life goes on, despite the war. People eat, people discuss old family conflicts as the war becomes a faraway news event. “It had to be in a house far way from the center of things, like ‘The Decameron,’” she said.

“If you’ve seen my pieces on the Huffington Post,” said Smiley, referring to the opinion web site, “you’ll know that I am a fiery polemicist against George Bush and the war. My editor and I felt that to go on and on about the war was really boring. We decided to get to the war by talking about the other dislocations of history.”

In Max’s house, there is a sexual betrayal, then the residents continue eating healthy, expensive organic food. They watch and discuss movies, from “Sunset Boulevard” to “The Ten Commandments.” “I also had to get the Ingmar Bergman’s “The Seventh Seal’ in there because it deals with the Black Death,” said Smiley, in a nod to “The Decameron.”

The complacency of the people in the house is further shaken when they are invited to stay with a Russian billionaire who wants Max to remake an old Yul Brynner Cossack film “Taras Bulba,” based on a novel by Nikolai Gogol. All 10 members of the hodgepodge family move to the Russian’s house in Bel Air, a fantasy mansion full of stolen Vermeers and Rembrandts.

The Russians offer Max anything he could ever want to make their film. In the megamansion, two maids try to sleep with the guests. The novel shifts into what is almost a fantasy sequence, a fable.

Even in the fantasy mansion, the occupants are left with the turbulent realities of America’s future. For most of us in America, life goes on,” said Smiley. “For Isabel, there is a feeling that her prospects, despite her privilege, are much darker than Max’s were at his age. Though she finally admits she loves Stoney, her lover, that doesn’t make them safe, or that that the prospects for their children are good.”

Smiley’s own trials as a novelist in Hollywood were mixed. “For ‘A Thousand Acres,’” the book that won Smiley a Pulitzer, “they treated me great, had me on the set and made a dull, earnest movie,” said Smiley. “For ‘The Secret Lives of Dentists,’ they treated me like I was dead, I had trouble getting paid and I had to buy my own ticket to see the movie. I thought the movie was fabulous, so I forgave them for being such [creeps]. Wouldn’t it be nice if they could be good to you and still make good movies?”

Smiley is about to take her third expedition into Hollywood. “I’m in the midst of taking the plunge with my last novel, ‘Horse Heaven’,” she said “It’s not such a crime, because now I’m prepared.

“My advice to any novelist involved with movies is to keep writing novels,” she said. “Hollywood will tickle you under the chin and make you feel great, but they are not reliable.”