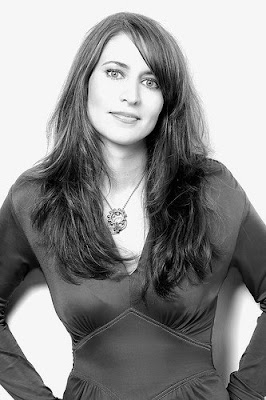 (Originally published in the Newark Star-Ledger in August 2007)

In her gripping and wry book, “Sin in the Second City: Madams, Ministers, Playboys and the Battle for America’s Soul”(Random House, $26), the journalist Karen Abbott tackles prostitution and white slavery hysteria in Chicago during the first decade of the 20th century. The book centers on the infamous madams Minna and Ada Everleigh, two Southern sisters whose Everleigh Club was the most classy and exclusive brothel in North America.

The action of the book takes place in the Levee, Chicago’s red light district, segregated from the rest of the city to protect the morals of pure, young women. With corrupt aldermen and Democratic politicians like Bathhouse John Coughlin and Hinky Dink Kenna on the take, brothels abounded, with 5,000 women and girls working in them. The Everleigh sisters created a spectacular 50-room whorehouse, with a gold room, fountains of perfume and the the most beautiful girls. They were so famous that “to be Everleighed” became its own verb, inspiring its shorter, modern equivalent. With stories of kidnapped and abused young girls hitting the newspapers, a frenzy over white slavery heats up and the reformers leap in. A crusading cleric, Rev. Ernest Bell, vowed to shut down the Everleigh Club and an ambitious young State’s attorney named Clifford Roe fought to lock up the pimps and panderers who traffic in girls. Legendary characters abound, from Congressman James Mann of Mann Act fame to the Chinese courtesan Suzy Poon Tang (whose name became a bawdy noun). Abbott’s research is extensive and her narrative is witty, relentless and intriguing, covering the rise and fall of the Everleigh sisters and the Levee.

Abbott, 34, was raised in Norristown, Pennsylvania and educated at Villanova University in Pennsylvania. She was a staff writer at Philadelphia magazine and has written for salon.com. She presently lives in Atlanta with her husband. Abbott spoke with freelance writer Dylan Foley by telephone from Chicago.

Q. How did the story of the Everleigh sisters and their Everleigh Club come to you?

A. It came from a bit of family lore. My great-grandmother and her sister emigrated from Slovenia to the United States in 1905. The sister went to Chicago and disappeared. She was never heard from again. I wanted to investigate the circumstance that could have led to her disappearance. I started looking at Chicago in 1905 and came across the shooting death of Marshall Field Jr. shooting pretty quickly. That led me to the Everleigh sisters, and then I didn’t really care at all what happened to my relative.

Q. How did the Everleigh sisters create their identity?

A. When I started looking into the Everleighs, they very expertly created these myths about themselves that was perpetuated through decades. They presented themselves as Southern debutantes, women of social standing and grace. Their personas were as important to them as the decor of their parlors and the beauty of their girls They had some pretty tragic and heartbreaking pasts. Their family lost their fortune after the Civil War. Their grandniece said that their father forced them into prostitution.

Q. Why did you expand the book from the Everleigh sisters to cover corruption, immigration and white slavery madness?


A. At the beginning, I thought it was an interesting story about two women, but then it occurred to me that it was a larger story about America at the time and America’s identity crisis. Immigration was exploding and urbanization was speeding up and people were changing their ideas about sex. There were thousands of white slave narratives, “P@rn for Puritans,” as I call them, were reflecting concerns about shifting mores and values. The country was terrified. The government was really expert at manipulating the fear. It was kind of like their Progressive-era terror alerts.

Q. What was the swirling scene at the Everleigh Club like?

A. The Everleigh Club was the place to be. Prince Henry, the Kaiser’s brother, shows up in New York. The press corps is all bored, asking questions like, “What do you want to see? The Statue of Liberty?” He says, “No, I want to go to the Everleigh Club.” For Prince Henry, they put on an elaborate production of the murder of Zeus’ son, complete with a cloth bull and fake blood.

For young women at the time, they’d be lucky to get a job as a typist. a clerk or a domestic at six dollars a week. If you went to a lesser whorehouse, a girl could get a job for $50 a week. At the Everleigh Club, a girl could make $100 a week.

In the book, I talk about all the fun, fabulous things that happened at the- club, but there was an undercurrent of tragedy. Some girls showed up at the club because they were abandoned by their husbands and had children to care for. Others met with tragedy. One committed suicide. Another was found murdered in a New Orleans alley with her hands cut off to steal her rings.

Q. With characters like Ike Bloom, Hinky Dink Kenna and several dead Chicago millionaires, how did you keep the narrative moving?

A. I’m really lucky. I have a great writing group They’re novelists. I’d spent days reading these dry academic papers on white slavery and would be at risk for writing like that, they would write things in the margin like “Boring!” They were helpful in keeping the narrative focused.

Q. Did you find any evidence that the hysteria over forced prostitution had any basis in fact?

A. The academics are still debating this. The unfortunately named Maurice Van Bever and (brothel owner) Big Jim Colosimo did play a role in some coercion, but I don’t think it was to the extent that the reformers were saying, that 60,000 girls were dying every year in brothels. The backlash against the furor was insightful. The former mayor of Toledo said that the white slavery narratives were the sort of pornography used to satisfy the American sense of news.

Q. Two of your main reformers--Rev. Ernest Bell and State’s attorney Clifford Roe come off as sympathetic characters. How did you write them?

A. If they weren’t sympathetic characters, the reader would dismiss them as a viable enemy to the Everleigh sisters. Ernest Bell was probably the most interesting person to research. He kept everything, from his diaries and his doodles, to pamphlets of men with faces eaten away by syphilis. He even left his personal effects. I felt like I was going through his pants pockets.
Posted by Dylan Foley at 7:11 PM