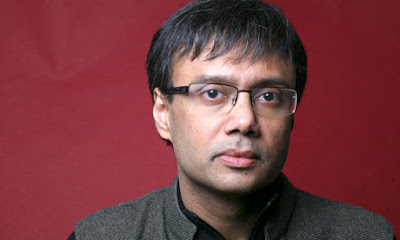 In his lush novel “The Immortals”(Knopf, $26), the Indian writer Amit Chaudhuri uses the intense relationship between a singer of classical Indian music and his teenage pupil to explore the social turbulence in 1980s India as it moves to a liberalized economy, changing the country forever.

Mr. and Mrs. Sengupta in Bombay are paragons of the New India, where he is a the director of the Indian subsidiary of a large British company, and she is a glamorous woman and a talented amateur singer. The family hires Shyam Lal, a virtuoso singer who makes his living teaching music to wealthy women to teach Mrs. Sengupta. Shyam’s lessons provide for his extended family at the expense of pursuing his music career. The Senguptas’ 16-year-old son Nirmalya is a sheltered rebel in torn jeans who then takes vocal lessons with Shyam as his guru, raising questions of the tensions between teacher and pupil, class in modern India and studying music solely for art’s sake. Using some of his own autobiography, Chaudhuri has written an enchanting novel on the place of traditional music in a modernizing India and what it means to be an artist.

Chaudhuri, 47, was raised in Bombay, is the author of six books of fiction and is an accomplished classical Indian singer. Chaudhuri spoke with freelance writer Dylan Foley from his home in Calcutta.

Q. What is your own relationship with classical Indian music?

A. When I was 12, I began to learn how to play the guitar, gradually moving into rock and blues. I was taken by the idea of the singer-songwriter. At the age of 15 or 16, I started to listen to more Indian classical music, ironically because of the enthusiasm for certain Western rock bands like the Beatles for Indian music. I became interested in Indian vocal music. I started taking lessons with a teacher who was a great virtuoso himself, and continued studying with him, even after I went to England in 1983.

Q. So this novel has been percolating in you since 1983?

A. Elements of the story were there from 1988, when my teacher died. I began to revisit the story in my novel “Afternoon Raag,” which has fragments of memories of my teacher and my encounters with Indian music. My story “White Lies” is also about a virtuoso singer and teacher of upper-middle-class women. The questions I wanted to address included what does a traditional musician do now that historical sources of patronage, such as the royal courts, are now gone. By the late 1970s and ‘80s, India was changing into the India we now know. The austerity of (the Indian leader) Nehru was giving way to a free enterprise India. How would a traditional Indian musician and his music fit into the new world? I wanted to write about how one man coped and failed to cope with that change.

Shyam is both a guru and an employee who is benefitting from his arrangement with the Senguptas. His pupil, Nirmalya, has a romantic sense of art and artists and refutes the materialism of his father’s world while not giving up any of the privileges. He has no understanding of what an artist must do to survive. I had this picture of this boy who belongs to a wealthy family in a torn kurta (a traditional Indian shirt), ripped jeans and expensive footwear, sitting with his teacher who is wearing a spotless white kurta pajamas, both of them looking at each other with a degree of indulgence, with an undercurrent of exasperation and bafflement. Nirmalya yearns for something that is not of his father’s world, while his teacher is perplexed that a boy who comes from wealth would dress like he is poor.

Q. Nirmalya is a rebel with an indulgent mother. Were you like Nirmalya as a teenager?

A. There are significant differences between myself and Nirmayla, but we have things in common. It is only after many years that I realize what a symbolically rich period the 1980s were for me and for Bombay. Everything was changing, and the line between art and commerce was beginning to blur. I look at the person that I was thirty years ago and I see that person I was as a peculiar and interesting character, full of yearning, convictions and prejudice. I have so much distance from the boy that I was that he seems like a fictional character. It makes him quite fascinating to me.
Posted by Dylan Foley at 7:12 PM