William Vollmann Asks People Around the World, "Why Are You Poor?" 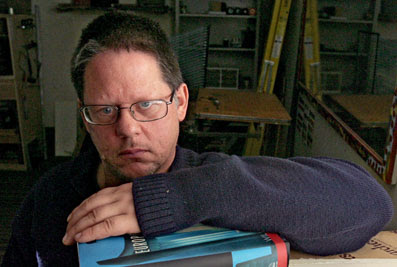 
In “Poor People”(Ecco, $30) journalist and novelist William Vollmann traveled around the world for 10 years, going to dozens of countries, talking to poor people and asking them, “Why are you poor?”

Vollmann has created a riveting account of poverty in a wide range of cultures. Readers will meet Sunee, a former Bangkok bar girl and alcoholic, working as an office cleaner, who sees her poverty as transgressions in her past life. In Russia, Vollmann meets two competing street beggars: the 80-year-old Oksana, who supports her children and grandchildren with her begging and is almost cheerfully resigned to her situation, and Natalia, who blames her poverty on her seizures. Vollmann writes his accounts of the poor with an almost infuriating lack of passion, but allows for the readers to make their own judgments, backing up the narrative with poignant back-and-white photographs of his subjects. He is blunt about paying his subjects. One of the most intriguing parts of the book is Vollmann’s relationship with a homeless encampment he allows to stay on his property in California, where he keeps a generous philosophy with his squatters in the face of vandalism and petty crimes against his property.

Vollmann, 47, was raised in Los Angeles and educated at Cornell University. He is the author of 13 novels, including “The Royal Family” and “Europe Central,” which won the National Book Award in 2005, and lives with his wife and daughter in Sacramento. Vollmann met with freelance writer Dylan Foley at a hotel in New York City.

Q. How did you start working on “Poor People”?

A. When I was working on “Rising Up, Rising Down,” my book on violence, a lot of periodicals sent me to different places. When I arrived in a new place, I would ask various things. I was trying to figure out the most violent person or event. Often poverty and violence are related. I wondered if poverty and violence were proportional in any sense. I started to find out that the answers to poverty varied widely. I started asking people, “Why are you poor?”

Q. What definitions of poverty did you come up with?

A. We are so conditioned to think of what I call the “cash nexus.” It’s part of the mania of our particular time period to quantify it. When we think of poverty, we want some kind of formula. The United Nations will say that people who live on four dollars a day are poor. That’s not a bad definition for NGOs and governments, and people working on poverty need something to help them with their work. Poverty, like anything else, is perceptual. I would say that the person who feels impoverished, I would call them poor. In relationship to someone who has less than I do, I am rich.

A big problem is that you are relying on poor people to describe themselves. People who’ve endured lifelong poverty often don’t tell good stories. Their lives are shut down and often can’t articulate their stories like the riveting horror of a victim of violence.

Q. You write about invisibility, numbness and the deformity of the poor. What does this mean?

A. Because poverty is intractable, people do not want to deal with those who have less, if possible. Those people are going to be invisible most of the time. You can see the same panhandler every day, but no matter how much you gave him, he would never be satisfied. Someone who has less than we do, most of the time they are an eyesore, an annoyance, a threat. To the extent that we perceive them as such, they are a deformity. To the extent that we ignore them, they are invisible.

Q. You write about paying the people you interview. What was the purpose of that relationship?

A. I like to think that if human beings are truly equal, I deserve to learn from and make money from people like Natalia, and she deserves to make money from me. It makes the relationship more equal and gives both participants more dignity. I don’t have to feel like a vulture. She made relatively easy money and I got what I wanted.

Q. You write without editorializing or judgments on your subjects. Why?

I’ve always tried not to judge people unless they behave in ways that affect others I don’t have any right to say anything about Sunee’s drinking. That’s the one pleasure that she has.

Q. You have an encampment of homeless people living in the parking lot you own near your house?

A. It’s going pretty well. It’s enlightening to have that building. People will be there night after night. I can be nice, I can be generous, and ultimately that is good for me, and I can brighten their day, but they will always want what I have, and I will always have to be on my guard around them. I had to put up razor wire recently because people kept on opening my outside tap with pliers, and leaving it on. That made me sad. I also had to chop down a plum tree that provided shade for prostitutes because people used the tree to get on my roof.

Q. What do you think is the line between fact gathering?

A. Voyeurism is basically sexual. If an interaction is consensual between two adults, I don’t have a problem with it. If you are using a person, I have a problem with it. Nobody is going to agree what constitutes use and misuse of another person. As long as I have a line which I follow, which is decency, then it is okay.
Posted by Dylan Foley at 8:28 PM

Labels: Poor People, Why are you poor?, William Vollmann