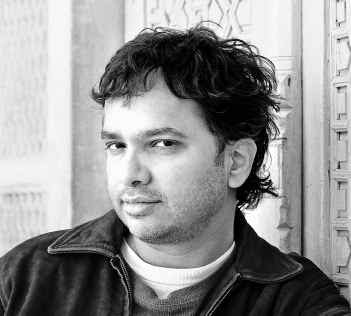 In 2005, HarperCollins bought Indian writer Vikram Chandra’s latest novel with an astounding $1 million advance, setting off a furious buzz in the publishing world. The novel “Sacred Games”($28) has finally been published as a 900-page epic thriller, narrated in part by the dead Bombay gang boss Ganesh Gaitonde, and follows the hard drinking police inspector Sartaj Singh as he investigates the gangster’s suicide in a nuclear bomb shelter.

You should believe the hype about “Sacred Games.” Chandra has taken a simple story about a police investigation of a murder-suicide and turned it into a swirling ride into the underbelly of Bombay, from police corruption to gangsters and Muslim-Hindu race riots with politicians calling for murder. There are dancing girls, movie stars and prostitutes, secret agents and communist insurgencies, and a crazed guru with dreams of a nuclear fire purifying the world. Chandra’s clear literary prose drives a novel that examines the 60-year-old scar of the partition of India and Pakistan, a wound that has not healed, causing terrorism and wars to this day. Despite the darkness of the novel, the vibrancy of Indian culture, the heroism of everyday life, comes through in Chandra’s vivid characters, from mobsters to police widows and street urchins.

Chandra, 45, was raised in New Delhi and educated at Pomona College and Johns Hopkins University. He is the author of “Red Earth and Pouring Rain” and “Love and Longing in Bombay,” lives in Berkeley, California with his wife and teaches creative writing at the University of California Berkeley. Chandra met and spoke with freelance writer Dylan Foley in New York City.

Q. How did you decide to write a novel narrated by a dead gangster?

A. I had this image of Sartaj and Gaitonde and I had no idea what this image meant. I saw this hardened bomb shelter in a suburb of Bombay. Sartaj was outside and Gaitonde was inside. All I knew was that Gaitonde was dead at the end of the conversation. It became a plot question. How to make it work?

Q. Corruption is rampant in Indian society. Bribes are regularly taken by the police. There is collusion between the police and the mob. Can you explain this web of bribery?

A. Corruption is not just with the police. Entire swaths of the various relationships in India are infected by corruption. It is in the water you swim in. For a person like Sartaj, who flinches a little when being involved in bribery, it becomes very hard to survive without it. Corruption sucks you in, whether you want it to or not. It gives opportunity to people who are supposed to facilitate things to block things, so you have to give them money. You have to give money to get your passport made, or to make sure your phone lines don’t suddenly go down. If one could look for causes, one could look at the Soviet Union-style bureaucracy that has built up over the past 60 years, which we haven’t been able to get rid of.

Q. How does Sartaj function in this society?

A. He coasted for a while on his ex-wife’s wealth, but now that she is gone, he has no choice. What he does is participate, but keeps his ambitions under control. His boss Parulkar plays the game completely. Sartaj is not willing to play the big game and keeps as upright as he can.

As a character, Sartaj came to me fully formed as a Sikh. Sometimes that happens. I occurred to me that he would be very useful as an outsider. He would stay outside the local politics and rivalries, but still comment on them.

Q. How do you view the “encounter” system where the cops shoot suspected criminals, often with little evidence?

A. It is a very dangerous thing. In the Indian context, it springs from a couple of things. One is the perception that the judiciary is weak. The cops see it as, “I’ve spent two years tracking this guy down. I’m going to take him to court and it will drag on for two years, then he will go free.” Also, witnesses often disappear. The police begin to act not only as police, but as judge and executioner. The moral corruption is very easy. At what point does a policeman become a hitman for the mob?

Q. What interested you in the gang boss Gaitonde?

A. What interested me were the same things I hope will engage the reader-- his intelligence, his charisma and huge ambition, and his ability to think quickly. Being an ultimate survivor, he presents a tremendous life force. I hope it all stays within the realm of the believable. The men who stay alive in this game are ruthless and efficient. The crime bosses I met all had intense, crazy charisma mixed in with heavy doses of self-deception and justification.

Q. A principle character is Guru-ji, a religious leader with dreams of nuclear destruction. What interested you in his visions of Armageddon?

A. Gaitonde’s last question to Sartaj, on which the whole book hinges, is “Do you believe in god?” If you do believe that our lives have structure and meaning, can we see what will happen next, can we shape the future? Contained in this narrative is an apocalyptic message that exists across religions. The burning is coming and after that, we will find paradise.

Q. You start with a simple murder-suicide, then go back to the partition of India and Pakistan, communist insurgencies and other traumas that India has experienced. How did all these pieces come to you?

A. When I started the book, I thought of it in a much simpler way, as as a linear crime narrative, with a dead body or two at the beginning and ending 300 pages later. The connections opened up. If a bomb goes off on a Bombay train, that is a reverberation of what happened 60 years ago. I wanted to find a way to bring all these political and social layers together.

A. I guess through an act of self possession. I kept my nose very close to the ground and concentrated on writing this person’s next scene and finishing this chapter and getting to the next day. After I combined all the parts, I thought, “Damned, this is a big book.”

(This interview was originally published in the Newark Star-Ledger in February 2007)
Posted by Dylan Foley at 5:03 AM