Pat Barker on Painting the Horror of War 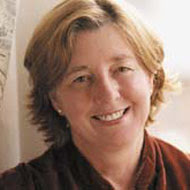 In her novel, “Life Class”(Doubleday, $24), the British writer and Booker Prize winner Pat Barker revisits the early days of World War I and its effect on three art students involved in a love triangle--Kit and Paul, who are both in love with the fiercely independent Elinor.

When Paul studies at the prestigious Slade School of Art in London, he finds that he has artistic talent, but no vision. After a tortured love affair with a model from a drawing class, he falls hard for Elinor, who is also pursued by Kit Neville, the son of a famous war correspondent. In the patriotic furor of 1914, Paul joins the Red Cross and Kit goes to paint the war. In Belgium, long before most British troops land, Paul is exposed to the abominable human costs of the war, the mass slaughter of men like sheep and the shattered casualties that arrive at his field hospital. Paul begins to paint the wounded and disfigured, paintings that he knows British society in the first year of the war will never accept. In her gripping new novel, Barker explores how art and love are both irreparably changed by war.

Barker, 64, is the author of 11 works of fiction, including “The Ghost Road,” which is part of her Regeneration Trilogy, which covered World War I and for which she won the Booker Prize in 1993. She lives in Durham, England, and spoke to freelance writer Dylan Foley by telephone from her home.

Q. After writing about World War I in a trilogy and a stand-alone novel, why did you return to this war as a subject?

A. I never planned to return to the subject of World War I, and I was surprised when I did. I was thinking about the war artists who had painted at the front, and I realized that I hadn’t exhausted what I wanted to write on the subject.

Q. In the novel, there is little questioning of the war and much enthusiasm for fighting the Germans. Why?

A. In 1914, I don’t think people questioned the war. For a lot of people, it was very simple. The view was if your mother was being attacked, you stop the attack. You don’t ask why. A lot of people were very enthusiastic about the war, and were very idealistic. For someone like Paul, who was the opposite of militaristic, he is not enthusiastic about the war, but he believes that he has to do whatever he can to help the war effort.

Q. What effect did World War I have on British values?

A. War establishes a different set of values, especially self sacrifice, so it is overly easy to represent these values as being superior to the values of peacetime. For the art students and artists at the Cafe Royal (in the novel), these was a great sense that everything was changed by the war. The older generation realized that everything they had to say was old fashioned and out of touch. Men who had the wartime experience often became great authorities in society, even though they were very young.

Q. Why does the idealistic Paul, though wounded, want to go back to war at all costs?

A. Paul wants to go back because he no longer fits in at home. That was a characteristic of a lot of soldiers--they longed to go home on leave, but when they got home they found out that the civilians were completely uncomprehending. In the end, they wanted to be back in the trenches because the only people who understood them were there fellow soldiers. Before the war, Paul was told by his art teacher that he had talent and technique, but he didn’t seem to have anything at all to say. The war gave him a vision. As an artist, he hates the war, but that is his subject. As a Red Cross orderly in France in 1914, he is seeing the war before most of the British public. Paul is painting a realistic portrait of the war when everyone else is seeing it as knights in shining armor.

Q. Why is British society unable to accept images of mutilated soldiers?

A. It is not a practical thing that galleries would show the paintings. It’s bad propaganda.

Q. Did your family have any experiences in World War I?

A. My grandfather was bayoneted in the war. I was brought up by my grandparents. As a child, I would ask him about the scar. Like many veterans, he didn’t want to talk about the war. The wound in his side was something that I knew about, but didn’t understand. I thought that bayonet wounds were typical, but what I found out was that they were extremely rare. Most men were killed by bullets and shrapnel. An enemy soldier shoved the bayonet into my grandfather’s side, but his officer shot the soldier in the head before he could twist and pull out to do more extensive damage. This probably saved my grandfather’s life.
Posted by Dylan Foley at 6:39 AM