Dana Spiotta on The Culture Of Consumer Excess in "Lightning Field" 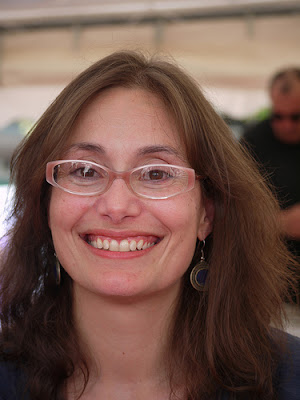 Mina Delano refuses to drive in Los Angeles. She walks from the bungalow she shares with her screenwriter-husband David to the apartment of one lover and the hotel of another. In a city where no one walks, she hikes long distances to her job managing a ``concept'' restaurant owned by her friend Lorene. The restaurant is a mock-1940s joint called Gentlemen's Club, where voluptuous waitresses with names like Luanne and bartenders with fake names like Sam serve nostalgia and a drink named Liquid Oblivion. Meanwhile, Lorene's housecleaner Lisa is convinced that either E. coli will kill her babies or they will be snatched off the street.

The alienated characters in Dana Spiotta's ``Lightning Field,'' her debut novel about three women in Los Angeles, are immersed in the culture of consumer excess that has replaced spiritual life. The social satire is dark and witty, subtle and moving. Spiotta's Los Angeles streets are bereft of people and the bars are almost empty, focusing attention on the main characters.

``It didn't start out as a Los Angeles novel,'' says Spiotta, from a linen-covered table in the sleek restaurant she manages in Manhattan. ``It started out as a novel about obsessive people and their obsessions. Los Angeles seemed to be the place for these people to interact. It is ... very ripe for a satire of contemporary culture.''

Mina's obsessions are the three men she is sleeping with. Lorene's obsessions lie with the creation of her hipper-than-thou restaurants. Though obsessed with beauty, Lorene does not have sex. ``Mina and Lorene have different obsessions,'' Spiotta says, ``but the fact they have overlapping obsessions makes them friends. You can have different reactions to the same things: Lorene will not have sex and Mina will have an awful lot of sex, but they are really not that different in relation to the world around them. They are pretty alienated.''

Meanwhile, Lisa is obsessed with terrorism and bacteria, as her working-class marriage disintegrates.

``All three women are aware of how obsessive some of their obsessions are, but it doesn't liberate them in any way,'' says Spiotta. ``We have this super-ironic culture that doesn't give people a way of organizing the world.''

``In New York and L.A.,'' Spiotta says, ``there is a mass hysteria to accumulate, and it is hard not to be affected by that. When you are in a culture with overwhelming abundance, an overwhelming amount of information, all these things overwhelm us. Style becomes your identity. What you buy and what you consume defines you. What you refer to becomes mannered and shallow.''

A flashback in the novel shows Lorene as a 22-year-old ``lifestylist'' dictating style to a boring software millionaire: He must affect an interest in German cabaret music, and only drink single-malt scotches.

``Lorene learned what every confidence woman learns: All our desires are the same, we all want the same things, we are all desperate in the same way,'' writes Spiotta. ``And the first to declare an answer, especially a vehement, confident answer, wins.'' Lorene takes her fledgling skills and, over a decade, builds her restaurant empire on taunting and seducing her clients.

Spiotta, 35, grew up in a film-industry family in Los Angeles and waited tables to support herself through college. She came to New York 12 years ago to work for The Quarterly, a once-hip, now-defunct literary magazine. For six years, Spiotta has managed restaurants at night to write during the day. It was the New York restaurant scene that provided raw material for Lorene's emporiums.

``New York is restaurant-obsessed, where chefs are stars,'' mused Spiotta. ``I would take one small idea and explode it.'' Lorene runs an exotic meat and whiskey restaurant called Dead Animals and Single Malts, then moves on to an all-smoking restaurant concept. ``I was sort of in love with Lorene when I was writing her,'' she says, with a chuckle.
One of Mina's lovers is her husband's best friend Max, who initially seduces her on videotape, then continues taping their sexual encounters. These scenes are some of the most provocative in the book.

``It's a challenge to write about seductions,'' she says. ``I wanted to explore formal ways of doing that to make it new. They were hard scenes, really humiliating in some way, and they were disturbing to write. That's what needed to happen.''

The adultery in the book -- Mina and Max betraying David, David sleeping with the woman who reads his scripts -- is pervasive.
``Growing up in Los Angeles, where everybody's parents were divorced, it's pretty hard not to be cynical about marriage as an institution,'' says Spiotta. ``In the book, everything gets debased, including sex, and it ends up commodified. I also wanted to make a woman character who treats sex the same way that men conventionally treat sex.''
Like her approach to sex, Mina's walking in Los Angeles is a rebellious act. ``She wants very desperately to be in opposition to what is around her. It's subversive in a way. Mina says in the book that if you drive, you get somewhere and you haven't really experienced how you got there. She is suspicious of the speed of our culture. She wants more of a relationship with the landscape and more engagement in her life.''

As the book progresses, Mina's brother Michael checks himself out of the hospital and Mina heads cross-country to meet him in New York, taking Lorene along for a ride through the Southwest and New Orleans. Mina starts to drive and Lorene starts to eat. ``Things are changing in their personalities as they drive away from what they are.''

Spiotta refused all easy endings: ``Originally, I thought the book would end with Michael and Mina meeting. I really didn't want that to happen. Just when you think something very dramatic is going to happen, they go back --Lorene to her restaurants, and Mina goes back to David.'' At the same time, an incident with Michael in Los Angeles forces Lisa to confront her obsessive fears.

``With Mina, I knew that some readers would want a satisfying ending, but I felt that would be dishonest,'' Spiotta says. ``I don't think things get solved. I don't think resolutions really happen in Los Angeles.''

Dylan Foley writes about books for the Cleveland Plain Dealer, the Denver Post and other publications. He lives in Brooklyn, N.Y., and wrote this article for The Courant.
Posted by Dylan Foley at 4:04 PM