Mario Vargas Llosa on the Assassination of the Strongman Trujillo 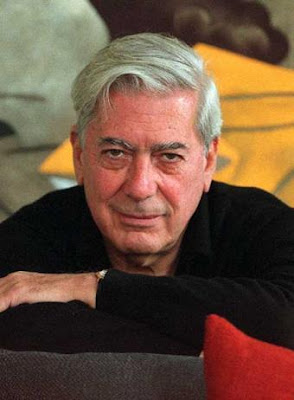 When renowned novelist Mario Vargas Llosa was a military cadet in Peru in the 1950s, Gen. Rafael Trujillo of the Dominican Republic epitomized the repressive Latin American dictator, the kind of ruler who literally threw his enemies to the sharks. In Vargas Llosa's new novel, ``The Feast of the Goat,'' he goes inside the mind of the twisted general on the day of his assassination in 1961.

``When I was young, Latin America was in the realm of military dictatorships,'' says Vargas Llosa, in an interview from his house in Spain. ``Trujillo was probably the most emblematic figure of the system. His regime had all the worst trends, all the extravagance. It was not only the brutality and the corruption, but also the degradation of human life, the theatricality of bad taste.

``I wanted to enter the mind, the psychology of the dictator,'' says Vargas Llosa, the author of 14 novels and works of fiction. ``It was the most difficult challenge: How do you make a dictator like Trujillo a human character? I didn't want to make him a monster or a farce.''

In ``The Feast of the Goat,'' Vargas Llosa shows that a sweeping historical epic can still be great literature, taking the brutal history of a long-murdered dictator and creating a meditation on memory, terror and murderous complicity. It opens with two parallel stories. The first begins in the mid-1990s, when a Dominican exile named Urania returns to Santo Domingo to visit her father, a dying and disgraced Trujillista. Then the novel cuts back to 1961, where four assassins wait to kill Trujillo on a lonely highway.

For Vargas Llosa, the roots of his new novel go back to 1975, when he lived in the Dominican Republic during the making of a movie version of his novel ``Captain Pantoja and the Special Service.'' (``It is a very bad film -- please do not see it,'' he says, with a chuckle.) Fourteen years after the murder of Trujillo, the Dominicans were finally able to speak frankly of their dead dictator.

``This novel is not a history book,'' Vargas Llosa says. ``I have respected the basic facts, but I have taken many, many liberties because it is a novel.''

Vargas Llosa says that he didn't start in earnest on the novel until he discovered how Trujillo degraded his followers. ``Trujillo did very nasty things to the people who were loyal to him -- he went to bed with their wives,'' he says. ``Sex for him was a very powerful instrument for taming people, for humiliating people, or to test the level of loyalty and sacrifice of his partners. It gave me the idea of exploring the mind of the man.''

But the novel came together only when he created a female main character. ``I realized that the central character had to be a woman, because women were the worst victims in a regime where you have not only dictatorship, but machismo. Women became objects that were used in a very cynical way.''

Vargas Llosa presents Trujillo as a paranoid old man on his last day of life. He is still crafty and vicious, but looks for enemies everywhere. His aging body betrays him. ``A lashing rage shook him,'' writes Vargas Llosa. ``He could dominate men, bring three million Dominicans to their knees, but he could not control his own bladder.''

In a chilling scene, Trujillo reminisces on his 1937 decision to slaughter as many as 25,000 impoverished Haitians that were living in the Dominican Republic. Surrounded by his flatterers in a garish dining room, Trujillo and his men joke about how much of the killing was done with machetes: ``The general raised his hands and showed them to his guests: `For the sake of the country, I stained these hands with blood. If I had not, the Dominican Republic would not exist today.'''

To bring ``The Feast of the Goat'' down from epic history to its individual tragedies, Vargas Llosa focused on building his characters. ``In a novel, what is most important is not facts, not ideas, not scenery,'' he says. ``The essentials in a novel are people, living characters, who give the illusion of real life.

``A novel is people moving, people developing,'' he says. ``That's what deserves the acceptance or rejection of the reader. I worked hard on the personalities. It was necessary to contrast Trujillo with Abbes Garcia and Balanguer,'' referring to the dictator's murderous secret police chief and Machiavellian president.

For the Dominicans under Trujillo, state terror was pervasive, and Vargas Llosa captures the feeling of a people who can barely breathe. ``Latin America had the kind of regimes where terror is the atmosphere,'' he says. ``I used some of my own experiences.''

By the middle of the book, Trujillo has been assassinated and the revenge on the conspirators and their families by the Trujillo supporters is vicious and slow. One would think that Vargas Llosa plagiarized Dante's ``Inferno'' for the tortures, but the events actually happened. His writing is clear and powerful. Though Trujillo is dead, the ensuing political turmoil is riveting.

``This was the most difficult part of the novel,'' says Vargas Llosa of writing on the tortures that went on for weeks before the plotters were executed. ``It was so brutal, and difficult to justify the violence on literary grounds.'

Vargas Llosa keeps residences in Spain, England and Peru. ``I've spent a lot of time in France ... I am working on a novel on Paul Gauguin and his grandmother, a famous anarchist. It's about social utopias.''

But it is inevitable that Vargas Llosa will return to Latin America in his writing. ``The basic experiences, which are the source of images and ideas for a writer, are in my case rooted in Latin America,'' he says. ``It is the most exciting history to write about -- the violence, the drama.''

Dylan Foley is a free-lance book critic who lives in Brooklyn, N.Y. He wrote this article for The Courant.