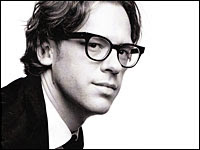 (This interview appeared in the Newark Star-Ledger in June 2009)

In the early hours of April 7, 1972, the renegade Brooklyn mobster Crazy Joe Gallo was killed at Umberto’s Clam House in Manhattan’s Little Italy by a hitman who calmly pumped bullets into the fleeing Gallo’s back.

Tom Folsom, the author of the thrilling new history “The Mad Ones: Crazy Joe Gallo and the Revolution at the Edge of the Underworld”(Weinstein Books, $25), argues that Gallo, a small-time hood and Mob killer, broke ranks with Mafia tradition after he immersed himself in the 1960s revolutionary vibe of Greenwich Village. Modeling himself on celluloid killers, the sociopathic Gallo and his two brothers threw their 25-man crew of killers against the 200-member Colombo crime family in a suicidal gang war in Brooklyn in the early 1960s. When Gallo was sent to prison for 10 years for shaking down a bar owner, he transformed himself into a revolutionary hipster. Gallo was released in 1971. He became a darling of the New York press and media elite, and then a posthumous American legend.

Q. How did you become obsessed with Crazy Joe Gallo?

A. I interviewed the heroin kingpin Nicky Barnes in the witness protection program for a book I was working on. Both Joey Gallo and Barnes had been in prison together. Before he went to prison in 1961, Joey was hanging out in Greenwich Village. He pictured himself as this artist-revolutionary-philosopher, and was introduced to the holy trinity of Greenwich Village, which was jazz, sex and pot. He read the Beats and Norman Mailer, as well as Camus, Sartre and Kafka.

People come through the bridges and tunnels and flock to Greenwich Village to escape tradition. Joey was not any different in that sense. He was immersed in tradition, being from Italian family in Red Hook, where his father trained him to be a hoodlum and killer. The Mafia had a system, steeped in conformity. If you broke the rules, you got whacked. Joey was going to fight the system. In his world, the system is the Mafia.

Q. How did you wade through the material on Joey Gallo?

A. There was not a lot of stuff on Joey Gallo that was substantial, but then I got 1500 pages on Gallo from the FBI, material that hadn’t been published before. It was a day-to-day record on what was going on on President Street in Red Hook. The Gallos were a treasure trove. The FBI got a picture of the mob they had never had before.


Q. Could you tell me a bit about the hype and the mythology of Joey Gallo?

A. Joey would have impromptu press conferences. He let Life Magazine into his fortress during the gang war with the Colombos. Mario Puzo took a lot of the stuff in “The Godfather” from the Gallos because the Gallos were so public. Scenes from the novel and terms like “sleeping with the fishes” (for disposing of bodies) and “going to the mattresses” for a gang war were not old Sicilian terms. They were ripped off from the Gallos.

I hope this book is able to reclaim what Joey’s mythology was about. Bob Dylan’s song “Joey” came out 32 years ago. Dylan called it an outlaw ballad. Joey’s story was one of the great 1960s story that was not told as a 1960s story. America was going through turmoil then and so was the Mob. The Che Guevara of that story was Joey Gallo.

(Umbertos after the gangland slaying of Joey Gallo)

Q. After three intense years writing about Gallo, did you find him charming or disgusting?

A. I think both. He was a trainwreck, but it was hard not to watch the guy. He had great one liners and could come out and quote Camus, but Gallo would snap a guy’s arm over the side of a desk if he owed him money. He was not a good guy.

Q. How do you view the circumstances of Joey Gallo’s shooting?

A. It’s like the Kennedy conspiracy. The more you look into specific details, the more intriguing it becomes. There was a long list of people who were ready to kill the guy. In the end, it was the system that got him. That was the lesson of the 1960s--you can’t really fight the system.
Posted by Dylan Foley at 11:34 AM