Sebastian Junger on the Heroic And The Bloodthirsty 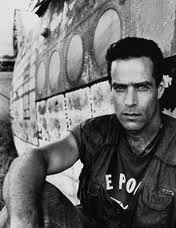 This is an older collection of Sebastian Junger's essays. Our interview took place a few days after September 11, 2001.

In his new book ``Fire,'' Sebastian Junger's travels to dangerous locales around the world: the devastating forest fires of Idaho, the hostage-filled mountains of the Kashmir the mass graves of Kosovo. In this collection of beautifully written essays by the author of ``The Perfect Storm,'' Junger goes from the heroic firefighters in the American forests to the bloodthirsty teenagers soldiers who murder and mutilate in Sierra Leone.

Most of the essays are Junger's journalistic work of the last decade, previously published in Vanity Fair and other magazines. The last piece in the book has a new grisly relevance. It is an early 2001 profile of the anti-Taliban rebel leader Ahmed Shah Massoud, who was killed by suicide bombers in Afghanistan three weeks ago. The order for his execution was allegedly given by Osama bin Laden, the Saudi terror master suspected of masterminding the World Trade Center attack on September 11th.

In an interview at his publisher's office in New York City, Junger was tired. He had recently gotten back from Moldova, the former Soviet state, where he is writing about the trafficking of women for prostitution. ``I think of my magazine articles as short stories,'' said Junger of the pieces in ``Fire.'' ``They have to have their own internal dramatic power and a trajectory.''

Junger's journalistic essays are a mixture of intricate background stories and powerful images. ``I try to notice the telling details and use them lyrically,'' he said. ``When you have a kid with a machine gun, shorts and a pink ski parka hood, that really tells you all you need to know about where Sierra Leone is going.''

``Fire'' starts with essays on the forest fires in Idaho and a fatal fire in Colorado. Junger builds the story with intricate details on fighting fires, then the reader finds himself suddenly overcome by the same flash fire that kills the nine firefighters.

Junger gives a tour of hotspots: the Kashmir, Sierra Leone and Kosovo before and after the American bombing. In a 1999 essay on Kosovo titled ``The Forensics of War,'' Junger's compassionate and subdued style contains great horror. He opens the piece imagining the last minutes of an executed man: ``No one knows who he was, but he almost got away. He broke and ran when the Serbs started shooting, and he made it to a thicket before the first bullet hit him in the leg.'' By writing with understatement, the fear of the doomed man becomes more palpable.

``The essay on the Idaho fire was an important one for me,'' said the 39-year-old Junger of the 1991 piece. ``It got me writing on dangerous work, and that got me writing `The Perfect Storm,''' his book on deep-sea fishermen and a deadly storm. ``Writing about Bosnia the next year was also a turning point. I'd spent my 20s banging my head against the wall in Massachusetts, writing irrelevant short stories and journalistic pieces for small magazines.''

For Junger, his current job of covering wars and states of social unrest fills him with awe. ``Among other things, it is very exciting,'' said Junger. ``I try to balance my sense of excitement with the more abstract knowledge that this is a terrible tragedy.

``People say it is voyeuristic and exploitative. I think I am a hell of a lot more bothered by what is happening than they are because I went over there. I have a deeper sense of the tragedy.''

In the second Kosovo essay, Junger reports movingly on the field autopsy of a murdered 86-year-old Albanian farmer, as the man's grandson witnesses the procedure. Junger writes with compassion about the horrible toll armies take on civilian populations.

Junger has a contract to write for Vanity Fair, where he covered the unrest in Macedonia in June. ``This is going to sound hopelessly noble, but I feel that journalists have a responsibility to document and broadcast the suffering of powerless people,'' he said. ``We have access to so much power, and we can galvanize a collective horror at some of the tragedies in the world.''

Along the way, Junger has had some close brushes with mortality. In Macedonia, Junger's hotel was stormed by hoodlums protesting the government's peace accord with Albanian rebels. ``There was this crowd of 5,000 very, very ugly skinheads. It was a completely uncontrolled force, very terrifying. They would've killed us if they could,'' he said.

In Sierra Leone in 2000, Junger was briefly held hostage by a group of boy soldiers. ``It was a delicate situation,'' he said. ``I was amazed at the psychic volatility of these kids.''

Junger's writing from Kosovo compares favorably to Polish journalist Ryszard Kapuscinski's ``The Soccer Wars,'' a masterpiece of war journalism. Junger details passing a massacre site, going past the probable Serbian killers: ``As we passed, the men at the bunker were posing for a group portrait -- the destroyed town in the background, their machine guns wedged in the crooks of their arms. The men grinned broadly at us. One of them wasn't holding a gun in his hands. He was holding a huge double-bladed ax.''

Junger is developing another book project, but demurred on discussing the subject matter. He also doesn't write his books with bestsellers in mind: ``I didn't write `The Perfect Storm' saying `Whoa, great topic, big bestseller.' I wrote the first book because I really liked the idea.

``I don't see myself as a bestselling author,'' said Junger. ``That is not the identity that I am drawn to.'' After the success of ``The Perfect Storm,'' Junger went back to journalism: ``I wanted to establish myself as a serious journalist. That's what I was before, with less success, and I reverted back to that. I feel that isolates me from having to write another bestseller or classic.''

After his October book tour, Junger hopes to get back into Afghanistan, to cover the potential U.S. attack on the Taliban. The talk turned somber when the murdered Massoud was brought up. After 20 years of fighting the Soviets and the Taliban, Massoud was blown up by two Arab men posing as journalists. The bomb was in the video camera. ``I don't think the rebels have anyone with the brilliance or charisma I saw in Massoud,'' said Junger. ``With the possibility of U.S. weapons, the rebels may not need that.''

Junger's next trip to Afghanistan will be risky. ``You go in by helicopter,'' said Junger mattter-of-factly. ``The main threat is the Taliban MiGs,'' their warplanes. ``A helicopter is no match for that.''

Dylan Foley lives in New York and writes about books for the Denver Post, the Cleveland Plain Dealer and other publications. He wrote this article for the Courant.