Suketu Mehta on Corruption, Political and Ethnic Violence in Bombay 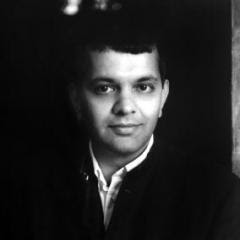 (This interview originally appeared in the Newark Star-Ledger on October 10, 2004)


Welcome to Bombay (formally known today as Mumbai), the largest city in the world, where the population is 14 million and density reaches 1 million people per square mile. It is India's city of opportunity, where the rich lived crammed next to the poor and strivers flood in from the countryside to thrive or to be crushed.

In Maximum City: Bombay Lost and Found (Knopf, $28), Indian-American journalist and screenwriter Suketu Mehta has written a sprawling, gorgeous biography of this teeming metropolis. He interviews the political thugs who burned people alive in the 1993 Hindu-Muslim riots, street kids who have turned into professional killers and the police officers who torture and kill them.

Mehta chronicles the "Bollywood" film world, the bar girls who have dreams of being movie stars and middle-class families fighting to get out of the slum. With Mehta's incredible access, he draws a complex, sometimes-horrifying and comical view of Bombay. Mehta writes from his heart about the city he was raised in.

Mehta, 41, came to New York City from India at age 14. He was educated at New York University and the Iowa Writers' Workshop. He has written for Granta, Harper's and Condé Nast Traveler. Mehta, his wife and two sons live in New York City, where he spoke with freelance writer Dylan Foley.

Q. How would you describe the scale and character of Bombay?

A. It really is a maximum city. Nothing human is alien to it. Anything that you are interested in can be found there. It is all lived publicly on the street, and so god-awful cramped that it is strangely intimate. You can see people quarreling and making love, all the things in other places that you would do behind closed doors. Bombay has fantastic wealth and unimaginable poverty.
Q. Did you intend to write a 542-page epic?

A. Hell, no. This is the edited version. My first draft was 1667 pages. Sonny Mehta (the legendary Knopf publisher and editor) said when he got my manuscript on his desk, there was a Himalayan quality to it.

In 1997, I had had an article in Granta magazine on the Hindu-Muslim riots in 1993. On the basis of that, Knopf bought this book on spec. I was already 200 pages into a novel I was writing. I thought I would finish my novel, then go to Bombay with my family for a year and do a quick and dirty book about the city. Sonny said to do the Bombay book first. In his runic way, he said "The book would come as a surprise to Americans."

Now it's seven years later. The book became an obsession. Every day, I'd take my laptop bag with me and go out on the Bombay streets. I mostly just watched people and what they did. I was like a kid in a candy store. People opened up to me on incredibly personal, private matters. It was the kind of access I couldn't dream of getting in New York, like meeting a killer who liked the Backstreet Boys and the sound of a Mauser firing. His friend, another hitman, said that he always kept strictly vegetarian, for it kept his mind calm while he was working. The police invited me to watch them torture suspects; the biggest Bollywood film stars were telling me about their sex lives. They thought I was writing a novel, but I always said I wasn't.

Q. You write extensively about Ajay Lal, an honest, brutal Bombay police official, who uses torture and possibly murder to protect the city. What was he like?

A. That was a tough portrait to write because I like him a great deal. He is honest, he is effective and has a strong notion of dharma, or duty, where you do your duty because you are supposed to. His dharma was to defend the city. He did it by any means necessary, which included torturing people. The thing that appalled me was the societal consensus for violence, a general agreement that it was okay to beat and shoot people because the judiciary wasn't working. Ajay does torture people. Every Bombay police station does.

Q. Throughout the book, you tend to hold back shock or moral dilemmas while you're interviewing. This is true with your handling of Sunil, a man who burned Muslims alive, and Satosh, a rapist and killer. Why?

A. There was a moral judgment that I withheld in the writing of the book, but also in meeting these people. I couldn't do it if I judged them. Sunil, for example, does business with Muslims during the morning, and in the evening he'd be killing them. When we look at murderers, we tend to focus on what is most violent and spectacular. We judge all aspects of his character that way. It is an incomplete understanding of a person. I begin the chapter having Sunil describe what a man looks like on fire, a man he had set on fire. I then talk to his parents, his wife, and go into the conditions that have formed him, and the political rewards that murder brings in Bombay. With Ajay, I watched him torture people, then looked into the defects of the judicial system.

In a strange sort of way, these people started becoming my friends, or at least my drinking buddies. I almost lost my liver to this book. In bizarre ways, even with the worst of them, I saw bits of myself in them, my own capacity for violence, my own lusts.

Q. Do you think you got too close to the criminal element? You befriend godfathers and arrange for a filmmaker to hire thugs for crowd control at a movie location.

A. A major gang leader offered me "one free hit, one time." It was uncomfortably close. The (gangsters) became quite fond of me, because they wanted someone to listen to them. In terms of arranging the crowd control for the movie, I put the filmmaker in touch with some people. They arranged the details. In Bombay, crowd control essentially involves crowd beatings.

Q. Do you think riots will happen again in Bombay?
A. Yes. I think it is not that the city could explode, but that it will explode. It has to. Cities like Bombay need these periodic urban eruptions to relieve the energy and frustrations that have built up. It is overdue. We don't know the contours of the next one.
Q. You develop quite a bond with the bar girl Monalisa, who dances and occasionally sleeps with clients. How did this happen?
A. Something like this is inescapable, if you are following the underworld. All roads lead to the beer bar. This is where they gather after a hard day of bribing and killing, to spend their ill-gotten gains. They come to fall in love. It was new and strange to me. With Monalisa, I became involved with her in a way that was more intimate than sex. I never did sleep with her. I realized if I had slept with her, all the stories would have been cut off. Then I would have been just another customer. I was at once a voyeur and her best friend.
Q. What has been the response to the book in India?
A. I was in Bombay this September for a week. I wanted to get out of the country before they started reading the book. I may be sued by some of the people in the book. I was not going to write hagiographies or hatchet jobs in my book. It was a celebration of man in the metropolis.

From the book—The growing ethnic tension in "Bollywood" cinema after the 1993 riots:
The Hindi film industry has always had the secularism of a brothel. All are welcome as long as they carry or make money. The financier might be a hard-core Hindu nationalist. The lyricist can be a fundamentalist Sunni. A star who plays a Hindu will actually be a Muslim, and the heroine, playing a Muslim, will be a Hindu, and none of that matters to the public. But the 1993 riots toppled the pyramids of power in the film industry. The lower-level technicians became newly bold and demanded favors, questioned authority. The Sena men (virulent Hindu nationalists) were making rounds in the studio to check for Muslim employees. Hindus higher up in the industry, not knowing (the movie director) Mahesh's mother was a Muslim, would abuse Muslims in front of him.
Posted by Dylan Foley at 4:21 PM