Jim Crace on Putting the U.S. on its Knees in "Pesthouse" 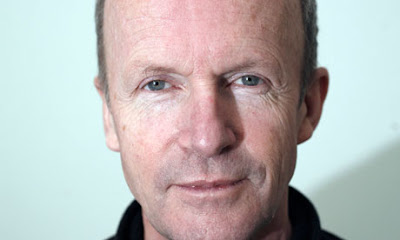 (This interview originally appeared in the Denver Post on July 1, 2007)

In British writer Jim Crace's new novel, "The Pesthouse," the United States has been devastated by a mysterious disease, killing most of the population. Several hundred years after the deadly epidemic, the survivors' battered descendants struggle in a society stripped of technology, where the central government has long ago collapsed, and outlaws rule the roads and towns with robbery, rape and murder.

A young spinster named Margaret struck down by a deadly fever has been put in a small hut outside her town to die. She is discovered and nursed back to health by Franklin, an injured farmer from the Great Plains, who is desperately trying to escape to the East Coast, where there are boats to Europe and hope for a better life. When a disaster wipes out Margaret's town and her family, she throws her lot in with Franklin to make the perilous journey to the East.

For Crace, the goal was not to attack the United States but to invert its place in the world. "My political impulse was to take the United States from the top of the heap and put it on the bottom, but not in a spiteful way," said Crace in an interview in New York City. "I wanted to see what I would find. America never had a medieval past. It amused me to give America a medieval future. In an impish way, I wanted to turn the American dream upside down geographically. Instead of going westward, I wanted my characters to go to the East."

Crace said that he also wanted to address his ambivalent feelings toward America as a foreigner. "When I visit, I absolutely adore the people," said the 62-year-old novelist who hails from Birmingham, England. "As an amateur natural historian, I love the landscape and the wilderness. I love the iconic cities you have.

"Then you add on American foreign policy. The British are partners to these bloody crimes. America doesn't only export Coca-cola, but soldiers, CNN and the CIA. It complicates the relationship."

Crace's desolate American landscape is like the "Mad Max" movies without the souped-up vehicles. Illiterate peasants toil in small villages and hamlets, metal tools are a rare find and the rusting hulks of abandoned factories litter the countryside. The soil is poisoned from environmental abuse from previous generations.

"The 20th-century dystopias," said Crace, "were all about political systems gone haywire, like '1984' and 'Brave New World.' In the 21st century, it is all about the end of nature - global warming, nuclear meltdown. The one that appealed to me was contagion, pandemics."

What also drew Crace to the stories of epidemics and natural decay were history and his infatuation with science. A literal pesthouse off the coast of England tweaked his imagination.

"Thirty-six miles off the Cornish coast of Britain, there is an 18th-century quarantine station on the island of St. Martin's," said Crace. "You've traveled 3,000 miles from Africa or Istanbul, but your dreams of emigration to England are dashed a few miles off the coast. Literature loves hopes dashed. That was something for a writer to store away."

With his interest in natural history, Crace is into all things decaying and dead. He believes that the human acceptance of life and decay have been disrupted. "In Western man and woman, what has been severed is that link between the natural world and the personal world," said Crace. "We are cut off from nature. When we die, we are like dead seagulls or dead crabs, or at least we should be. If things were organized as they should be, the grubs and beetles would take us back into the earth. That should be a narrative of comfort."

The rough journey of Franklin and Margaret to the East Coast is marred by Franklin's enslavement by bandits. Margaret then takes in a lost infant.

When they are reunited and make it to the ocean, they discover a bleak situation. Ominous, black-uniformed European men beat back crowds of desperate would-be emigrants as they allow only strong laborers and single young women on the boats.

While writing the novel, Crace found that he was falling in love with Margaret, his main character. "Margaret evolved as I fell in love with her," said Crace. "She was companion for the years I was writing her. The characters I love are not going to be Hollywood characters. I am tired of the Hollywood view of women, where good looks equal virtue and luck. My women are going to be strong and bloody-minded."

Crace also found that America's own narrative history kept changing the course of his novel. No matter how much he wanted Franklin and Margaret to go East, and possibly even to Europe, the narrative had other ideas.

"I thought 'The Pesthouse' was going to be about hopes dashed," said Crace. "What I failed to take into account was that the American narrative traditions are without exception westward bound, with hope at the end of it. For Lewis and Clark, and even Thelma and Louise, the West represented freedom. I was trying to force the book Eastward, but the narrative tradition was forcing it West."