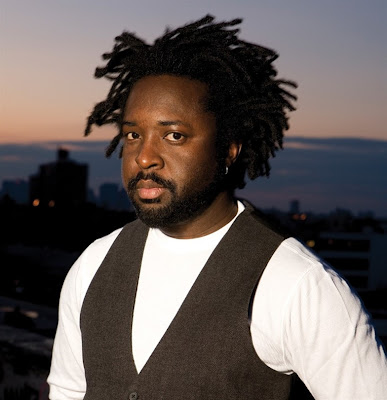 (Originally published in the Newark Star-Ledger in March 2009)

The Jamaican novelist Marlon James has just published his breathtaking fiction “The Book of Night Women”(Riverhead, $27), a searing, epic look at slavery in the Caribbean as told through the life of Lilith, a young slave born in late 18th century from the brutal rape of her mother by an overseer.

In her teens Lilith winds up as a house slave on the Montpelier Estate. After burning a white guest with soup, Lilith is brutally gang raped and whipped until the scars on her back form a quilt of misery. Lilith is mentored and protected by Homer, an older slavewoman born in Africa, who inducts Lilith into a group called the night women, a conspiracy of women slaves planning a bloody rebellion. Through Lilith, the reader learns the horrors of the daily beating, sexual abuse and whipping, as well as the occasional murder of slaves on the plantation. Most of the book is told in the long-gone slavery patois, and James’ exquisite writing maps out Lilith’s daily battle for survival, the harsh contradictions of a sexual affair with a white overseer, and the brutal choices she is forced to make when the rebellion starts and the killing is in full swing on both sides.

Q. What interested you in putting an impending slave rebellion at the center of your new novel?

A. In Jamaica, there were always slave rebellions. The idea of an all women-conceived rebellion is pretty fictitious, for nothing like that happened. When I was figuring out the novel, I sat down with an African poet I know, and she told me about African society and the matriarchal structure. I wondered what would happen if these slavewomen had a secret government that nobody knew about. What if somebody dragged them into a huge, murderous rebellion plot?

Q. How did you go about creating Lilith and Homer, and was it difficult writing women characters?

A. Lilith is the protagonist, but she also murdered nine people in the book. I didn’t want to shy away from the brutality of slavery, but I also didn’t want to shy away from how brutal slaves could be to each other. What I learned from reading Toni Morrison is that I didn’t want stock characters. A lot of my characters are complex and unlikeable. I was really careful in writing Homer, because I didn’t want her to become a “Big Mama” character, or something like Hattie McDaniel in “Gone with the Wind.” I kept trying to subvert Homer’s character, showing her conflicts and her often selfish motivation.

In writing strong women characters, I did a lot of reading and listening. In the caribbean, you can’t help being surrounded by strong women. There is the phenomenon of “the man-mother who fathered me.” I knew plenty of archetypes for the “Night Women.” It was also genuine interest. I am fascinated by downtrodden or forgotten women, or women whose story was told wrong.

Q. There is much daily violence by the slave owners and their overseers to the slaves. Each event retains the horror of the moment. How did you achieve this?

A. One thing you have to do when writing about brutality is making it individual, and making sure that atrocities don’t become a statistic or a number. This is the criticism I would actually accept about the book.--my novel isn’t brutal enough. There were scenes in the book where I drew back from the historical facts I was using because I thought, I can’t use all of this. The truth was worse than fiction. I sometimes wondered if I was betraying the slaves’ memories by pulling back. People say the book is so dark, but I say, “Dude, this is almost the Disneyland version compared to what really happened.” I was conflicted as a writer crafting this book versus being an historian, a black person and a descendent of slaves when I thought, “How dare you sugarcoat this?” In the end, I chose to be the writer, not the historian. By pulling back on the frequency, the brutality never becomes numbing. I don’t mind if people are horrified at every brutal moment in the novel. I have a problem if they become numb to it.
Posted by Dylan Foley at 6:05 AM