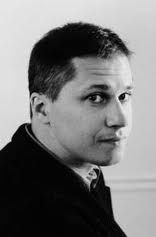 Two years ago, Bosnian writer Aleksandar Hemon burst onto the American literary scene with his collection of short stories, "The Question of Bruno." He detailed the siege of Sarajevo in the early 1990s and the absurd experience of immigrants adjusting to America. His writing has been compared to that of novelists Vladimir Nabokov and Joseph Conrad.

Hemon is back with his first novel, the autobiographical "Nowhere Man" (Nan A. Talese, 242 pages, $23.95). It is the story of a displaced Bosnian journalist named Josef Pronek living in Chicago. "Nowhere Man" lives up to the promise of Hemon's short stories, with vivid portraits of a depressed immigrant trying to carve out a life in minimum-wage America while he watches his native country being destroyed on cable TV.

Hemon's immigrant experience and his literary odyssey mirror that of Pronek's. In the spring of 1992, Hemon was a 28-year-old journalist traveling on a cultural visa in the United States. He was due to return to Bosnia on May 1, the day the Yugoslav army started shelling his home town of Sarajevo. Hemon was granted political asylum and stayed in the United States.

Living in Chicago, Hemon barely scraped by with his rudimentary English. An arts journalist in Bosnia, he now worked as a dishwasher, sandwich maker and parking valet, all the while watching on television as his native land was being bombed. Despite the diminished circumstances of run-down, roach-infested apartments and mind-numbing jobs, Hemon furiously learned English. By the mid-1990s, he was publishing stories in American literary journals.

"I don't take English for granted," Hemon said from his Chicago home. "I have to fight for every word. It is a question of feeling. My feelings of the language are as legitimate as a native speaker's, but I can feel it differently."

Hemon devoured whatever books were available, from Raymond Carver to Raymond Chandler and J.D. Salinger. Nabokov's "Lolita" became his handbook for learning English. "I had to absorb the language for a while," he said. "I made long lists of words."

Hemon's use of vocabulary is quirky and offbeat, but the overall result is lyrical prose. A child "masticates" a sandwich and in Hemon's world, a woman's joy translates into a "laughter-bird" thrown to the sky. "It is a matter of choice similar to the choices a poet makes," he said. "You choose a word not in terms of plausibility, but in terms of the sound and the rhythm, and the aura around it."

In "Nowhere Man," Hemon's sharp details frame the characters' experiences. It is the smell of a deranged Vietnamese woman's soup that greets the reader or the collection of eccentric passengers in a Chicago subway car. "It is a matter of physical perception, how your senses operate," said Hemon. "In my mind, I am not prone to handling big ideas. I am more likely to start from a detail, from the smallest thing available, than from the big picture. I write the way I think or feel, the way I perceive the world.

"If you were to remember something from your childhood, what would you remember? My experience is that you would remember details, something that is disconnected, not the experience."

Hemon's first three years in Chicago were consumed by the war in Bosnia. He watched the National Library in Sarajevo burn on television. He would get reports of friends killed and mutilated as civilians on water lines were shelled by Serbian gunners and snipers picked off people as they went shopping. Some 200,000 people were killed in the Bosnian war, 20,000 in Sarajevo.

In "Nowhere Man," Hemon's writing is shaded by Pronek's horror at witnessing his country suffering while he is out of danger. In his safe apartment. Pronek receives the news that his first girlfriend has lost her legs to a Serbian shell. Hemon's characters are devoid of self-pity, accepting their difficult situations. Whether it is a depressed Pronek in Chicago or his father in Sarajevo recounting how a sniper shot him through both cheeks, the characters move on with life.

In "Nowhere Man," Pronek evolves from a confident Bosnian writer into a shell-shocked immigrant, then finally to a man finding hope and possibly love in Chicago. After Pronek's struggles with English and his fist-to-mouth existence, he obtains a hard-earned hope that he has a future in America.

Hemon's fiction is permeated with a Central European fatalism that is reminiscent of the work of Czech writer Bohumil Hrabal, the author of "Closely Watched Trains." His humor is black. "Sarajevo humor is self-deprecating," he said. "There were jokes that people came up with during the siege … my sense of humor isn't even black compared to those jokes."

Though Hemon has become the first prominent Bosnian-American writer after the new Balkan wars, he shies away from being considered a spokesman for the Bosnian experience. "I felt privileged to be here during the war," said Hemon. "I am very careful not to claim that I am the voice of the Bosnian country or that I represent the Bosnian people. I didn't suffer the way a lot of the Bosnians did."

For his next project, Hemon will return to his favorite theme of displacement. He plans to write about Shanghai of the 1920s and '30s, when the Chinese city was teeming with desperate refugees, mobsters and vices of all kinds.

"I've always been fascinated by Shanghai," he said. "The main thing for me is the general sense of displacement - the displacement of the colonialists, the displaced refugees - Jews and White Russians. It is brimming with stories."
Posted by Dylan Foley at 2:16 PM