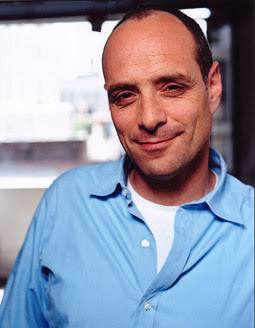 In 2000, Eric Schlosser's book "Fast Food Nation," an exposé of the unhealthy practices and filthy working conditions in the fast food business and the meatpacking world, was published to great acclaim. Schlosser documented the fat-saturated foods that Americans eat and the dangerous, low-wage conditions that workers in those industries toil under.

The three essays in the book showcase three sides of Schlosser's writing. There is the activist/policy journalism in the title essay, "Reefer Madness," that examines the barbaric drug war against the cultivation and sale of marijuana, where nonviolent drug offenders can be given sentences of 20 years to life, and murderers are set free to make room for them in our nation's prisons.

The second part of the book, "In the Strawberry Fields," is about the harsh conditions in the California strawberry fields. Schlosser examines the innocuous basket of strawberries and reveals the blood and physical agony that goes into each pint of fruit from illegal Mexican laborers.

The third essay, "An Empire of the Obscene," shows Schlosser's abilities to build a long, engrossing profile, recording the epic, 40-year career of Reuben Sturman, as he developed his pornography empire. Sturman was a colorless businessman who popularized the peep show and successfully fought obscenity charges for decades, but was brought down by a dogged Internal Revenue agent for his aversion to paying taxes.

The "Reefer Madness" piece has its roots in a brilliant 1994 article that Schlosser wrote for The Atlantic Monthly, which followed the case of Mark Young, who was involved in a major marijuana drug case in Indiana. Young only introduced the main conspirators, but he received a life sentence, while the major defendants, because they turned state's evidence, received much lighter sentences.

The drug laws vary wildly from state to state. In New York, possession of an ounce of marijuana can lead to a $100 fine. In Louisiana, it can mean a 20-year sentence. Then there is the comedy of America's anti-drug critics. Congressman Dan Burton from Indiana had pushed for legislation mandating the death penalty for drug dealers. When his son was arrested for transporting 8 pounds of marijuana, however, he received house arrest and community service, not death.

Schlosser keeps a tight, cohesive argument on the drug laws. He is able to present an articulate case for decriminalization. "A society that can punish a marijuana offender more severely than a murderer is caught in the grip of a deep psychosis," writes Schlosser. "It has a bad case of reefer madness."

Schlosser flexes his investigative muscles in "In the Strawberry Fields," showing that sharecropping is alive and well in the California strawberry business. Major agribusinesses routinely exploit Mexican laborers. Strawberry pickers are offered the chance to become farmers, and are immediately placed in debt to the large strawberry growers. The small farmers do the backbreaking labor while constantly facing bankruptcy.

In his long piece on the pornography industry, Schlosser details the history of economic sex over the past 40 years. He documents how the morality campaigns against pornography have failed. He focuses on the Meese Commission, set up by Ronald Reagan's attorney general, Edwin Meese, which used fraudulent claims to try to prove a link between pornography and violence.

The motivation to buy pornography, according to Schlosser always has remained the same. "Largely fueled by loneliness and frustration, the sex industry," he writes, "has never suffered from a shortage of customers."

One of the failings of "Reefer Madness" as a book is that Schlosser tries to present it as a thorough analysis of the American underground economy. He basically takes three very different, very strong magazine pieces that started in Rolling Stone and The Atlantic and presents them as an investigation of the black market. The three pieces are very powerful and worth reading, but are not a comprehensive view of the American underground markets.

With "Fast Food Nation" and now "Reefer Madness," Schlosser has established himself as one of the best investigative reporters in America. Whether he is dealing with horribly abused illegal alien workers or people trampled by the drug laws, he handled his subjects with wit and compassion. Schlosser gets to the heart of his subjects.