Lillian Ross on Her Seven-Decade Journalism Career in "Reporting Back" 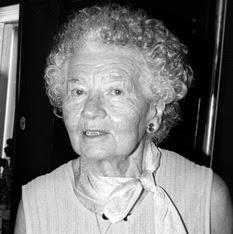 Lillian Ross was an interesting interview. On the surface, she was a genial elderly woman. When we got into the nitty gritty, she had a lot of anger directed at Truman Capote and Chip McGrath, an ex-New Yorker writer and editor, who while helming the New York Times Book Review skewered her memoir of her five-decade adulterous affair with William Shawn, the storied New Yorker editor, who never left his wife.

There is also the "Talk of the Town" style that Ross perfected, where you tend to kiss up to the wealthy and mock the rare working folks who appear in the section.

Here is our interview:


The legendary writer Lillian Ross has worked for The New Yorker magazine since 1945. Her specialty is her brilliant "Talk of the Town" pieces, where she pulls out the essence of the characters she interviews, from actor Charlie Chaplin and director Gus Van Sant to a group of tough-talking Manhattan high school girls.

In her new book, "Reporting Back: Notes on Journalism" (Counterpoint, 292 pages, $25), Ross explores her writing experiences and how she builds trust with her subjects and focuses on the details and dialogues that are most revealing.

In an interview at a coffee shop near her New York City apartment, Ross discussed her new book and her style of journalism. "I chose my quotes very carefully," said Ross of the fact she has never used a tape recorder in six decades of reporting. "Using a recorder gets in the way of you being a writer. You don't hear in the way that helps you to be a writer. You are concentrating on what you consider to be the responsibilities of a reporter -"Get it all down, to get as much as possible.'"

Ross' style is about setting and nuances. In "Reporting Back," she examines some of the effect of the anti-Communist campaign by the House Committee on Un-American Activities on movie stars and directors. In one scene, Ross depicts director John Huston attacking actor Humphrey Bogart on Bogart's backpedaling on his earlier protests against the committee.

It is a cinematic moment. "John Huston takes [Bogart] to task right in the story," said Ross. "It is a wonderful scene, with Edward G. Robinson being Edward G. Robinson, and making fun of Bogart. Lauren Bacall plays the supportive spouse." In the end, the director and the actors go to lunch together.

In the Hollywood piece, Ross' views were in the quotes and settings she chose. "I had my own views and all," she said. "My political views are always implicit in the text. That is how you express them. It is what you select."

"Reporting Back" is a glorious travelogue of Ross' writing during six decades. She covers her writings on director Francois Truffaut , a pre-presidential Richard Nixon and writer Norman Mailer. She explains a piece she did the day before John F. Kennedy was assassinated, interviewing a group of schoolchildren in Miami, catching the affection for the President.

Ross is a small woman with radiant eyes and a glorious head of white hair. In her writing, she maintains an enthusiasm for her subjects and does not have the cynicism common in many longtime reporters. "It is a question of love," she explained. "I love being with people. I accept people for what they are, and I find that fascinating."

Ross is the author of 10 other books, including "Here But Not Here," her memoir of her 40-year romance with the late New Yorker editor William Shawn, and "Picture," her groundbreaking study of the making of John Huston's film "The Red Badge of Courage." A 50th anniversary edition of "Picture" has just been published by the Da Capo Press.

A native of Syracuse, N.Y., Ross steered clear of telling her age. "Oh God, don't do the numbers, because I don't want anybody adding them up. I don't want to reveal my age," she said.

Ross followed her sister's desire to become a traveling correspondent. She wound up in New York City during World War II. "The first reporting job I had was at PM, a tabloid-sized paper in New York, with sensational headlines on kosher chickens."

A job opened up at The New Yorker. "William Shawn needed an assistant," she said. "I went and spoke to him. From the first eye contact, I knew this was where I wanted to be." Shawn mentored Ross as a writer, urging her to make every word and every gesture count in her profiles.

Ross calls her work "reporting" and refuses to use fancier words such as "reportage." "Reportage is such a pretentious expression," she said. At one point, before he wrote "In Cold Blood," Truman Capote was following Ross around, trying to learn reporting. "He drove me nuts," Ross admitted. "He wanted to learn how to be a reporter. He didn't know how to do it. He used this expression I hate - "I want to pick your brains.'"

Sometimes Ross winds up becoming friends with her subjects, as in the cases of Charlie Chaplin and John Huston. In certain cases, she said, she had to stop writing about people because she became close to them.

"I did my first story on Robin Williams in 1986. He was going to clubs and doing stand-up. There was a young woman named Marsha in the background who became his wife. We became friends.

"When Bill Shawn died, (Marsha and Robin) insisted I come out to California with them. It was human, kind and generous. They started making "Mrs. Doubtfire.' I wrote a piece about them because it was about the movie. I won't write about them now because there is too much intimacy."

Ross said that in six decades of writing, she has never had any regrets about any of her stories. "I've never done anything that didn't work out. I always have a feeling for the subject, for something that intrigues me."

In her profiles, Ross refuses to attack her subjects. "I don't like cattiness," she said firmly. "I don't like cruelty and gossip. I don't like people who want to go out there and kill. Life is so short. You don't want to spend time with people you don't like. There are so many wonderful, fascinating people who are doing good work and leading good lives. That's what attracts me."
Posted by Dylan Foley at 4:03 PM