Richard Price and the Art of Accurate Lying in "Samaritan" 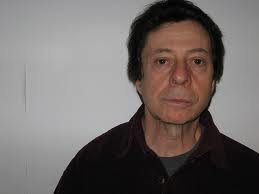 Over the past decade, novelist Richard Price's Dempsey trilogy has explored a small, fictional New Jersey city with big urban problems. In the process, the three novels, "Clockers," "Freedomland" and "Samaritan," have turned Price's exploration of drugs, crime and the despair of poverty into a kind of personal urban poetry.

In "Samaritan" (Knopf, $25, 377 pages), the most recent novel, Price explores the life of Ray Mitchell, a white man raised in the projects of Dempsey, who comes back to the city after a career as a Los Angeles TV writer. Out of guilt and the desire for affection, he gives out money and tries to mentor children at the local high school. Then someone bashes Ray's head in, almost killing him. Was it done for money or more complicated motives? Nerese Ammons, a tough, middle-aged black woman cop, who grew up in the same projects, investigates the assault.

What Price excels at is deep, compassionate character development, from struggling welfare mothers to hard-nosed cops. In "Clockers," Price drew the reader into a cat-and-mouse game between a drug dealer and a police detective. Price's colors are all gray, and readers will find themselves sympathizing with both sides.

The 53-year-old Price explained his technique as pure and simple lying. "There is a veneer of documentary realism in all my novels," said Price in a recent interview from his townhouse in Manhattan. "The fact of the matter is that it is all made up. I want to make sure that it is in the realm of possibility. I want to know what the parameters of reality are so I can lie responsibly."

To pull off this accurate lying, 53-year-old Price spent hundreds of hours hanging out with cops and drug dealers in the all-too-real inner cities of Newark and Jersey City, N.J. When Price was researching "Clockers" in the early 1990s, one of the toughest drug dealers in Jersey City almost had him shot.

Developing characters is not only meticulous research, but also finding the right texture. "I am not going to pretend I know what it is like to be a black person," said Price, "but if you get the human element right, the connective tissue transcends the subdivisions."

In Nerese Ammons, Price worked on the externals. He got the nitty-gritty of the detective job right, but he also dived into the specifics of Nerese's life. He developed a proud woman cop who defers her own romantic life to raise her son and works feverishly to hold her dysfunctional extended family together. "If you get the externals right, but you don't create a fully realized human being, you are in trouble," Price said

In creating Ray, Price took the risk of using his own autobiography. Like Ray, Price is a former public housing kid, raised in the Bronx, who later became a successful screenwriter. He wrote the scripts for Al Pacino's dark cop thriller "The Sea of Love," "The Color of Money" and other hits.

"The danger of using autobiographical details is not in exposing yourself," said Price, "but you identify so closely with the character, do you really have the artistic distance to really feel something? You basically don't know when to shut up."

Price developed an interest in "Samaritan" from his own work with students and aspiring writers. While the character Ray is eager to please and ready to give out advice and sometimes presents, so is Price. "Ray is myself," said Price. "These are proclivities that I have as well." Working with students who have no money and are thirsting for attention can be a difficult situation.

"I find myself in situations where it would be so easy to help, financially or emotionally," said Price. "It is addicting to do things for people, but I found that you can't partially commit to people. People see you putting out, and they are expecting a relationship. When it is time to move on, people say, 'Where did he go?' They can feel exploited."

Fortunately, Price has had no violent run-ins with the students he has mentored. In "Samaritans," Price manages to achieve both a cerebral detective story and an inner-city drama, while the reader waits for Ray's assailant to be unmasked.

For Price, the appeal of making up the fictional Dempsey was that he could make the urban problems and despair universal, while using his artistic license. "I did most of my hanging out in Jersey City, but I didn't want to be beholden to the facts of Jersey City," said Price. "I wanted a city where I could make up my own facts, to get into the realm of plausibility. Dempsey could be any city of 300,000 angry people in a working-class, blue-collar, busted industrial city. There is a universalness in the demographics and the anger. I wanted it so that a cop in Gary, Ind., could relate to a cop in Dempsey."

Despite Price's success as a novelist with seven books under his belt, including the acclaimed "The Wanderers," he still makes his bread and butter as a screenwriter and script doctor. Script doctors are the people who save, or try to save, Hollywood's epic blunders. Price was a script doctor on Mel Gibson's "Ransom" and Samuel Jackson's "Shaft." "The way movies are changed," said Price, "it is very disheartening for the writer. If I am going to do it, let me go for the maximum money. As a novelist, you can work for years and come out with a solid book, which makes as much as what a highly paid script doctor would make in two weeks."

The script doctoring allows Price to get back to Dempsey. ``I could see myself writing 50 Dempsey books," said Price. ``This is the turf I have carved out for myself. If I move on, that's fine, but I shouldn't move on to prove to people that I can write other things."