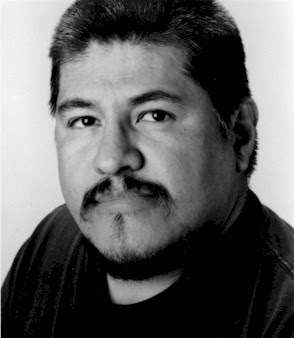 Life in the barrio pulsates

Luis J. Rodriguez's "The Republic of East L.A." is a gritty and buoyant story collection about Mexican-American life in Los Angeles. In the barrio of Boyle Heights, the sidewalks are cracked and work is hard to find, but the hearts and dreams of its residents are big.

In his deft stories, Rodriguez blows apart the stereotypes of Mexican life in Los Angeles. The barrios in his mind pulsate with opportunity, culture and eccentric characters. There are hard-working fathers who still lose their children and mothers who keep their families above financial ruin by the skin of their teeth. In East L.A., there is violence and tragedy, but much humor and community.

Some stories are comic, like the philosophical Indian limousine driver of "My Ride, My Revolution," who can't say no to sexy women. Then there are more serious ones, such as "Las Chicas Chuecas," literally the bent girls, about young women in gangs and the violence in their lives.

One of the bent girls is Noemi. She is the daughter of a junkie who has witnessed the murder of her older sister and now watches as her younger sister becomes lost in gang violence. She dreams of herself as a superhero fighting off supernatural monsters. Noemi is a touching, fragile girl, believable and compelling. When her mother relapses into drug use, Noemi goes on her own binge of pills and booze, with horrifying consequences.

Rodriguez is a Los Angeles poet and essayist who is the author of the acclaimed memoir "Always Running: La Vida Loca, Gang Days in L.A." In his debut collection of stories, Rodriguez captures the quirky characters in his neighborhood.

As in "Cannery Row," John Steinbeck's California novel of offbeat loners in Monterey, Rodriguez gives the readers full-blooded characters. There are striving carpenters, struggling writers and artists and people who have given up. Rodriguez often puts them in comical situations, but brings the stories down to earth in the search for social truths.

The "Republic of East L.A." explores the tensions throughout Mexican American society - there are color and class issues, and conflicts between the first- and second-generation Mexican-Americans and the new immigrants, as well as tensions with white America. A woman speaks of her children and their white father: "Their papi was a cowboy buck rider from Oklahoma; he kinda fell for a chubby young girl singing gospel in a wide dress."

At times, the reader may be able to find traces of Rodriguez's own autobiography. A character gets thrown out of the house by his father when he gives up a secure warehouse job to become a writer. "Writing is for bums,' my father yelled, while watching me leave the pad, duffle bag in hand. "You should work like a man - with your hands.'"

In "Mechanics," a man muses over his wife leaving, remembering their wedding day: "Like any good East L.A. wedding, this one had the proverbial brawl - the smashing of tables, chairs and glasses - and the arrival of police."

Rodriguez expertly conveys the rhythm of the vibrant Mexican-English slang and the ironic humor of his heroes. Sometimes, though, his stories have clunky monologues that try to explain social problems. These moments are mercifully rare.

In "La Operacion," Rodriguez follows Mexican life on both sides of the border through the eyes of a loosely connected family. There is Carlos, the patriarch, who has traveled up to El Norte, bringing up the young men of his family, one by one.

The immigrants use their ingenuity to eke out threadbare livings for themselves in Los Angeles. They send much of their money home, clothing relatives and building schools. But the INS is a perpetual threat in the north, and at home in Mexico, the landowners have murderous plans of their own for the Mexican Indians. It is a chilling tale, showing the brutality that impoverished Mexicans can face on either side of the border.

In "The Republic of East L.A.," Rodriguez has created a world of vivid characters, from the woman who dances with a watermelon to a dreamy heavy-metal poet. On the hot streets of the Los Angeles barrios, there is poverty but also laughter and the hope for a better life.