Laura Blumenfeld on Her Book "Revenge: A Story of Hope" 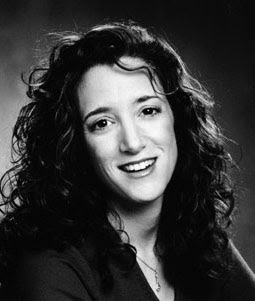 In March 1986, a Palestinian murder gang was shooting foreign visitors in Jerusalem to destroy Israeli tourism. Their first victim was Rabbi David Blumenfeld of New York, who was shot in the head. Luckily, Blumenfeld survived with only a grazed skull.

In 1998, his daughter, Laura Blumenfeld, a Washington Post reporter, went to Israel to track down Omar Khatib, her father's shooter. "I wanted Omar to confront the humanity of his victim," said Blumenfeld in an interview from her New York City apartment, where she lives with her husband and young son. "I wanted to challenge the terrorist's mind-set."

Blumenfeld's resulting book is "Revenge: A Story of Hope" (Simon & Schuster, 383 pages, $25). It chronicles her efforts to confront the shooter and her travels around the world to explore the meaning of revenge, moving from Iran to Italy and Albania. It is a riveting tale about the war-torn Middle East, with a story that offers hope for a nonviolent solution.

Blumenfeld, 38, grew up on Long Island and was a student at Harvard when her father was shot. "I was angry, but more importantly I was frightened," she said. "It was a shot at my innocence. It shook up my sense of security in the world. This stranger had stripped my father of his humanity."

Blumenfeld's idea to find the shooter came from the stories she covered at The Washington Post. "I'd been working as a reporter for seven years," she said, "writing about everything from Northern Ireland to political paybacks in Congress, to divorces where children are used as instruments of revenge.

"I had this revenge fantasy. It wasn't rational, but half the world has these irrational impulses," she said. "Omar Khatib had become a symbol of hate and terror."

The 1986 shooting resulted in two deaths and two woundings. Rabbi Blumenfeld was shot because his yarmulke marked him as Jewish. Curiously, he had no interest in finding his own shooter. "I think my father repressed the shooting," said Blumenfeld. For his determined daughter, there were two competing impulses: "One was the primal urge to grab the shooter, to shake him and scream, "Do you know what you did?' The second was to somehow reach inside him and shake up his soul, changing him from the inside. I was not sure how I was going to do that."

Blumenfeld's revenge goal became clear: "I was not a large person, neither ideological nor heroic, yet for years I was inhabited by a grandiose thought: My father's injury should not go unanswered," wrote Blumenfeld. "I set myself a goal that was outsized and naive, and most of all elusive: I wanted (Omar) to realize he was wrong."

The shooter was not hard to find - Omar Khatib had been in an Israel jail since 1986, but the Israeli government barred Blumenfeld from visiting him. Blumenfeld met with his family at their West Bank home in Ramallah, obscuring her identity. Omar's family laughed about their son shooting "some Jew."

"I felt horror that I was sitting with people who had dehumanized my father, and fear of being exposed," said Blumenfeld. "I was swallowing tea and rage, as they laughed over my father's shooting."

She needed Omar's family, however. "The only way I could reach Omar was through them. It was dangerous," she said. "They were a military family. Omar's brother was a member of Arafat's elite military guard.

"There were two people in me operating at the same time," said Blumenfeld. "One was a journalist, and one was a daughter living out revenge from the inside. To be a good journalist, you have to show empathy. As an avenger, empathy was my worst enemy. It would weaken my resolve. It was a confusing, intense and frightening time.

"I also felt guilt," she added. "On some level, I was doing something wrong. The only way the family would let me into their hearts was if they didn't know who I was. I wasn't "Laura the Jew' or "Laura the victim's daughter.' I was just this woman Laura."

In some of the most vivid writing in the book, Blumenfeld records how other countries deal with revenge. "I learned that in each country, the human instinct to get even is universal," noted Blumenfeld. "Each culture had its own way of dealing with it. In Sicily, it is practically a national anthem - la vendetta. In Albania, they had the canon. It was compiled by a 15-century nobleman. Revenge was encouraged, as long as you followed the rules. The canon was so common, I walked into one home, and found the code on top of the refrigerator, dog-eared like a phonebook."

"Revenge" becomes the moving story of the effect of violence on one family. Blumenfeld's eight months of meetings with the shooter's family are suspenseful. Her international search for the meaning of revenge is chilling, with bits of comedy. At the end, there is an electric courtroom drama.

Omar's letters to Blumenfeld were smuggled out of prison. At first, his letters were rigid and ideological. "Over time, I found some glimpses of his humanity," she said. "Writing to him was full of conflict, guilt, confusion and anger."

After their courtroom confrontation, Omar underwent radical changes. "The transformation I was looking for was his," Blumenfeld said. "That was brought about in Omar's letters to me and my father. He said, "You make me feel so stupid for being the cause of you and your kind mother's pain.' I wanted him to feel stupid. That was my revenge." Omar is still in an Israeli jail, serving his 25-year sentence for the shooting.

In March, Blumenfeld went back to Ramallah with her father and met Omar's family for Diane Sawyer's TV news magazine "Prime Time Live." "My father sat with Omar's brother Imad for hours like brothers, drinking tea and talking," she said.

"It was a safe place in this big storm of violence, blood and hate," said Blumenfeld. "There is no denying that these are dark times. I think my story offers a glimmer of hope. On a personal level, you can get beyond the violence."