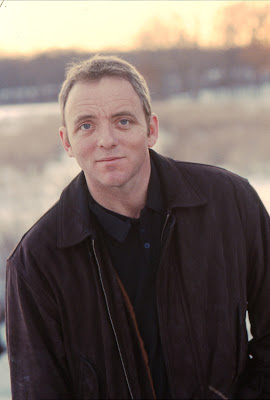 (Originally published in the Newark Star-Ledger in November 2010)

In Dennis Lehane’s 1998 novel “Gone Baby Gone,” Boston private eye Patrick Kenzie found a kidnapped child named Amanda McCready, took her from a loving family and returned her to a negligent mother. This decision has hunted Kenzie and his partner Angie Gennaro for years.

In Lehane’s new novel “Moonlight Mile”(HarperCollins, $27), Kenzie and Gennaro have a second chance. Amanda McCready, now 16, has disappeared again. Kenzie and Gennaro must enter the murky world of methamphetamine tweakers and identity theft, as well as the local Russian mob’s baby smuggling racket, to find her. Amid the riveting double crosses, Lehane examines a Boston and New England battered by the new economic insecurity and the realization that for many, the good times are just a memory.

Lehane, 45, is the author of the novels “Mystic River” and “The Given Day.” He spoke with freelance writer Dylan Foley by telephone from his home in Boston.

Q. Why did you return to your Kenzie and Gennaro thrillers after a 11-year absence?

A. I don’t really choose to write specific books. The characters come knocking on my door. That happened with this book--Kenzie and Gennaro came to me after 10 years of silence. The voice came back to me and I was like, “Okay.” As I was working on the book, it became clear to me that the story I should tell was the one about Amanda McCready, the story from ‘Gone Baby Gone.” I thought, “Let’s look at that one again.”

Q. Kenzie made the gut-wrenching choice of giving the young Amanda back to her drug-addicted and harmful mother. Did he have much of a choice?

A. In the real world, most everyone would make the law-abiding choice. It is only in the fictional world would a detective consider letting Amanda stay with a kind family that was involved in her kidnapping. You can’t support kidnapping.

Q. Kenzie and Gennaro are more vulnerable now that they are married and have their own 4-year-old daughter. Why?

A. These are not the Kenzie and Gennaro that we knew in 1999. As a new father myself, the vulnerability has really sunk in. A friend of mine said to me, “You are not going to have another sound night of sleep for the rest of your life.”

Q. How did you write about methamphetamine tweakers and identity theft?

A. For research, I basically read four books on the subject, then I let my imagination do the work. I found that a lot of people using methamphetamine are involved in other crimes like identity theft. Looking at situations around the country where factory jobs have left town and wages have been slashed, you find that meth use explodes.

Q. While hunting for Amanda in the small town of Becket, Mass., Kenzie is verbally assaulted by an older woman who has lost everything in the New Economy. Where does this small town rage come from?

A. I think that rage is everywhere in the United States, not just in the small towns. Right now as a country, we are absolutely rudderless. We are scared and very confused, and not sure how we got into this situation. It was shocking to me that people bad mouth the unions We have bought the corporate view of American society. Did the unions cause the financial crisis? We have reached the point where our alleged “free market” has destroyed our country.

Q. Kenzie winds up having this bizarre bond with Yefim, a Russian hitman obsessed with American slang. Where did Yefim come from?

A. Characters like Yefim sneak up on me. When they do, I just get out of the way and let them work. Yefim was only supposed to be a character who brings Kenzie to the big Russian mobster. I thought I don’t know who this guy is, but I like him. Yefim went his own way.
dylanfoley@aol.com