Thomas Frank on "What's the Matter with Kansas?" 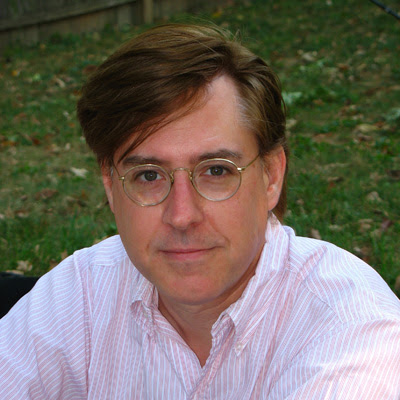 In “What’s the Matter With Kansas: How Conservatives Won the Heart of America” (Henry Holt, $24), political writer Thomas Frank explores his home state and it sharp shift to the right in the 1990s.

Frank details a working-class backlash against a “liberal elite,” where voters follow conservative candidates on controversial social issues like abortion, family values and the teaching of evolution in the schools. Frank argues though the Republicans can’t make social changes like stopping abortion, their economic policies hurt their working class supporters, from income inequalities to the destruction of price supports that have wiped out the family farm and small-town Kansas. Despite the economic effects, angry Kansas voters continue to move further to the right. At the same time, an ongoing civil war between the moderate and conservative Republicans rages over control of the state party.

Frank, 39, was raised in Mission Hills, a suburb of Kansas City, Kansas. He was educated at the University of Virginia and the University of Chicago, where he obtained a Ph.D. in history, and is the author of two other nonfiction books. Frank lives in Washington. D.C., with his wife and daughter, where he spoke by telephone with freelance writer Dylan Foley

Q. Why did you focus on Kansas in this book?

A. First of all, it’s my home state. Second, it had this great shift to the right in the 1990s, which was intriguing to me. I needed a microcosm to study the backlash, and it was perfect in that sense. Then there is the fact it is such an average sort of place. It is in the middle of the country, and it is demographically close to the average. There is an extreme, militant outraged averageness.

Q. Nowadays, the Democrats are often considered to be a bicoastal party. How did they lose so many heartland states like Kansas?

A. There was error upon error. If you have to put your finger on a particular mistake, it is the drive in the last 25 years to move to the center, to court professional voters and to take the working-class voters for granted. This is the mistake they’ve made and continue to make. The Democrats are a pro-corporate party, but a different part of the corporate world than the Republicans. The Democrats, especially under President Clinton, minimized the differences with the Republicans on economic issues. and deliberately signed off on the Reagan agenda. They don’t understand that while they have stopped talking about social class, the Republicans talk about it all the time. They make class-based, culture-based appeals where the liberal elite fills the void that Wall Street used to fill.

Q. Why are the Republicans so attractive in Kansas?

A. They seem like they “fight the power.” In Kansas, there aren’t many Democrats. The ones they see on national TV, like Teddy Kennedy and John Kerry, are members of the national elite. They are from the East Coast, they are very wealthy and they seem to be very well educated. The Kansas voters are very angry and are shaking their fists. The old socialism and populism doesn't exist. The Republicans are taking on the powers that be in a very obvious sense. If you are discontented, these guys speak to you. They spoke to me as a kid. It was easy to see (President) Reagan as a rebel, which seems inconceivable after you’ve grown up and see how the world works.

Q. How does the backlash against liberal elites work?

A. It motivates working-class voters on cultural issue, with these angry hot-button culture war issues, where the question always comes down to the same thing, which is average real Americans, authentic heartland Americans versus some haughty elites on the coast who are trying to tell you what to think and how you should run your life. The culture wars come down to the same template. It is interesting to note that the Republican Party has made very little headway on the culture war issues. They haven’t stopped abortion or changed the tenor of our mass entertainment. They haven’t brought back school prayer, but they have enacted incredible changes on the economic front. They’ve rewritten the world we live in. They’ve turned the clock way back. Look at the income gap, the huge inequality. This is a deliberate act of policy. The general trend in Bush’s tax policy is to tax wages and to lower the taxes on unearned income.

Q. As Kansas goes, does the rest of the nation follow in its right-wing shift?

A. I hope not, because that is a really unfortunate direction to be heading in. There is some reason to believe that this is true. Kansas has often been on the vanguard, a place where all the national trends are seen in an extreme state. I don’t see any forces pushing the other way. John Kerry isn’t really offering a huge alternative to Bush. He’s going to continue the Iraq war. He’s just going to do it with more sensitivity.

Q. What is the state of the Kansas Republican Party now?

A. There is a civil war between the two factions. The moderates were taken totally by surprise in the 1992 elections. The conservatives were operating under the radar and managed to throw the conservatives out and totally take over the Kansas Republican Party. The Mods got back in a few years later. The dividing line between the two factions is social class. The Cons say they are the working people and the Mods are the rich people. The working-class voters tend to vote for the conservative candidates. The moderate Republicans tend to be prochoice, and don’t have any problem with evolution being taught in the schools.

A. The main issue is Iraq. If it gets worse, I think Kerry will win. The price of oil also looks bad for Bush. He’s got to get that under control. One thing that might save Bush are the culture wars. This is heating up to be the most vicious round yet. We are fighting over Vietnam again. We are fighting over gay marriage, and the stem cell issue, which is a proxy for abortion.

Q. How has your new book been received in Kansas?

A. The book has been demonized and vilified in the media outlets in Kansas. I was called a communist by a caller to a radio talk show. The book is seen as a person from the big city making fun of the good, honest people of the heartland.