Amy Bloom on Transvestite and Transsexual Culture in "Normal" 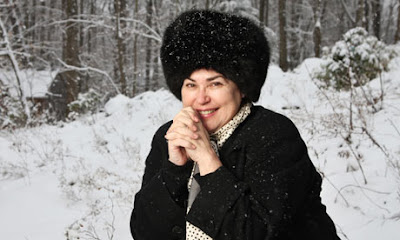 At The Fringes Of American Sexual Life, Bloom Finds Truth Can Be Stranger Than Fiction.

Transsexual CEOs. Crossdressing cops. Hermaphrodites with attitudes. It's not the latest corporate scandal, FOX reality TV special or oddball hip-hop act. It's the subject of Amy Bloom's new book, ``Normal.'' Oh, and not to be confused with Jeffrey Eugenides' ``Middlesex,'' this is nonfiction. It's a new turn for Bloom, author of the National Book Award nominee ``Come to Me'' amongst other fiction, a practicing psychotherapist and 49-year-old mother of three who lives outside New Haven. In a book that is part travelogue, part social exploration, Bloom uses compassion and humor to raise the possibility of expanding the American sexual spectrum. Along the way, she introduces readers to characters like Dixie, a 6-foot-4 transvestite state trooper who dares people to knock anything off his shoulder. Yes, sir!

Northeast: How did your interest in writing about transgender people start?
Bloom: I was wandering around my house, working on a short story when I saw one of those Jerry Springer-type TV shows, with over-the-top Vegas showgirl transsexuals. I thought to myself, where are the female-to-male (FTMs) transsexuals? Do they come out looking like John Wayne? How come they aren't in our consciousness?
Northeast: FTMs originally made up only one in four transsexuals, but with phalloplasty (penis-building operations) technology improving, their number is increasing in America. You write so vividly about phalloplasties, I feel like I could build one myself. Surgeons seem to be concerned with building big penises. Is that true?
Bloom: That is an issue. Surgeons don't become surgeons because they are obsessed with the human psyche or because they are intrigued by ambiguity. They become surgeons to solve problems. The saying is, ``You don't go to a surgeon unless you want surgery.''
Northeast: Some of the men profiled in the book said that they had to choose between buying a condo or operations to build penises. Why would someone spend $20,000 on a nonfunctional penis?
Bloom: Why do 75-year-old men buy Maseratis? Some people feel that it is critical that the package look a certain way. Other people are more indifferent to appearance. It is highly idiosyncratic.
Northeast: I've always wondered what the wives of toupee wearers think.
Bloom: A toupee wearer is an excellent example. Some wives think, ``If it makes you happy, I'm happy.'' And some probably wish their husbands would dump that rug. It is often the issue of the quality of the appearance. In lots of instances, how successful a replica [is] is important to how people perceive you. With crossdressers, the ones who are easily feminized are more accepted. We don't like people to stand out in any direction.
Northeast: Do heterosexual crossdressers have a bias against gay drag queens?
Bloom: The heterosexual men who dress in drag are by no means all biased. There are many heterosexual crossdressers who are very anxious to be perceived correctly as heterosexual. To that end, it is disturbing that the most common image of a crossdresser is of a gay man. These are men who have gone to a lot of trouble to reassure their wives they are not gay.
Northeast: What happened at the convention you were at where the crossdressers bumped into a convention of swingers [couples into wife swapping]?
Bloom: The swingers were so unexpected. That was just too funny. It was at a horrible hotel, where the poor staff was going to be fired. The swingers would pop up dressed more brilliantly than the rest of us early in the morning. An unbelievable mingling of American elements.

Northeast: Like ``Love American Style''?
Bloom: The swingers were not necessarily a group that is particularly sophisticated or progressive in their points of view, but this is something they do. It places them out of the mainstream. The crossdressers thought the swingers were really quite shocking, and it wasn't the right way to act.
Northeast: At the end of the convention, you wound up dancing with the crossdressers' wives. What happened?
Bloom: I do like to dance ...
Dylan Foley is a freelance writer from Brooklyn, N.Y.
Posted by Dylan Foley at 3:09 PM