Roger Rosenblatt on His Family's Loss, Grief and Survival 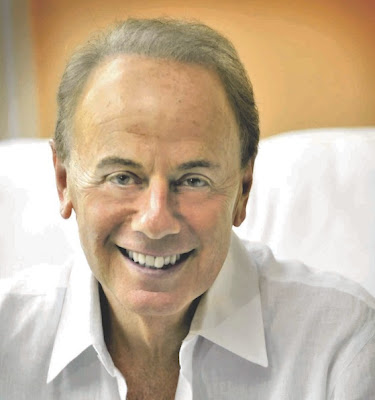 In his new book, “Making Toast”(Ecco, $22), Rosenblatt chronicles the 15 months after his daughter’s death, where four adults--Rosenblatt, his wife Ginny, their son-in-law and a dedicated babysitter, work their hardest to bring the three kids to a safe harbor from a sea of grief over the death of their mother. On the first morning after Amy’s death and every day after, Rosenblatt makes toast for Jessie, Sam and the toddler Bubbies. In eloquent but spare prose, Rosenblatt embraces a closely involved grandfatherhood, going to playdates and school plays, and trying to explain death and life to three children under seven. Rosenblatt has created a heartbreaking, hopeful and witty masterwork on grief and family survival.

Rosenblatt, 69, is an essayist for Time and a commentator on PBS. He still splits his time between his homes on Long Island and Bethesda, and makes toast for his grandchildren as often as he can. Rosenblatt spoke with freelance writer Dylan Foley by phone from Long Island.

Q. What is the practical and symbolic sides of making toast for your grandchildren?

A. The practical side was that it was an automatic reflex the following morning when the children sat down at the table without their mother that breakfast was going to occur. It was the sense of putting one foot in front of the other, to see if we could start walking again. The symbolic aspect came in the title, from the idea of getting on with life.

Q. How do you make a normal life for the grandkids, when life will never be the same?

A. You do your best to grab those things that affix themselves to normality and trust that the great abnormal context in which we all live will be manageable.

Q. You and your wife Ginny often put your grief aside to take care of the children. How did you deal with this?

A. I have it easier than Ginny with my grief in a crazy way. On Sundays, I drive up to our house on Long Island, where I teach nearby. I do things around the house, prepare for class and cry. There are times when we have cried in front of the children, and it is right to do. I try not to get too down near them.

Q. Nine months after Amy’s death, Bubbies finally has a breakdown, crying for his mother and wanting her to come back. Could you describe what happened?

A. Of all the things in the book, that knocked the wind out of me. I had heard and always believed that children learn language to tell stories. I never saw this in such a devastating way. He is able to talk about his mother in a freer way now.

Q. What effect has writing the book had on you?

A. Near publication, I went into to what was the closest I’ve been to a clinical depression. When the book was published, I could barely look at it. I was ashamed of the book, that I had turned a devastating story into another artifact. A psychotherapist I know said, “You are looking at this all wrong. You should look at the book as something you and Amy were doing together.” Once she said this, it was as clear as a bell. I wrote this book for my family and friends, and specifically for my grandchildren, so they would know their mother and themselves at this age.
In December 2007, Time Magazine essayist Roger Rosenblatt’s 38-year-old daughter Amy, a physician and mother of three, died suddenly of an undiagnosed heart abnormality at her home in Bethesda, Maryland. Rosenblatt and his wife immediately moved in with his son-in-law and three grandchildren. When Jessie, the eldest child, asked how long her grandparents were going to stay, Rosenblatt answered, “Forever.”
Posted by Dylan Foley at 1:58 PM