Paul Theroux on Blindness and Hubris 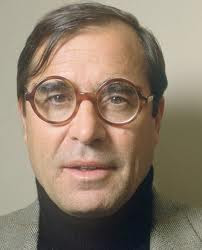 (Originally published in the Westchester Journal News in June 2005)

In his 24th novel, “Blinding Light,” Paul Theroux writes about Slade Steadman, a travel writer who published one great book about sneaking across borders 20 years ago, but has not written any books since. The book “Trespassing” made Steadman fabulously wealthy through a clothing line, but has done nothing for his brutal writer’s block. He travels down to Ecuador to find a cure, takes a psychotropic and becomes a visionary, but also goes blind.

Theroux is written a witty, sensual novel about blindness, hubris, trespassing over borders and transgressions against the people. Theroux also writes a major cameo for Chappaqua’s most famous resident: Bill Clinton, who Theroux considers to be one of the great modern tragic figures.

The inspiration for Theroux’s latest novel came when he almost lost his own sight. “I had a double cataract operation in 1999,” said Theroux, at a New York hotel during the start of his book tour. “It was traumatic because I wasn’t that old. It made me really think about blindness. I wondered if there was a drug that could make you blind.”

At 64, Theroux is tan and robust, fresh from a recent trip to India. He says that the book took him six years to write. Along the way, Theroux explored the inability to write. “The book is also about writer’s block, for even writers like myself with 40 books can have writer’s block,” he says. But it is also the American condition of being a one-hit wonder. In other countries, we don’t have that problem. You can write on book and become celebrated. Here it becomes a serious problem.”

Theroux reels off a list of the great one-hit wonders: “Ralph Ellison and ‘The Invisible Man.’ Harper Lee and “To Kill a Mockingbird.’ And J.D. Salinger, who really only had the one great novel, ‘The Catcher in the Rye.’”

Theroux went down to Ecuador in 2000 on a psychotropic drug tour to try ayahuasca, a hallucenogen used by native South Americans. “I got sick and threw up,” he says, “and I had auditory sensations of insight, lights shining and visions of snakes and animals.” Theroux was also offered datura, a stronger drug that has harsh side effects. “I didn’t try datura because I didn’t want to go blind.”

Theroux has Steadman try datura and he becomes addicted to it. Steadman goes temporarily blind. He sees into people’s souls and even rescues a child who is drowning. Using his doctor girlfriend Ava as an assistant, he writes what he believes will be the greatest American novel ever. They begin to carry out complicated sexual fantasies, acting out the carnal experiences of Steadman’s youth.

“Steadman doesn’t have omnipotence, so much as prescience and second sight,” says Theroux. “He becomes a seer, for a lot of seers are blind.”

Theroux himself has been one of the most famous travel writers of the past 30 years, with his classic books “Riding the Iron Rooster” and “The Great Railway Bazaar.” At the beginning of the new novel, Theroux indulges in a satire of the yuppie travel world.

While in Ecuador, Steadman encounters a tour of four wealthy tourists. They spend huge sums of money to go to the most remote places in the world--Tibet, Rwanda and now a South American jungle drug tour. The group is blind to their own arrogance, greed and infidelity. Steadman, with his drug-enhanced senses, gives them their comeuppance.

Theroux, like other professional travelers before him, laments the overtouristed parts of the world. “When I was traveling Africa in the 1960s, there were still wonderful places to see,” he says. “Now even the remote places have been trashed.”

Instead of going to far-flung places where everybody else goes, Theroux urges intrepid travelers to go deep. “Travel isn’t about going to remote places anymore,” he says. “It is about going deep. There is always a place that has been misunderstood, but can be penetrated or understood by traveling there in a different way. A travel editor boasted to me that he’d been to Tibet. I said, ‘I would have been more impressed if you had gone to a remote part of Jackson, Mississippi, to an inner city ghetto.’ There is all kind of activity there, good, bad and ugly.”

Bill Clinton’s several extended cameos in the novel are hysterical. Theroux’s portrait of the brilliant and needy ex-president are dead on. The time is 1997, right on the cusp of the Monica Lewinsky scandal. Steadman and Clinton meet at a big fundraiser on Martha’s Vineyard. Clinton embraces the blind Steadman as a new friend and talisman. Steadman winds up visiting the White House and senses the corruption of the people at a state dinner and the moral rot in the walls of the building itself.

It was Theroux’s leisure reading of a particular government document that brought Clinton into the novel. “What interested me a lot was the Starr Report,” says Theroux, of the massive report prying into Clinton’s personal indiscretions. “A lot of people haven’t read it. I can tell you it is pretty interesting. It is a total invasion of privacy on the level of going into someone’s house who you barely knew, opening all the drawers and looked at letters, money, devices and secrets. Not big secrets, but appalling secrets. Steadman meets Clinton and thinks that he’s got a secret, that there’s something rumbling in the background.”

For Theroux, Clinton is not only a tragic character in the Greek sense, where a man’s flaws bring about his downfall, but he’s almost a fictional figure. “People have written about Clinton, but it is the Clinton metaphor that interests me,” says Theroux. “It is almost like Clinton is a fictional character. The tragedy with Clinton was that everyone saw into the most intimate aspects of his life. No one wants that. Where does it happen? Only in novels, where the omniscient narrator peers into the crevices of a man’s life. That’s why Clinton is a fictional character to me.”

Steadman’s visionary blindness eventually makes him insufferable, until he finds that he is permanently blind. “The magic potion has cast a spell on him,” says Theroux. “Steadman is arrogant and hubristic, but he’s in for a mighty fall. He thinks he can control his blindness like Dr. Jekyll thinks he can control Mr. Hyde. The arrogance is punished when he loses control over going blind.”

The subtext of “Blinding Light” may be the general idea of the writing life. Living with Steadman for the past six years, Theroux says he has insights into his character and maybe that of all writers. “A writer who spends all his time at home is pretty unbalanced,” he says. “Steadman wouldn’t be a writer in the first place unless he was unbalanced.

“One of the things about writing about a writer is you are writing about an eccentric person,” says Theroux. “Where do you find a warm and fuzzy writer? They almost don’t exist.”

Dylan Foley is a writer in Brooklyn, N.Y.