Stacy Schiff on Benjamin Franklin and the Other Founding Antagonists 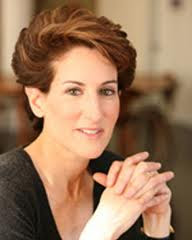 In December 1776, American rebel Benjamin Franklin landed on the shores of France on a secret mission to obtain French aid for the fledgling American Revolution. Within days, all of French society knew that Franklin was in the country. In his eight-year sojourn in Paris, Franklin convinced an initially apathetic French government to give essential financial, diplomatic and military support to the new American democracy, allowing George Washington to win the war against the English.

In her masterful history, “The Great Improvisation: Franklin, France and the Birth of America”(Henry Holt, $30), Pulitzer Prize-winning biographer Stacy Schiff turns her formidable talents to Franklin and the financial battle to win the American Revolution. The American delegation in Paris had virtually nothing to offer the French, but through dogged and subtle diplomacy, Franklin brought the powerful Comte de Charles Gravier Vergennes, the French foreign minister, to the American side. The book is full of characters like the playwright Pierre-Augustin Beaumarchais, whose melodramatic actions brought guns and saltpeter to the Americans.

Schiff’s history is both high drama and drawing-room farce. The American delegation was usually more adept at attacking each other than working with the French, and her research shows a vengeful and cruel side to John Adams. English and French spies were pervasive, leading to both extensive historical records of Franklin and comic intrigue. By setting Franklin as the center of the book, Schiff develops a swift and sharply written narrative using government archives from France, England, Germany and Italy. By directing her biographer’s focused eye on Franklin, she brings him to life in all his charismatic, complicated levels.

Schiff, who is in her early forties, was raised in Massachusetts and educated at Williams College. Her first biography, “Saint-Exupery,” of French writer and pilot Antoine de Saint-Exupery, was nominated for the Pulitzer Prize in 1995, and Vera, her biography of Vera Nabokov (wife of novelist Vladimir Nabokov), won the Pulitzer in 2000. Schiff lives with her husband and three children in Manhattan, where she spoke with freelance writer Dylan Foley.

Q. Your biographies of Saint-Exupery and Vera Nabokov were set firmly in the 20th century. Why did you decide to do an 18th century epic history of Benjamin Franklin in Paris?

The whole idea was to do something different. You don’t want to do the same book twice. There was a calculated sense that I wanted to do something that was more ambitious and harder. Franklin was always off in the wings. There is a great advantage to writing about someone who is immensely quotable. After I started, I spent five years thinking, what did I inflict on myself? In this case, i thought Franklin in Paris was the most compelling story, the (ITALICS) story of the American revolution. This is the untold story of the revolution. It was hard to access and far away. It was how the American revolution happened on a financial level, and it starred Franklin.

There is no better story. You’ve got Franklin, who is the ultimate American. He’s placed in Europe and it’s the biographer’s dream. Your subject is stripped of his natural habitats and pretensions, and even in Franklin’s case, his linguistic ability. He’s about as naked as you can get. You also have the story of how we really won the war, a story that seems untouched in many ways. It had been told by diplomatic historians and by academics, but nobody had done this story of the Revolution with Franklin as the centerpiece of the story, in both an active and passive role.

Q. How did you handle the voluminous research on this book?

A. I was honestly afraid of this project, because the documentation was enormous. Franklin wrote prolifically. There were memoirs and correspondence by the other characters. I went to France for a year. The bulk of the documents were in the French State Department archives. Franklin was being trailed by both French and British spies, so you have a day-by-day account of who he was meeting. The French spies were also trailing the British spies, as well. You couldn’t make the material up.

Everybody was writing about Franklin, so that a huge help. Much of it was plowing through all these 18th century memoirs and all these wonderful anecdotes about Franklin. Franklin periodically kept a journal and he wrote many letters. You have to keep in mind when he is writing for public consumption and when he is writing for friends. Franklin was aware that his letters were being intercepted. In the few angry letters he wrote, that was where Franklin was most revealing.

What could be more rich than 18th century Paris? There is just no more a colorful place. At times, I thought that Paris would overwhelm Franklin as a character. I had to keep holding myself back. You have to always ask yourself, “This may be brilliant material, but how does it advance the story?” I was very aware that I had to keep moving the narrative ahead.

Q. Could you tell us about the playwright and gunrunner Beaumarchais?

A. Beaumarchais was straight out of a farce. He was the most quotable character, his French was exquisite and he wrote about 3000 letters a day. The French aid wouldn’t have happened if it wasn’t for Beaumarchais. His gift for drama convinced the French government to underwrite the American cause, whatever that was. He was hugely instrumental in stirring the pot and getting the munitions.

Q. What role did the French foreign minister Vergennes play in helping the American Revolution?

A. There should be statues built to him in America, because he was the architect of American independence. He was really the most influential minister in all of Europe. He was hard working, well intentioned, but not that enlightened. He really did believe in the monarchy. And he loves Franklin. He was the only American that Vergennes could tolerate. He treats the other Americans in Paris like crackpot amateurs, which they often were.

Q. Your portrayal of John Adams differs sharply from David McCullough’s view of Adams in his 2001 biography as the principled nerd of the Revolution. In your book, Adams initiates vicious attacks on Franklin. What happened?

A. I love the McCullough book. It is one of my models of narrative history. I love John Adams. We are both from Massachusetts. Nothing made John Adams’ blood boil more than Ben Franklin. They really brought the worst out in each other. In typical Adams fashion, he complains about Franklin, but the relationships doesn’t go off the rails until Adams tries to leave Paris in 1778. Then he has these amazing bouts of paranoia. Adams doesn’t actually like anybody. He has dastardly comments to make about all the Founding Fathers, from Washington down.

Q. How did Franklin pull off the French aid that helped win the American Revolution?

A. Franklin was 70 when he went to Paris. It was almost as though he had nothing to lose. He once said that he was beyond ambition. Franklin was very smart about people. and that was what I found so attractive and mystifying at the beginning. He was the ultimate psychologically astute person. He would size a person up in a matter of seconds. He was flirtatious with everyone and very charismatic.

The American delegation was utterly cut off from events in America. At one point, they went almost a year without word on what was happening. For all Franklin knows, the war could have been lost. The ability to live with the uncertainty and to focus were Franklin’s great traits. There was not a moment of lapse. Part of it was being so old. Franklin could wait. It paid off.
(This interview originally appeared in the Newark Star-Ledger in April 2005)