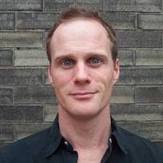 In his book, "Methland," journalist Nick Reding has created both a blistering and meditative account of the stranglehold that methamphetamine has on the postindustrial town of Oelwein, Iowa, and how the civic leaders have tried to save their community.

Reding's account is a nuanced look at meth, a drug almost ignored for two decades by the big-city newspapers as it ripped through small-town America, and how the efforts to combat meth were horribly bungled by federal policymakers and stymied by pharmaceutical lobbyists.

Reding stumbled into the story in 1999, when he was on assignment in Idaho and found himself late one night in a bar full of road workers high on methamphetamine. Reding started researching the devastatingeffects of meth on small towns in the American heartland.

Reding attempted to put together an earlier book project, but a New York literary agent cut him down. "My agent at the time told me, 'No one knows what methamphetamine is, and nobody cares about small-town America,' " Reding said in a telephone interview as he drove from his home in St. Louis to Oelwein to start his book tour.

Methamphetamine was developed by a Japanese chemist in 1898 but was made popular by the Nazis during World War II. Often referred to as "crank" or "ice," the highly addictive drug allows users to stay up and work for days straight. Made from pseudoephedrine and harsh industrial chemicals, the drug has devastating health consequences for its users.

Reding persevered and found Oelwein, a dying farming town of 6,000 that had been ravaged by the methamphetamine addiction and where the local cops were busting a meth lab every four days.

Starting in 2005, Reding spent three years visiting Oelwein, meeting an amazing cast of characters, from Clay Hallberg, an alcoholic doctor whose family practice was swamped with meth addicts, to Nathan Lein, a county attorney prosecuting meth-related crimes, and Larry Murphy, the mayor of Oelwein, who was desperately trying to save his dying town.

Reding hung out with addicts and drug dealers, including Lori Arnold, the sister of comedian Tom Arnold, who once ran a multimillion-dollar meth ring in nearby Ottumwa.

The book details families ripped apart by addiction. In 2003 and 2004, Iowa authorities found more than 700 children living in homes where meth labs had been broken up by the police. Reding documents horror stories of neglected and sexually abused children, as well as children born with serious health problems due to their parents' meth use.

Reding's portrait of Oelwein is not simplistic and involves such major players as the big agricultural conglomerates and the big pharmaceutical companies. Conglomerates like ConAgra were responsible for gutting the good union meatpacking jobs in Iowa. The major pharmaceutical companies have refused to stop making cold medicine with pseudoephedrine, which would wipe out domestic meth labs.

Reding started reporting on Oelwein after he met Clay, the philosophical family doctor. "I got a call from Clay. I knew from that moment that Oelwein was my town. Clay told me, 'You come out here and if I think you're OK, I'll introduce you to people like Roland Jarvis, who is basically a poster boy for meth addiction.' "

Jarvis' is the story of the death of industry and the rise of meth in Oelwein. Twenty years ago, Jarvis started doing meth to work overtime at his meatpacking plant to pay for his wedding. The union was then busted and his hourly wages were slashed from $20 a hour to $6. He started making meth in his mother's house, and in a paranoid accident, blew up the building, burning off his nose, most of his fingers and skin. When Jarvis is not in jail, he still smokes meth.

For Reding, meth becomes the symptom of despair over the economic malaise that has gripped small towns after they were stripped of good jobs and the family farms were almost wiped out.

But Oelwein may have found its own new beginning. In the past several years, a heavy-handed police chief named Logan busted many of Oelwein's mom-and-pop meth labs. The mayor then pushed through $10 million worth of public works projects and the revitalization of Oelwein's tiny business district and industrial park.

While Reding was covering Oelwein, meth finally got its moment in the national media, including a cover story in Newsweek and a long series of hard-hitting articles in the Oregonian newspaper. As quickly as it was picked up, meth was dropped as a news story. After the press flurry, there were cries that the "meth epidemic" was all a media creation.

Despite major Mexican drug gangs importing hundreds of millions of dollars of high- quality methamphetamine into the U.S. every year, the federal government's Office of National Drug Control Policy has declared "the war on meth" was won. "When meth was on the verge of its biggest comeback, in 2007, that the war on the drug would be declared over was indicative of the federal government's unwillingness to deal with reality," Reding said.

After the mayor's economic plan, Oelwein has undergone a small economic miracle, adding 600 jobs in the past several years. "They have a biotech firm making cancer drugs out of pigs' ears with $20-an-hour wages," said Reding.

Despite Oelwein's new jobs, there is still plenty of high- quality Mexican meth around and plenty of meth addiction. "Has the economic resurgence in Oelwein caused the amount of meth to go down?" asked Reding. "One would have to say no."

The grim statistics that indicate that meth is still causing great tragedy in Oelwein can be seen in the children being taken from their parents and/ or put under court supervision.

"Nathan Lein told me that as of June 15, of the 50 cases in his county of a 'child in need of assistance,' 37 involved methamphetamine," said Reding.