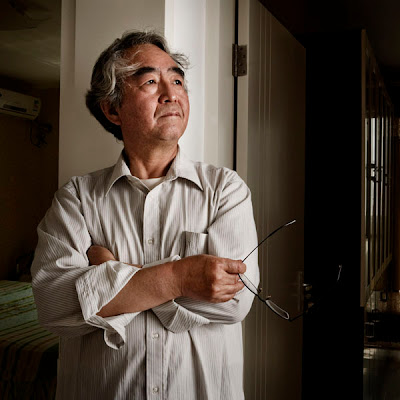 In his story collection “Woman from Shanghai: Tales of Survival from a Chinese Labor Camp”(Pantheon, $25), the Chinese writer Xianhui Yang recounts the devastating anti-rightist campaign under Chairman Mao in the 1950s through the story of 3,000 intellectuals who were sent to the Jiabiangou concentration camp in the Gobi Desert in 1957. Forced to grow their own food, the inmates suffered mass starvation and abuse from the guards. When the prisoners were released in 1960, only 500 were still alive.

Yang’s stories stem from interviews with more 100 camp survivors. The fact-based stories follow the daily battle for survival, from foraging and stealing food to the small number who escaped. In “Woman from Shanghai,” a group of dying prisoners try to protect a visiting wife from finding out that her dead husband’s body had been cannibalized. In another story, a camp doctor discovers that a high-level communist official’s father-in-law is starving in the camp. Yang’s stark stories reveal the buried atrocities of Jiabiangou and show that even in hell, many prisoners’ humanity couldn’t be broken.

Yang, 63, spoke with freelance writer Dylan Foley by telephone from the port city of Tianjin, China, near Beijing. The conversation was translated by the book’s award-winning translator Wen Huang.

Q. You found about the atrocities at Jiabiangou in 1965. Why did it take 30 years to start writing about the camp?

A. First, when you have an idea, it takes a while for it to ferment in your mind. Second, there needed to be the right social and political climate for these stories to be published. The government archives were sealed, so I obtained information from the individual survivors.

Q. What kind of people were labeled as rightists and imprisoned??

A. The majority of the people locked up in Jiabiangou were professionals and intellectuals, who were considered potential threats to the proletariat. They had to be purged and the anti-rightist movement provided the right excuse.

Q. Your stories have a journalistic style. Why did you write them as fiction?

A. I wrote the stories in a more detached manner, for I feel that the writing will have greater value if the writer controls his emotions. Then the reader can interpret the writing. China is different than America. If I wrote long, nonfiction work, it would not be published in the magazines. It is also highly probable that I would have run into trouble with the authorities if I published the stories as nonfiction. It is less of a hassle to say, “These stories were my own imagination.”

Q. In the stories, sisters turn in brothers and mothers refuse to help their sons escape the camp. How was the family structure attacked?

A. The government controlled all the media and propaganda. Lies became truth. Some truly believed in the revolution, which destroyed 5000 years of Chinese culture and society, including family values. People felt no guilt in betraying a family member. It became normal in such a society.

Q. There are still fragments of goodness and grace in the camp, where prisoners try to save each other. Could you explain how these acts of decency survived?

A. The prisoners’ humanity is one of the key points I wanted to make in the stories. China has endured one disaster after another, but the Chinese people have survived with such resilience. We survived because traditional values could not be destroyed by tanks or the police. As humans, the instinct is to live and to help your fellow humans.

Q. One of the best stories is ‘The Thief,” where a wily man eats everything he can steal, from corn to goat skin. What was he like in real life?

A. He was so resourceful. When I talked to the thief, he came out as someone who faced his life with great humor. I had to write the story to reflect his wit.

Q. In the last story “Jia Nong,” a group of women prisoners conspire to save a newborn baby. What does this story show?

A. I wanted to explore an act of compassion among these women, who came from very different walks of life. Their love for this baby boy united them and made it possible for them to overcome adversity.

Q. Do you think there will ever be an historical accounting of the atrocities at Jianbiangou?

A. The chance of the government addressing the issue is very remote. You’d need to change the soul of the country, and that means full democracy and freedom of the press.